A Tube Of Relaxation

Today I am getting an MRI done on my shoulder. I have had shoulder pain for about seven years, and after trying so many different things to avoid surgery, I have finally decided that surgery might be the only way. Is it weird that I am all excited to get the MRI? Forced to lay down, stay still, and not move. I will have no choice but to not accomplish anything. I know some people freak out at the thought of being in a tube, but not me. To me it’s a protective bubble that keeps the ToDo’s away. GO AWAY ToDo list! You can’t touch me in the tube. BE GONE!!! I think vampires had the right idea. They knew no one would open a coffin and ask them to do something. They weren’t being creepy, they were just smart. 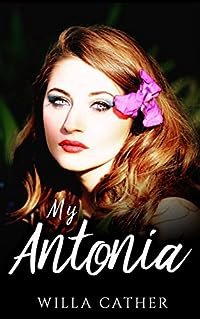 My Antonia
by Willa Cather

My Antonia tells the stories of an orphaned boy from Virginia, Jim Burden, and the elder daughter in a family of Bohemian immigrants, Ántonia Shimerda, who are each brought to be pioneers in Nebraska towards the end of the 19th century, as children. Ántonia must work as a servant on the farms of her neighbors after her father commits suicide. She elopes with a railway conductor but returns home and eventually becomes the patient and strong wife of a Bohemian farmer, Anton Cuzak, the mother of a large family and a typical woman of the pioneer West. 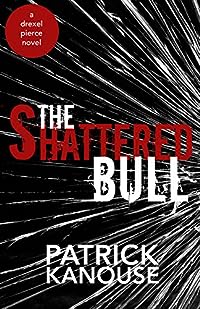 The murder of a prominent politician with an unsavory past. A detective grieving the loss of his wife.

As Detective Drexel Pierce struggles to overcome the mysterious death of his wife, the murder of a city alderman, Hal “the Bull” Nye, and its investigation threatens Pierce’s career. Found in his secure high-rise condominium, with no obvious mechanism of death, what killed the Bull may be as mysterious as who killed him. The lone clue that could expose the killer is a cryptic message burned into a desk. While Drexel’s commander pushes to arrest the Bull’s young girlfriend to please the politicians and media, he seeks out the truth, following a trail of mobsters, rivals, and pasts best forgotten. As the machinery of investigation closes in on the Bull’s young girlfriend, Drexel risks it all to save her and save his illusions of a society that believes in truth.

THE SHATTERED BULL is the first book in the Drexel Pierce mystery series set in modern Chicago with compelling characters and twists and turns along the way. Fans of Michael Connelly, Ian Rankin, and Ross Macdonald will love this new mystery series. 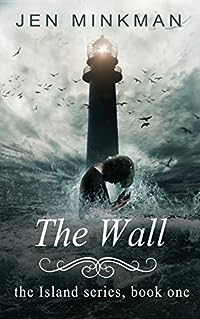 The Wall: (The Island Series #1)
by Jen Minkman

‘I walk toward the sea. The endless surface of the water extends to the horizon, whichever way I look.
Our world is small. We’re on our own, and we only have ourselves to depend on. We rely on the Force deep within us as taught to us by our forefathers.
If I were to walk westward from here, I’d come across a barrier – the Wall. Behind it, there are Fools. At least, that’s what everyone says. I’ve never seen one.’

Leia lives on an island where children leave their parents to take care of themselves when they’re just ten years old. Across the island runs a Wall that no one has ever crossed. The Fools living behind it should be shunned because they believe in salvation from across the sea. That’s what The Book says, the only thing left to the Eastern Islanders by their ancestors.
But when a strange man washes ashore and Leia meets a Fool face to face, her life will never be the same again. Walt, the boy from the other side of the Wall, isn’t as foolish as she was always led to believe. And as Leia and Walt set out to bring the truth about both their societies to light, all the things they once took for granted fall by the wayside.

Their island world is about to change… for better or for worse. 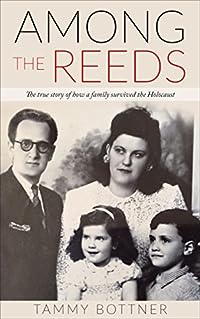 Among the Reeds: The true Story of how a Family survived the Holocaust
by Tammy Bottner

During the dark days of the Holocaust, a Jewish family struggles to survive.

When her son was born, Tammy Bottner experienced flashbacks of being hunted by the Nazis. The strange thing is, these experiences didn’t happen to her. They happened to her grandmother decades earlier and thousands of miles away.

Back in Belgium, Grandma Melly made unthinkable choices in order to save her family during WWII, including sending her two-year-old son, Bottner’s father, into hiding in a lonely Belgian convent. Did the trauma that Tammy Bottner’s predecessors experience affect their DNA? Did she inherit the “memories” of the war-time trauma in her very genes?

In this moving family memoir, told partly from Melly’s perspective, the author, a physician, recounts the saga of her family’s experiences during the Holocaust. This tale, part history, part scientific reflection on epigenetics, takes the reader on a journey that may read like a novel, but is all the more fascinating for being true. 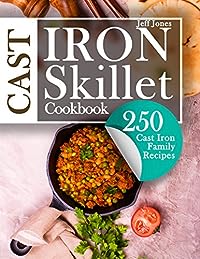 If you have ever tried cooking with the cast iron cookware – you should know it is the best type of the dish! If you have never tried it – you will be amazed by its features!

It is a well-known fact that food that was cooked using the cast iron cookware is more delightful and almost never burns!

You can be sure that here you can find over 250 the best recipes for the breakfast, lunch, dinner, and even snacks in this cookbook.

All the recipes have the easy directions and can be cooked even by the freshmen in the world of cooking.

If you are a real chef in the kitchen – this book will give new ideas for the food masterpieces.

The best thing about the recipes that you found in the cookbook is that you can cook them everywhere: in your cozy kitchen, at office kitchen, picnic, countryside, or even in the forest!

You can change the proportions and substitute the ingredients by yourself – all the recipes can be adjustable especially for your occasion!

Check put some of the recipes you’re about to discover:

Get your copy today!