Author Kimi Flores does an amazing job writing inspirational stories about falling in love again and trusting your heart completely to another person. These swoon worthy books will definitely warm your heart on these cold winter nights. Each Intertwined Hearts love story can be read as a standalone and contains mature language and adult situations, but there are no detailed sex scenes. Enjoy! 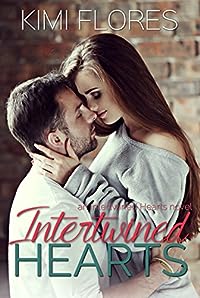 To let go, forgiveness is necessary.
Even if the one that needs it is yourself.

As a teacher in her hometown of Santa Barbara, California, Abby Sullivan finally feels like she has something to offer. She has a purpose, a wonderful best friend, and a supportive mother. Abby is very talented at many things, especially hiding the pain of her past. That is until her world collides with Caleb Hunter’s.

With an ever-present ache in his chest, Caleb is living life day to day, grieving the loss of his wife. As a successful writer, he’s thankful that his schedule doesn’t require him to get out much. But when his five-year-old daughter, Madison walks into Abby’s kindergarten class at the beginning of the year, everything will change.

With a little matchmaking magic from Caleb’s loving mother-in-law, things will be set into motion, love will grow, and hearts will heal as they intertwine. But when those past pains come to light, will Abby be able to forgive? And will Caleb be able to let go? 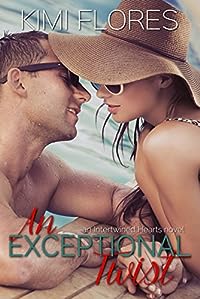 What’s a girl to do when the one person she’s been forewarned about is the only one that her heart desires?

Leah Valdez is a sassy, intelligent, hard-working woman whose beauty shines from both inside and out. Friends and family have always come first, but it’s time for her to start thinking about her own future.

Stefen Hunter is a rich, charming, sexy playboy. With seemingly no effort on his part, countless women flock to him. That is, until he meets Leah. He can’t understand why it’s so difficult to win her over or what it is about her that intrigues him so much.

When an unfortunate event intertwines their lives, Leah finds herself in a war between her thoughts and desires. To forgive, and ultimately trust Stefen, she will have to put her heart on the line. After what he’s put her through, she’s not sure she’s willing to do that.

As compassion meets resistance, will Stefen be able to step out of his comfort zone and accept that he can become the redeemed man worthy of Leah’s love? Is Stefen and Leah’s connection strong enough to withstand An Exceptional Twist? 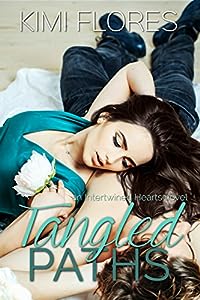 Is it possible to flee your past? Or does it sit patiently, waiting for your return?

Tired of traveling the world in order to escape reality, Bri Hunter has finally found a place to call home. Settled into Santa Barbara, close to her brother and cousin, she’s ready for a little peace. Wanting to avoid the tormenting, incessant calls she receives, she throws herself into helping her sister-in-law’s growing floral business. It doesn’t take long to run smack into the one guy she’d given up on ever seeing again.

It’s been five years since Josh Tucker has sobered up, left his Hollywood lifestyle far behind, and sheltered himself on his horse ranch in Santa Ynez, California. If it hadn’t been for his family, he probably wouldn’t be around to tell his story. When a beautiful brunette shows up at his cousin’s vineyard, something in her spiteful eyes tells him their paths have tangled together before.

As Josh begins to uncover who Bri is, he finds himself falling for her. Will he find a way to convince her to trust him? And will she be able to let go of the past and move forward? When a traumatic event strikes, Bri will have to decide if she’s going to let life continue to cripple her — or set her free. 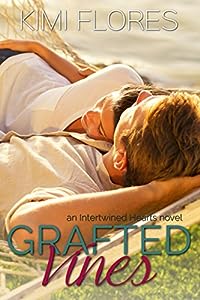 It’s often said, when one door closes another opens. But what if, in the end, you’re left standing alone in its threshold?

At fifteen, Dani Valdez lost the most important man in her life — her father. After years of therapy, she’s continued to make one bad choice after another, desperate to soothe the emptiness his death left behind. Even with a fulfilling career as an in-home nurse and caregiver, her personal life is less than stellar. Now in her early thirties, not only is Dani the oldest and curviest girl in her group of friends, but she’s also the last childless, single female. It’s time for her to take a new path, so she’s pushing past her self-doubts and taking control of her destiny. And with her close friend, Zachary, there to support her, she’s confident in her decision. That is, if she can get over the fact that Zachary is the love she’s not meant to have.

Zachary will never forget what it felt like to be hungry and abandoned by his mother in their rundown, dirty apartment. He still couldn’t believe he’d been given a second chance as a teen when Joel Evanwood not only adopted him, but also taught him how to run his vineyard. After an impulsive one night stand with Dani, his best friend, Zachary decides to shut everything out and throw himself into work. He can’t take a risk on a relationship with her, even if he wanted to. But when a devastating diagnosis alters his world, he will reach for the only steady thing in his life — her.

It doesn’t take long before their relationship heads down an uncomfortable road, reminding him of why he can’t give her everything she wants. In order for him to stand by her, he’ll have to deal with old memories he’d rather leave buried.

But is Zachary strong enough to let Dani in to see the painful burden he’s carried from his past? Or will his stubbornness kill any chance they will ever have?

Each Intertwined Hearts love story can be read as a standalone but this is the order they were published if you’d like to read them all: 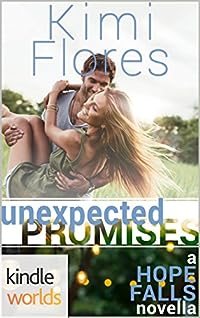 My plan was simple.

Retreat to Hope Falls for the summer, seclude myself in one of the many picturesque mountain homes and study for the test that had kept me from advancing my career.

No distractions. No interruptions.

I should’ve known fate would have its own agenda.

All it took was a few sarcastic comments from my temporary roommate and one coy peek over her shoulder to make me feel again.

And now all my carefully laid out plans had been shot to hell.

Unexpected Promises is a standalone novella in the Hope Falls Kindle World. This crossover story connects my Intertwined Hearts character, Blaine Zuckerman and one of Hope Falls newer residents, Andie Sommerville as they interact with several Hope Falls characters. It can be read on it’s own.