Death Is In The Air

Filled with tension in all the right places, author Tim Moon’s novels are definitely a must read. His characters are so well crafted you feel as if you have met somewhere before. Enjoy! 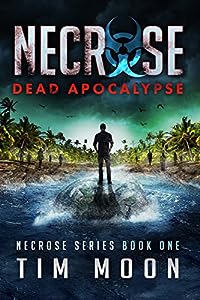 You don’t expect the zombie apocalypse when you’re on vacation.

The Necrose-7A virus is spreading. It catches up to Ben Chase on his way to Kona, Hawaii for an adventurous trip with his friend Ty. Unwilling to acknowledge the reality of the horrors they witness, they nevertheless find themselves surrounded by flesh-eating monsters – zombies.

The infection spreads virtually unchecked, forcing them into a daring fight for survival. When Ben is faced with a critical decision that places the fate of his friends in his hands, what he must do to save them is unthinkable.

Dead Apocalypse will leave your skin crawling as you follow Ben’s desperate attempt to survive the doomed island paradise. 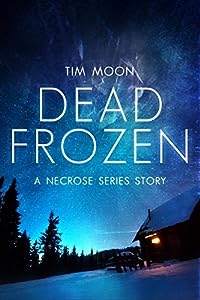 The zombie apocalypse has struck Alaska!

Working security at the airport is often interesting but rarely dangerous. Yet Gavin McKnight finds himself up against a tough choice: follow the rules or defend his coworker.

When things spiral out of control, Gavin rallies survivors in a heart-thumping battle that will forever change his life.

Dead Frozen is an action-packed zombie apocalypse novella that takes place in Anchorage, Alaska during the same time frame as Dead Apocalypse: Necrose Series Book One 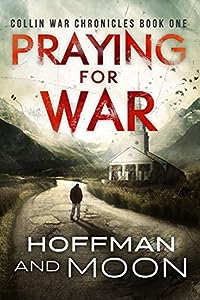 In a future that feels suspiciously like the past, death is in the air.

Collin War wakes up in a bed that is not his own, in a body that feels changed. He is the first of his kind, the first to recover from a mysterious fever that has ravaged the world. Collin awakens in the small town of Goshen, Montana, a community struggling to survive while maintaining a faithful existence. He yearns for his lost family but finds himself drawn to the people of Goshen.

Stepping into the leadership role he was destined for, Collin helps his new friends cope with loss, defend against the fever and battle outsiders seeking to destroy the town and all it stands for. But from the ashes of death comes the realization that not all savages live in the wild. 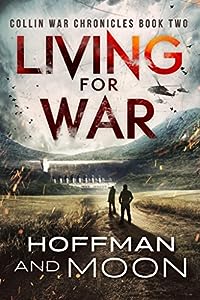 Is the truth important when the world survives on lies?

As Collin War’s world expands, he finds himself and the small town of Goshen, Montana pitted against Hathaway Agricultural Genetic Sciences, the ultra-powerful corporation that caused the fever and destroyed the world.

Knowing that a life under the control of HAGS is not worth living, Collin leads the survivors and their rustic neighbors in a fight against oppression, with the hope of one day restoring American society as they knew it.

As his past is revealed, Collin realizes that the fate of Goshen and the world as a whole is in his hands. Giving up would be easy, but Collin has never taken the easy way out.

Freedom will be won, but at what price?

Living for War is the second book in The Collin War Chronicles. 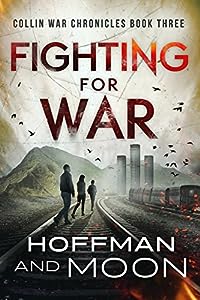 Freedom has a price and the currency is blood.

Armed with Dr. Julie Horner’s vital serum, Collin War aims to spread a vision of hope and liberty to every group of survivors he can find. Dispatching teams to rally allies for a counterattack on Hathaway Agricultural Genetic Sciences, Collin prepares for what is easily the most important fight of his life.

As Collin learned in the Marine Corps, a plan rarely survives contact with the enemy. When HAGS springs a trap on Collin and his team, he must fall back on his training to improvise, adapt and overcome.

Dark and terrible secrets are uncovered. A new force has risen from the ashes of America to fill the leadership void. And the tree of liberty must be fed the blood of patriots.

This is The Collin War Chronicles.