I think Junebug slipped some Fountain of Youth juice to my kitty Sinny. Before our little firecracker Junebug came along, Sinny would sleep all day, or sit quietly on the windowsill and watch the world go by. In the past ten minutes I have taken him down from numerous places in the house that he is not allowed, including the kitchen counter, on top of the computer desk, and he was aiming for the top of one of the tall cabinets, but I got him in time. He is acting the way he used to when he was a kitten. It’s like he discovered exploring again. I even caught him running around the house playing with a cat toy. I’m happy that Sinny is getting a little bounce back in his step, but I don’t have the energy to take care of two rambunctious critters. I’m not saying I have favorites, but right now my old pup Jethro is my favorite. Oh… I just said I have a favorite. Well…he is. 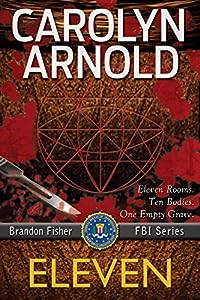 When Brandon Fisher joined the FBI Behavioral Analysis Unit, he knew he’d come up against psychopaths, sociopaths, pathological liars, and more. But when his first case takes him and the team to Salt Lick, Kentucky, to hunt down a ritualistic serial killer, he learns what nightmares are truly made of.

Beneath a residential property, local law enforcement discovered an underground bunker with circular graves that house the remains of ten victims. But that’s not all: there’s an empty eleventh grave, just waiting for a corpse. The killing clearly hasn’t come to an end yet, and with the property owner already behind bars, Brandon is certain there’s an apprentice who roams free.

As the FBI follows the evidence across the United States, Brandon starts to struggle with the deranged nature of his job description. And if the case itself isn’t going to be enough to push Brandon over the edge, he’s working in the shadow of Supervisory Special Agent Jack Harper, who expects nothing short of perfection from his team. To make matters even worse, it seems Brandon has become the target of a psychotic serial killer who wants to make him — or his wife — victim number eleven. 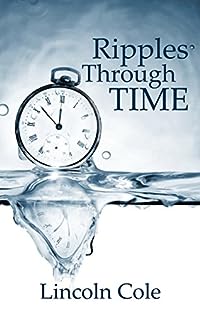 Ripples Through Time
by Lincoln Cole

Calvin Greenwood is a family man in his eighties. He is alone for the first time in over sixty years: his wife, Emily, just passed away and he isn’t taking her loss well. He doesn’t remember how to be alone, and he isn’t sure if he can forgive himself for the mistakes he made while she was alive.

Edward White is a long time family friend who knows something is wrong with Calvin. He comes to check on him during his time of need and make sure he isn’t planning to do anything reckless. Edward understands just how dangerous things are for someone struggling the way Calvin is, and he hopes talking to him can settle things back down. He just hopes he isn’t too late to help.

Help, however, isn’t the easiest thing to give, and it can be even more difficult to accept…

Love, loss, and forgiveness weave through this human tale of friendship and hope. 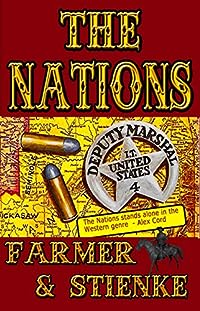 THE NATIONS also known as “Robber’s Roost” and “No-Man’s Land”, was regarded in the latter part of the 19th century as the bloodiest and most dangerous place in the world. It is the year 1885. A notorious band of outlaws, known as the “Larson Gang”, has been terrorizing Arkansas, Missouri and the Nations for years. Judge Issac Parker, the Hanging Judge, orders an all-out concerted effort to capture the gang and bring them to justice. “If they will not respect the law; then, by God, we will make them fear it.”
Marshal Bass Reeves, the first black U.S. Deputy Marshal west of the Mississippi, along with his partner Jack McGann, two other deputies and two Indian Lighthorse are tasked to take the youngest member of the gang, Ben Larson, on the treacherous journey to Fort Smith with their prisoner shackled to the bed of the Tumbleweed Wagon.
“It is not the severity of the punishment that is the deterrent… but the certainty of it.” – Judge Issac C. Parker. The Nations blends historical and fictional characters to create a fast-paced action western. 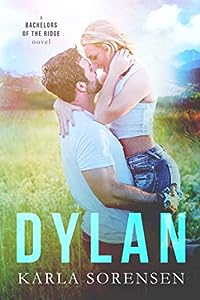 Dylan (Bachelors of the Ridge Book 1)
by Karla Sorensen

When the new hot guy in town is your boss, you should probably leave him alone.

In theory, Kat Perry understands that. She’s younger than him, she’s a virgin, and she’s only ever been the quirky girl, the friendly girl without any real friends. Until Dylan. He looks like a superhero and has the arms to match, but he befriends her, and that’s too valuable for her to risk.

When you move across the country to jump-start your stalled life, you should probably leave your irresistible employee alone.

In theory, Dylan Steadman knows that. He’s never crossed that line before, and he refuses to start with Kat. But she’s the first woman to truly test his resolve, test the stubbornness that he’s famous for.

Once they tap into the chemistry they’ve been fighting, they know they can’t resist anymore. Keeping their relationship light and without strings is perfect. He says they’ll stay friends. She knows she won’t fall in love with him.

In theory, it’s easy enough. In reality? Not so much. 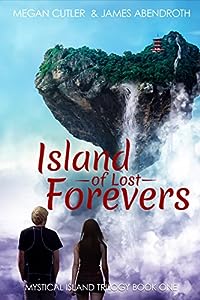 Is the island paradise or does a nightmare lurk beneath the surface?

When a mysterious island appears off the coast of San Francisco, two intrepid academics risk everything to discover its secrets. Catilen Taylor has struggled all her life with the ability to sense others’ emotions. Damian Cooke studies an ancient art he calls ‘magic.’

The island boasts an idyllic retreat, ruled by the enigmatic Sentomoru, who invites them to share the wonders of his bathhouse. But as the travelers strive to unravel the island’s secrets, Catilen senses danger stalking their steps.

Neither Catilen nor Damian know how long the island will remain on Earth. If they can’t solve its riddles quickly, they may be trapped wherever it goes when it vanishes.