I Have An Idea!

I think hubby might be avoiding me. I shouldn’t have said those words he hates so much… “I have an idea!” With the old chicken run torn down there will be some building to do and heavy lifting. I am not sure exactly what yet, but it is guaranteed to happen. He won’t be able to hide for very long. Our house is not that big, but it does have a lot of doors for him to run out of. Thankfully he hates running as much as I do, so he can’t keep this up for long. He can hear me typing right now, so he knows he has a few minutes to rest and recoup. I’m going to scream, “All Done!” and see if he makes a run for it. 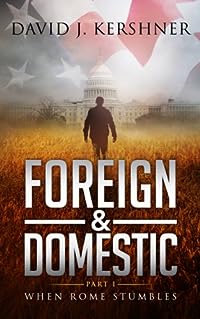 When Rome Stumbles (Foreign and Domestic Book 1)
by David Kershner

In his fictional debut, David Kershner asked himself two questions: What would it take to remove GMO’s from the US food chain? And, what would it look like if we did so abruptly?

He answers those questions and more in When Rome Stumbles, Foreign and Domestic Part I so hang on for wild ride through the halls of Congress, corporate boardrooms, and small town America!

As greed, collusion, and corruption collide in the skies above him, Josh Simmons is forced to put the pieces of his life back together and quickly recover from the last two hellish weeks of his life. He’s had to bury his ex-wife, received a letter from the grave, and gone looking for the bottom of the bottle all in an attempt to suppress the demons from his failed marriage and the barbarism he experienced as a POW. Little did he know that his eccentricities and panache for self-sufficiency were about to be thrust center stage for all the world to see. Small town America is an afterthought to the backdoor dealings that hits closer to home than you might think. 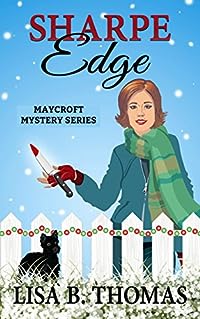 A HAPPY HOLIDAY OR A SILENT NIGHT?
A Christmas party for the upper crust of the small Texas town of Maycroft turns tragic when the hostess ends up dead. Everyone assumes her death is an accident — everyone except her daughter, Estelle. She turns to Deena to help solve the mystery. A jealous friend and a mysterious heir are just two of the likely suspects.

As a school teacher turned newspaper reporter, Deena must get crafty to dig out the truth before anyone else gets hurt, including her own brother, Russell. Not only is there a possible killer on the loose, but this may be Russell’s last chance at true love.

SHARPE EDGE is Book 1 in the Maycroft Mystery Series. A little romance, some snarky suburban competition, and a lot of mystery will keep you turning pages in this clean, cozy whodunit. 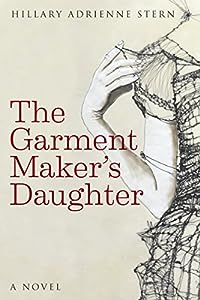 The Garment Maker’s Daughter is a multigenerational saga of immigrant dreams and sweatshop realities, labor strikes and women’s rights. It is the story of Lena Rothman, a shirtwaist-maker and active suffragette whose plans get derailed when she falls in love with her best friend’s boyfriend; Jake Brenner, a passionate labor organizer determined to lead the shirtwaist-makers on a high-stakes strike; and Daniel Cowan, a brilliant and ambitious night-school student hobbled by a shameful past.
Fate draws them together. Emotions bind them to each other. But secrets will tear them apart. When a devastating blaze engulfs the shirtwaist factory, Lena must fight for her life. And in the chaos of the fire’s aftermath, mistakes will be made with consequences that continue into the next generation.
Spanning the first half of the twentieth century, this is a story about unforgettable characters and the threads of friendship, love, betrayal, and redemption that form the fabric of their lives. FAns of Adriana Trigiani, Kristin Hannah, and Christine Baker Kline, will love The Garment Maker’s Daughter. It’s that rare novel you’ll be thinking about long after you’ve finished it. 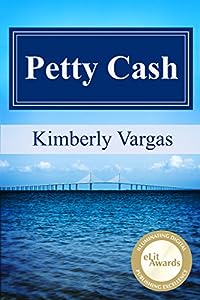 This is the romantic office comedy that human resources warned you about.

What if the smartest guy and the most beautiful girl at the office formed an alliance to help each other get promoted?

Florida resident Rebecca Blake works as an assistant to a group of psychologists. She is strikingly beautiful and athletic. People see her as a nice, likable girl who is fine in her role but who could never really aspire to more at the company. Rebecca is told in her performance review that in order to get promoted, she is going to have to work on her credibility. As part of her career development plan, she is sent to a behavioral training course (nicknamed ‘Club Detention’) at company headquarters in Virginia. In error, she is partnered with Foster Diamond, who has the highest intelligence scores in the company. Even though he is a genius, Foster has his own issues around interpersonal skills, attitude and his perception overall. Rebecca and Foster have nothing in common, but between his weakness for her beauty and her admiration of his intellect, they forge an unlikely bond. During the course they find that by pooling their respective strengths, they are able to improve their careers. Sooner rather than later, their startling natural chemistry begins to take their partnership in another direction, and they must face their glaring differences or part ways. 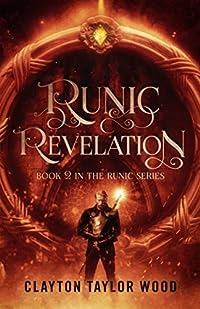 Runic Revelation is the second book in the Runic series, a contemporary epic fantasy series set in the world of Doma, where magical engineers called Runics rule the land. They are equaled in power only by Weavers, men and women that can manipulate the very fabric of the universe with their wills.

A week has passed since the Empire was nearly destroyed by the dark god Xanos. Now the leader of the most powerful government in the world, Kalibar must protect his people against Xanos’s undead army. But when an assassin nearly succeeds in murdering Kalibar, he realizes that the Empire stands little chance against Xanos’s enormous power.

With terrorists attacking the city and systematically murdering members of the highest levels of government, Kalibar must find a way to protect his country – and his new family – from an enemy he cannot begin to understand. If he fails, the Empire will be utterly destroyed… and millions of innocent people will perish!