This morning I was so full from eating all the leftovers from my hubby’s birthday party, I had to harbor seal it out of bed. My one real regret wasn’t all the tasty food my friends made, it was the cake. There is still half a sheet cake left, and I honestly don’t think I have the willpower to resist it. It doesn’t matter if I am bent over in pain from eating too much of it, if it is still there I am going to grab a fork and attack it. So today, after school, I am going to hand my baby bassets each a fork and tell them to have at it. They can eat as much of the cake as they want. No limits. I have only done this once before a few years ago and it was a crack-up. They act like they have just been given the keys to Willy Wonka’s Chocolate Factory. They also think I am the best mom in the whole wide world. The funny part is they don’t end up eating all that much. They dive in so fast and hard that they get tired of it pretty quickly. Once they are done the cake looks disgusting, and none of us mind me throwing it out. I also get the benefit of them thinking I am the best mom in the world despite the fact that I make them eat veggies and do their homework. WIN WIN!! 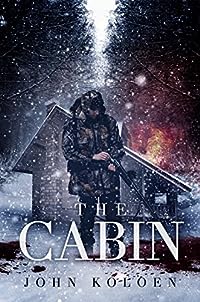 The Cabin: An Off the Grid Suspense Thriller
by John Koloen

Jacob Alexander has spent more than a decade perfecting his off-the-grid lifestyle in remote northwestern Wisconsin. But nothing prepares him for the Sovereign Resistance, a white nationalist paramilitary group. The Resistance’s activities include kidnapping, torture and murder. And Jacob’s about to battle them face to face to rescue their victims.

Jacob knows the terrain. The Resistance doesn’t. But he’s outgunned and outmanned. And his deer rifle might not be enough to make it out of this standoff alive. 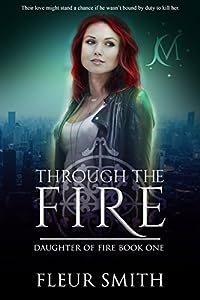 Through the Fire (Daughter of Fire Book 1)
by Fleur Smith

Their love might stand a chance if he wasn’t bound by duty to kill her.
Two years ago, Evie’s world was shattered by the revelation that not only are monsters are real, she is one. Worse, her high school sweetheart, Clay, was a hunter sworn to kill all monsters. She had no choice but to run.

As far and fast as she could.

Now, Clay is back and they are stuck on opposite sides of a war with no end in sight.

Rather than dealing death, he arrives with flowers and an attempt to reignite their forbidden romance. Being with him will expose her to his deadly family. But running again is equally impossible.

Lost in their history, Evie wants to give in. Only she can’t shake her doubt that Clay might be the bait in an elaborate trap.

Caught between what her heart wants and what her head knows, something has to give. But can two potential lovers overcome the odds and thousands of years of prejudice to be together? Or will any attempt end in flames?

Through the Fire is a romantic urban fantasy about forbidden love between a monster and the man sworn to kill her. 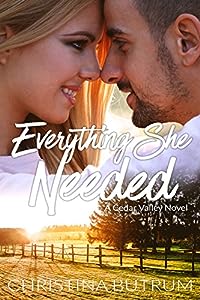 Everything She Needed: A Cedar Valley Novel #2
by Christina Butrum

Sometimes, you just have to follow your heart and allow the mountains in the distance to guide you home, where you belong…
Rachel Elliot never dreamed of leaving the city for the small town life of Cedar Valley. That was until she met Adam Jacobsen, single father and volunteer fireman at the Cedar Valley Fire Department.

Adam never imagined finding someone as down-to-earth and loving as Rachel. Having known both love and loss, along with raising a son on his own, he’s more than ready to have the family he’s always wanted.

When things heat up in Cedar Valley, fate reveals they might just have everything they never realized they needed and so much more. 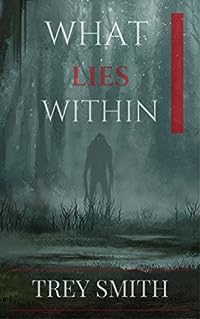 What Lies Within
by Trey Smith

Arthur Harris is a man who doesn’t like to be alone. Something of a misanthrope, his needs are thus modest — he just wants that one special someone to share his life. He gets his wish, poor devil, just not in the way he’d hoped.

This psychological horror will leave you captivated and shocked. Horror is being taken to another level. Arthur Harris faces battles with not only outside forces, but the forces inside his head. This horror story will leave you on the edge of your seat. Also, mind blown with an ending you won’t believe!

Join Arthur in this unique horror tale as he experiences love, loss, and a descent into darkness. It is a journey of fear, anxiety, and the depths of rage and madness. Arthur Harris is simply beside himself. How will he cope? Will he manage to pull himself together? 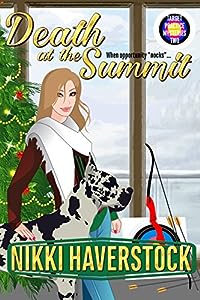 Death at the Summit: Target Practice Mysteries 2
by Nikki Haverstock

When a new Westwood employee with old grudges is murdered during the brand summit, Di starts investigating with roommate Mary and Great Dane Moo at her side.
After a snowstorm strands all the suspects at the Westmound Center and the only cop present asks Di and Mary not to get in the way, they have to keep a low profile.
It’s no surprise that Mac was murdered. He was a sexist bigot who used his business to take advantage of others prior to being bought out by Westmound. With so many suspects, will they be able to find the real killer?
A humorous cozy murder for every sleuth in the family

This is the second book in a brand-new series set at the fictional Westmound Center for Competitive Shooting Sports in rural Wyoming.