I survived another Valentine’s Day, and I have to say I am pretty proud of myself. My weakness is all the delicious homemade treats that everyone is passing out and I find them so hard to resist. I will admit though, if a child asks me if I want a treat, I always ask if they helped make them. If the answer is yes, I tell them how tasty they look but that I am so full, no thank you. Boogers… that’s all I am going to say. Hubby knew I didn’t want any chocolates because I am still trying to recover from the holidays. By him not giving me any chocolate in the morning, it was much easier to resist the temptations for the rest of the day. After a victory like this I usually reward myself with a sweet treat, and then wonder why I can’t lose any weight. With my birthday right around the corner I know I have won a battle, but not the war. I have a goal to be able to wear shorts at Disneyland this summer without feeling so self conscious. Watch me reach my goal and then a freak storm has it raining my whole trip. I am going to cheat a bit. My partner in crime found some magic weight-loss pants on the internet, and I am going to try them out. I hear they stink pretty bad, but who cares? Not this girl!! 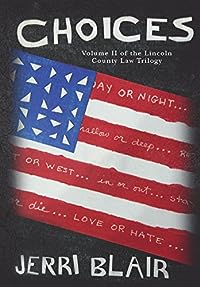 A brilliant young trial attorney faces the challenge of a lifetime when he’s appointed to enforce a teenager’s fundamental privacy rights while also representing a man charged with murdering his gay lover. He must face his own prejudices about issues that divide public opinion as his cases progress through the judicial system and come to terms with choices that matter and choices that don’t exist. 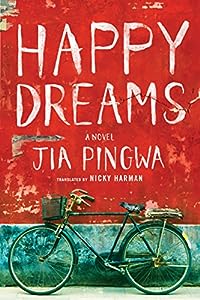 From one of China’s foremost authors, Jia Pingwa’s Happy Dreams is a powerful depiction of life in industrializing contemporary China, in all its humor and pathos, as seen through the eyes of Happy Liu, a charming and clever rural laborer who leaves his home for the gritty, harsh streets of Xi’an in search of better life.

After a disastrous end to a relationship, Hawa “Happy” Liu embarks on a quest to find the recipient of his donated kidney and a life that lives up to his self-given moniker. Traveling from his rural home in Freshwind to the city of Xi’an, Happy brings only an eternally positive attitude, his devoted best friend Wufu, and a pair of high-heeled women’s shoes he hopes to fill with the love of his life.

In Xi’an, Happy and Wufu find jobs as trash pickers sorting through the city’s filth, but Happy refuses to be deterred by inauspicious beginnings. In his eyes, dusty birds become phoenixes, the streets become rivers, and life is what you make of it. When he meets the beautiful Yichun, he imagines she is the one to fill the shoes and his Cinderella-esque dream. But when the harsh city conditions and the crush of societal inequalities take the life of his friend and shake Happy to his soul, he’ll need more than just his unrelenting optimism to hold on to the belief that something better is possible. 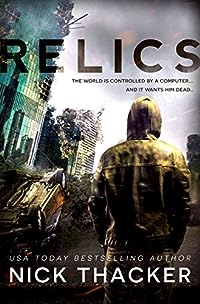 A computer program runs the world.

Myers was the President, now he’s a Relic.

In this world, he must fight for his life. Literally.

And now he’s being hunted…
This is Relics.

Myers is a Relic. Cast out of society by a computer program that’s far more efficient at managing and regulating human life than any human ever could be.

The System is running everyone’s life. It’s quickly becoming smarter than humans, and it no longer has any need for leaders like Myers. There’s a technological singularity coming, and only Myers knows how to stop it.

The problem? He doesn’t remember anything from the past fifteen years.

And now he’s being hunted… 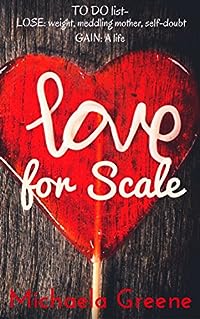 Love for Scale
by Michaela Greene

Twenty-seven-year-old Rachel Stern is in a rut. Despite her mother’s best efforts, she is still single. At two-hundred and forty-two pounds, she still lives at home, the victim of a constantly-cooking Jewish mother whose force-feeding techniques have become legendary.

As if that isn’t bad enough, Rachel’s Friday and Saturday evenings are spent with her parents and her Saturday mornings consist of wedding gown shopping with her also single best friend. She is clearly going nowhere. But at least she’s not alone. Until her best friend snags a boyfriend.

Finally, unable to stand herself and her weight problem anymore, Rachel signs up for Weight Watchers.

Finnegan Schwartz, a young man who has already been successful at the Weight Watchers program, having lost a hundred pounds, champions Rachel and becomes her impromptu weight loss coach and newest friend. Rachel soon learns there’s so much more to this funny and shy guy who she’d overlooked before.

Amid her mother’s overzealous attempts to fix her up, bizarre family dinners and crises that threaten to unravel the entire Stern family, will Rachel be able to find something she’s never thought was hers for the taking: self-acceptance? 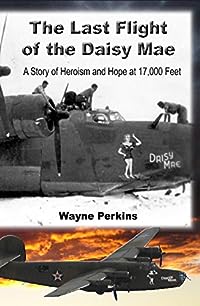 The Last Flight of the Daisy Mae: A Story of Heroism and Hope at 17,000 Feet (Whispers of Heroes)
by Wayne Perkins, Robin Perkins

A young Army Air Force recruit, a farm boy, a postal worker a young mother, a nurse and a goof off, use their unique skills to fight and win World War II. The war is fought at home and in the stormy Pacific skies.

On December 7, 1941 a high school senior, Fran Perkins wakes up in his Chicago home to talk about Christmas shopping with older brothers Jim and Bob. As Fran’s father, a combat veteran of World War I, turns on the large console radio to listen to music, there is an announcement the Japanese Armed Forces are bombing Pearl Harbor and World War II begins in the United States. Fran and his two brothers enlist the next day to fight the war so their younger brothers Edward and Raymond won’t have to fight.

This is the true story of Fran Perkins and the crew of the Daisy Mae, a B-24 Bomber flying and fighting in the skies over the Pacific Ocean. Nicknamed the Hawaiian Air Force, the 42nd Squadron, assigned with the 11th Bombardment Group (H) and other squadrons and groups, fly and fight together to win World War II.

The 11th Bombardment Group, called the “Grey Geese, was almost completely wiped out during the attack on Hickam Air Field in Hawaii at the same time ships at Pearl Harbor were in flames. The group recovers, retools, and begins life again with B-24D Bombers that fly in small groups because of their limited numbers, and cover millions of miles of featureless ocean. Their mission is to protect the Hawaiian Islands from future attack, find downed aviators and crews, and lead the Bomber Line from Hawaii to Victory over Japan.

Fran Perkins is fighting for his family, his airborne band of brothers and his Lady Elaine who is finishing high school at Calumet High School just down May Street from the Fran’s home in nearby Washington Heights.

Fran is soon tested in a battle during basic training and on dangerous training assignments long before deploying to the Hawaiian Islands and his destiny with the Daisy Mae. Piloted by Lt. Joe Gall, the best pilot in the Army Air Corps and the best ship called the Daisy Mae, the crew flies and fights as brothers at 17,000 feet, culminating in their last battle together, the “Alamo in the Sky,” over the Japanese Fortress on Wake Island on July 24, 1943.

The Daisy Mae flies with many crews in the squadron because every time the B-24 Bomber lands from an eight-hour mission over long distances of featureless ocean, it refuels and takes off to fly and fight with a fresh crew. The Daisy Mae made up of tons of steel and aluminum, fights with a heart and soul by shielding her crew on the bombing runs and she demonstrates her unbelievable magic and love of her favorite crew during her final flight.

This exclusive Kindle edition takes you through the deadly training for the young men, born of the Great Depression and flying, fighting, and dying for their country and each other, during the summer of 1943. Filled with stories of adventure and sprinkled with humor, this never before told true story will fill your heart with hope and have you standing and saluting the brave warriors their faithful families and friends, fighting World War II from back home.

The adventure of heroism and hope includes many surprises that follow the flight path of the “Big Girl” called the Daisy Mae,through time, location and history.