What Are All These Hearts For?

I am not gonna lie. It was a little tough today finding good books that weren’t romances. It’s like today is a romantic day of some sorts. Not really sure. Anywho.. I think I got some goodies. Enjoy! 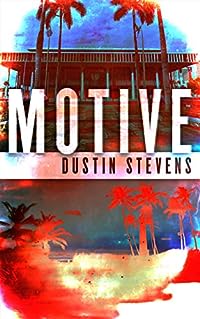 Motive: A Thriller
by Dustin Stevens

Just months before Hawaii’s gubernatorial primary election, a body is found on the floor of the open air capitol, a macabre scene specifically manipulated to draw attention to a sitting governor with waning political support. Frantic, he calls on the Honolulu Chief of Police Walter Tseng, demanding that the perpetrator be brought to justice as swiftly and silently as possible, fearful a scandal might destroy whatever chance he still has at gaining re-election.

Blackmailed into complicity and unable to draw from his active force, Tseng calls in Kalani Lewis, a young detective three months off the job. Still battling her own demons from an investigation that resulted in the death of her partner, Kalani is forced back into action, pulled into a life she isn’t certain she still wants to be a part of, a family friend that was once a military policeman and now a full-time surfer as her only support.

Inch by inch they work their way through the investigation, navigating mounting crime scenes and intense bureaucratic pressures as the election looms ever closer, the killer growing more emboldened by the day… 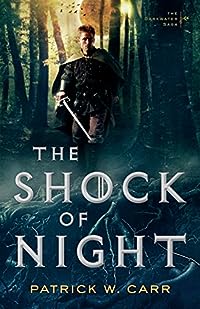 The Shock of Night (The Darkwater Saga Book #1)
by Patrick W. Carr

The Darkwater Claims All Who Enter It.
All But One.

When one man is brutally murdered and the priest he works for mortally wounded, Willet Dura, reeve to the king of Bunard, is called to investigate. As he begins to question the dying priest, the man pulls Willet close and screams in a foreign tongue. Then he dies without another word.

Willet returns to his task, but the clues to the crime lead to contradictions and questions without answers, and his senses are skewed. People he touches appear to have a subtle shift, as though he can divine their deepest thoughts. In a world divided between haves and have-nots, gifted and common, Willet soon learns he’s been passed the rarest gift of all–a gift that’s not supposed to exist.

Now Willet must pursue the murderer still on the loose in Bunard even as he’s pulled into a dangerous conflict that threatens not only his city, but his entire world–a conflict that will force him to come to terms with his inability to remember how he escaped the Darkwater Forest–and what happened to him inside it. 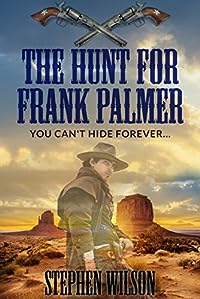 Everybody deserves a shot at redemption…

For nine years Mark’s secret life as a criminal has been kept under wraps.

Working on a secluded cattle ranch in Redemption, California, with his adopted son Chase, all he wants is to forget the past.

Maybe even hope for a family of his own one day? Perhaps his love for Lisa Bannister, an old flame, will be rekindled?
But the past is catching up on him.

Frank soon hears on the grapevine that his old gang, the Colters, are hitting up all the banks across the country, working their way towards Redemption.

But the Pinkerton Detective Agency, hell bent on throwing the gang in jail, won’t be far behind.

The sudden appearance of a beautiful, mysterious new woman in town convinces Frank his cover has been blown, especially when she starts showing an obsessive interest in him.

He turns to the only man who knows his story, Sheriff Townsend, a man he has helped many times as a free hire gunslinger. Frank knows he needs his help if he’s to weather this storm.

And with everybody wanting to find the real Frank Palmer, he also knows that time is running out.

What does his old buddy and partner in crime Sam Colter want with him? And how much do the Pinkerton’s know already?

The Hunt for Frank Palmer is a story of love, loss and redemption, told with all the panache of a classic shoot-em-up Western. It is the sequel to the first book in the Frank Palmer series, Redemption. 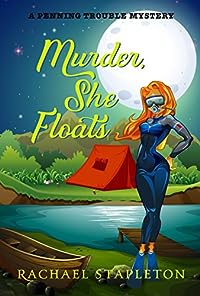 Murder, She Floats (A Penning Trouble Mystery)
by Rachael Stapleton

Journalist Penelope Trubble arrives in Bohemian Lake to help her dad with an assignment — but soon finds herself caught up in a treasure hunt! Can she unearth the million-dollar coin or perhaps just the age-old secret that’s attached to it.

With a contest prize of $10,000 on the line, the small town of Bohemian Lake is more crowded than usual with vacationers on the hunt for a planted replica of the rare 1913 Liberty Head nickel that, according to local legend, was lost to the lake over fifty years ago. With the help of a spitfire local and the town’s handsome new detective, Lucky Penny takes the bait and goes diving for the story behind the legend of the million-dollar coin. Unfortunately, her dive turns up more bodies than bounty. The deeper she digs, the more secrets she unearths, but someone else is hunting for the real treasure and they’re willing to bury Penny. 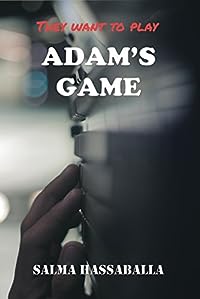 Would removing a past event make our life better? And if we assume that we have the ability to edit our lives, do we have the right to use this ability? To what extent do our life choices affect others including those we know nothing about?

This story is about five different people, they have nothing in common except that they all had bad experiences that destroyed their respective lives, and all of them play the same web- based game called “Adam’s game” that promised them a better life.