The only way my friends can enjoy the Super Bowl today is if I mow the lawn and plant that last lavender that I bought two weeks ago. No touchdowns can be made if that little plant isn’t in that pot in the backyard where no one is going to go. Will someone please explain to me why I truly believe everything that I just said to be true? Tom Brady will be very disappointed if he has to wait to make that first pass because I failed to fold all the laundry. Also on my list of ToDo’s is to sneak over to the neighbors house and see if I can steal a few caterpillars. I am a bit jealous of her. It wont affect the game at all, but it is on my list. 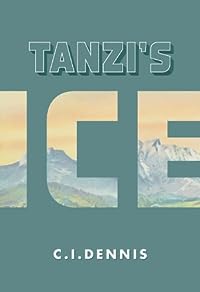 The unexplained death of his abusive, estranged father sends private investigator Vince Tanzi to his home state of Vermont in this fast-paced sequel to “Tanzi’s Heat.”
Vince reconnects with his mother, brother, and sister, only to find that his father’s efforts at making amends have put them all at risk. At the same time, his own personal life begins to carom between infatuation, responsibility, and disaster.
Follow Vince across the ski trails, jazz clubs, graveyards, and spectacular landscape of Vermont in midwinter as he races to find the killers — before he becomes their next victim. For mystery readers who like an added dash of romance, wit, and edge. 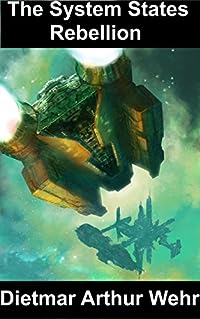 This omnibus edition includes all three books of the System States Rebellion series with over 200,000 words of military SF action. Included in this ebook are the following novels; Rumors of Glory; Rumors of Honor and Rumors of Salvation. The first book, Rumors of Glory, can still be downloaded individually and is free.

After centuries of peaceful expansion under the auspices of the Federation of Planetary States, some of the more developed colonies have had enough of the economic exploitation by Earth-chartered companies and attempt to secede. The Rebellion soon expands in both scope and violence beyond the expectations of both sides. As the war drags on year after year, it takes an unexpected turn and puts not only Human Civilization at risk but Human existence as well. This ebook has both space and ground battles, high level strategy, personal triumphs and tragedies. 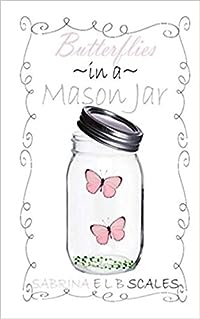 Butterflies In A Mason Jar
by Sabrina E L B Scales

Hi, I’m Sydney, respectfully known as ‘The Curly Headed Cupid’ thanks to my inherited ability to connect drifting souls to their soulmates. It seemed like a far reach at first, but with the love and support of my family and very best friend, and the bleeding hearts of quite a few strangers, I’ve built an empire guiding people to the one thing they can’t live without-love. Granted, it’s an amazing gift to possess, it’s ten times harder than it looks on the surface, and one hundred times as challenging when it comes to finding my own forever love.
Given the basis of my profession, it would appear to be as simple as matching the guy who loves sports with the girl who played ball in college. But contrary to popular belief, there is more to finding your soulmate than having extra-curricular activities and favorite music genres in common. There’s a magical element involved when finding your match, one that can’t be checked off on a list or discovered through mere appearances. There’s a feeling, one comparable to static electricity, that must be present in order to validate the connection. And if it’s not there, there’s nothing either of you can do to create it. But if it is there, even in the presence of the person you least desire to share it with, there’s nothing you can do to make it go away.
Most people settle for something close to that magic, but in the end, at the very center of your soul, it will never be enough. I’ve experienced that “something close”, and I’ve also experienced the “magic”. And there was something about the “magic” that overrode every rule I’d ever set in place… with Dashmarion.

Wassup? I’m Dash, known by many as the arrogant TV lawyer who despises love in every form. And I’d agree with most of that. It’s basically my job as a divorce attorney to be the devil’s advocate while couples sever a promise they made to God and whoever else stood witness, to stay together forever no matter what. But that’s not realistic. Sometimes things get rough-irreconcilable if you wanna use legal jargon. And when it does, I’m there to neatly arrange the division.
For a long time, after watching the ending of so many unions, I was convinced that romantic relationships were nothing more than the beginning of the end, and it wasn’t until someone called me on my sinister demeanor that I looked in the mirror and realized who I’d become. Spite was my initial reaction to being shunned all over social media by a woman who flaunted love around like a trophy, and used me as an example of what love was not. But quickly, and through an experience that could only be described as magical, I came to realize that I might have been going about this “love” thing all wrong. Stranger things have happened, but never to me… until Sydney. 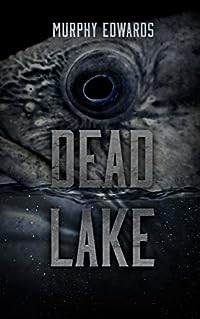 Hell has come to Vivid Valley Lake. Once tranquil, it has become overrun with tourists and outdoorsmen intent on abusing the waterways and depleting natural resources. Now, murders and mutilations are occurring at an alarming rate, atrocities so vile they defy any rational explanation. Residents are counting on Charlie Nickles, the DNR Officer known as ‘The Man Who Never Sleeps.’ Nickles learns an ancient curse has been unleashed in the valley and he’s forced to turn to a bitter rival for help. Together they hunt something never seen by scientists or anglers in any body of water — something vicious — something ravenous — something undead. Welcome to Dead Lake

“Classic, pulp horror with teeth. Flooded towns, lost cemeteries, a murky lake, and floating torsos in the water – what more could you want! Murphy Edwards delivers up an unsavoury portion of fishy terror guaranteed to have you considering the desert as your next holiday destination.” Sean T. Page, Ministry of Zombies, Author of War Against the Walking Dead, Metahorde and The Official Zombie Handbook UK 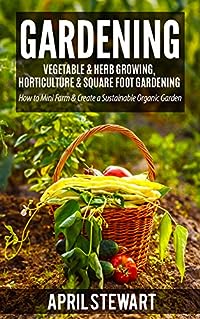 In this modern world with all of the advances in science and technology, it is often hard to be sure what chemicals you are ingesting with your food. The only way that one can be certain of what goes into the food that they are eating is to grow it themselves.

Take a look at the advantages to having your own mini farm and a complete guide to starting one from scratch. This includes the materials you will need and the steps needed to prepare the land for growing food.

Be inspired by tips for a successful mini farm. This book will teach you how to harvest, the perfect items to include in compost to help your crops grow, and tips for expanding your mini farm if you ever want to grow more.

This book is the ultimate guide that every aspiring mini farmer needs in order to grow their crops successfully. After reading, you will feel fully prepared and eager to get started and learn more about mini farming, so pick up your copy today!