I did something yesterday that I shouldn’t have had to do for a while yet. Water my garden. We went through seven years of drought here, and I really don’t feel like going through that again just yet. No body is saying anything about a drought yet, and we still have the good rain months ahead of us, so I shouldn’t be concerned, but I am. I think the next thing I am going to start thinking about is some sort of rain catching system. Poor hubby. The projects just never end for him.

Do You Love Scottish Time Travel, Sexy Highlanders, Romance, Magic, and Mystery? “Love Beyond Time” will make you laugh, cry, and leave you eager for more.

It began nearly four hundred years ago. The Conall clan and all their people were murdered in a surprise attack, their beloved castle and all evidence of who destroyed them burned to the ground with their bodies. In the centuries following, archaeologists searched through the ruins looking for any evidence of what or who had caused the untimely demise of such a powerful Scottish clan. All efforts were fruitless, until a spell put in place by an ancient Conall ancestor finally began to work its magic…

Texas kindergarten teacher, Brielle Montgomery, finds comfort in the mundane routines of her life, but when her archaeologist mother asks her to accompany her on a dig in Scotland, she decides to step out of her comfort zone. Once in Scotland, they discover a secret spell room below the castle ruins, and Bri finds herself transported back in time and suddenly married to the castle’s ill-fated Laird. Now, she must work to change the fate of his people, all while trying to find a way to return to her home and century. But with each passing day, Bri finds herself falling more deeply in love with her new husband. If she can find a spell to bring her home, will she use it? And if she stays, will it ultimately mean her own death as well?I did something yest 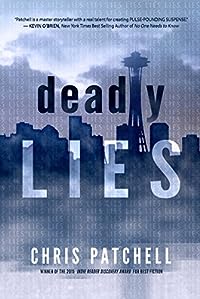 As a teenager, Jill Shannon fell victim to her stepfather’s cruel abuse. Now, as an adult, Jill’s made it — she has a successful career and a solid, if not static, marriage to Detective Alex Shannon. Together they live out what seems to be a perfect life in Seattle.

The vow she made as a teenager to never again be a victim lies dormant — until one day a reporter lures her to his hotel room under the pretense of an interview — and suddenly it all comes rushing back.

Jill seeks revenge on the reporter, triggering a series of events that leads Jill down a wormhole of retribution, forcing her to spin an ever-widening web of lies.

Meanwhile, Alex is on the case of a series of murders that began as cyber relationships. There seems to be a familiar fingerprint on these crimes, but Alex refuses to believe that the murderer could be so close to him.

For those who couldn’t put down The Girl with the Dragon Tattoo comes a thrilling ride a la Mr. and Mrs. Smith, where husband and wife stand on opposite sides of a divide created by lies and rooted in a dark and deadly past. 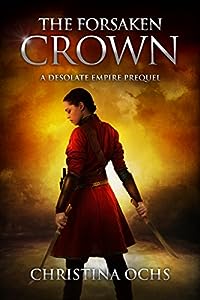 The Forsaken Crown (The Desolate Empire Book 0)
by Christina Ochs

In a deadly game of politics and power, the destinies of two unlikely heroes will combine to reclaim a kingdom–or see it laid to waste.

Scrappy, ambitious, and stubborn, Sonya’s career as a mercenary has all been part of her plan to eventually command her own army. After running afoul of the most powerful woman in the kingdom, however, Sonya’s dreams are dashed as she finds herself humiliated, condemned, and left struggling to survive.

High above her lowly state, another young soul struggles against the interior workings of a corrupt and heartless system. Prince Kendryk is at the threshold of power. Not yet old enough to rule in his own right, Kendryk takes counsel from his regent, Duke Desmond, who has his own ideas of the kingdom’s future. When Kendryk uncovers Desmond’s plot to seize the throne, he must rely on the cunning help of an outsider in order to thwart the regent’s plans and rid the kingdom of his corrupt influence.

With their destinies intertwined, Sonya and Kendryk must overcome their own weaknesses for the sake of their lives and the fate of the kingdom. Large armies stand between them and victory–do they have what it takes to face the sword and triumph?

In this prequel to The Desolate Empire Series, Christina Ochs delivers thrilling battles, devious political intrigue and compelling characters. The Forsaken Crown combines the excitement of the Three Musketeers with the sweeping imagery of fantasy. Readers are calling this powerful series “an all-ages Game of Thrones.” 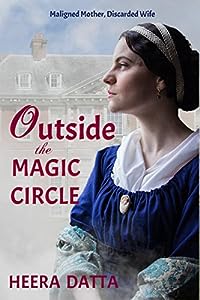 Catherine Dickens: Outside the Magic Circle
by Heera Datta

“Give these letters to the British Museum so that the world may know he loved me once.”

Poignant words, more so when spoken from the deathbed. Catherine was Charles Dickens’ wife and mother of his ten children. Yet, after twenty-one years of marriage, her illustrious husband plucked her out of his life and home, and labelled her an unfit mother and wife. In truth, he was enamored of an eighteen-year-old actress.

Why didn’t Catherine fight? Why couldn’t she fight? Outside the Magic Circle is as much Catherine’s story as of most women of those times. 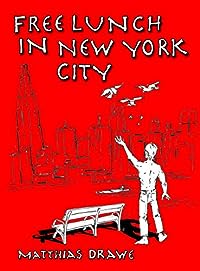 Young filmmaker Hardy von Hachenstein is trying to make it as a small fish in a big pond. He longs to put his new script into the hands of legendary producer Floyd Burns but this is harder than getting a date with the Queen of England.
On the sidelines of his journey through the independent film scene, Hardy keeps juggling several love interests, switches his identity to “Steven C. Cornfield,” and lands a nebulous corporate job in a law firm. Constantly, he gets wedged between a rock and a hard place and, just like the great Houdini, needs to find a way to wiggle himself out…
“Gritty, real, and unapologetic.” — “Wonderfully awkward situations.” — “You might need a cigarette afterwards.” (Reviews on Amazon)