Six to seven weeks. Everything takes six to seven weeks. I spit (ewwwww) in the Ancestry DNA tube and mailed it off. I should get my results back in six to seven weeks. I have to do physical therapy on my shoulder for seven weeks before I feel any results. If I take these pills for about two months I should hear results (maybe, but probably not) in sixty days. Okay, that last one is a bit longer than six to seven weeks, but still a long time. Six to seven weeks seems like forever from now, and certainly a long time for me to consistently do anything. UGH!! It is also a short amount of time after it passes. Seven weeks from now I could be without shoulder pain, knowing who my ancestors are, and finally not hearing that stupid ringing in my ears. Why stop at those three things. Why not go on a diet, try to quit coffee, and maybe even work at getting taller. I certainly don’t need that last one. I am already almost six feet with red hair. I don’t need to stand out any more than I already do. That’s the last item I should do. I should brush my hair every day for six to seven weeks! UGH!! Why did I just look at the calendar. February 17 is seven weeks from News Years Day. Had I just did all this stuff then, the seven weeks would almost have been done already! Stupid New Years Resolutions. 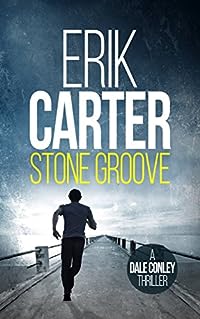 An entire town kidnapped. A 400-year-old mystery. And one shot at saving dozens of lives.

Special Agent Dale Conley specializes in the unusual, and he’s seen it all. Except for this…

An entire community vanishes overnight — just like the fabled Lost Colony of Roanoke. The only clue is a single word chiseled into a blood-spattered stone. As Dale discovers more stones with cryptic messages, he’s faced with a series of riddles related to the Roanoke disaster. Riddles that he must solve — or the hostages are killed.

Dale soon realizes that the kidnapper knows the details of his past. Including his dark secrets. Now, as he races to find the stones, Dale must come head-on with his own demons to have a chance at saving the lives of the missing people.

Stone Groove is the first book in the Dale Conley Action Thrillers Series.

If you like fast-paced action, sinister conspiracies, and loads of humor, then you’ll love this page-turning series, perfect for readers of Lee Child and Dan Brown and for fans of Indiana Jones and James Bond movies. 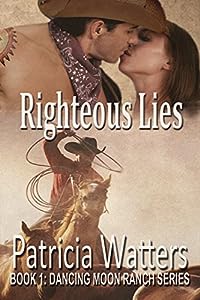 Widowed, Grace Templeton, thought the child she’d been carrying for 7 months was the child of her dead husband, and Jack Hansen thought the sperm he’d donated had gone to the wife of his sterile twin — until they learn that two vials of sperm at the fertility clinic had been accidentally switched. The shock sends Grace into early labor and the only place she can have complete bed rest is at the working guest ranch owned by the stranger who is now the father of her child, and that stranger is about to turn her life upside down.

NOTE: The books in the Dancing Moon Ranch series are intended to be read in sequence as each book moves forward in time, the series spanning thirty years ad two generations. A true FAMILY SAGA. 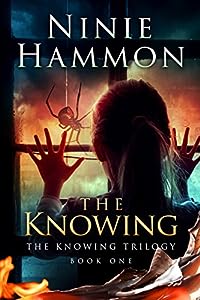 The Knowing: Book One
by Ninie Hammon

It starts with a school shooting.
It ends with the return of an evil as ancient as the skeleton of the universe.

In the middle, normal garden-variety people must figure out how to live their everyday lives — how to survive! — after they discover that all those Bible stories about demons and angels… they’re true.

When the hot call comes over the radio: “Code Red! Active shooter at Carlisle Elementary School,” Police Sergeant Jack Carpenter has only one job: find the gunman; take him out. Carpenter rushes into the school, fully armed and focused on cold, hard reality. But what happens to him in the next few hours shatters the world as he has always known it. And in the next three days, everything Jack Carpenter believes about himself, about life and reality, about good and evil and the whole nature of the universe will be challenged.

Can it possibly be true — seriously? — that invisible demons prowl among us every day?

That there exists in the real world a winged creature more horrifying than any Hollywood-animated, computer-generated, mechanical unreality?

And that the single-minded mission of that beast — a creation of absolute, soul-less evil — is to kill Jack Carpenter? 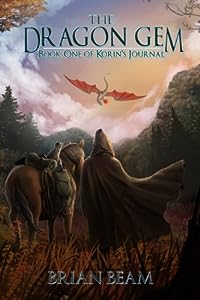 With nothing to go on but a vague dream which may or may not be memory, Korinalis Karell has spent the last three years searching Amirand for his birth parents. With a Contract to fund his journey and a magic talking wizard cat named Max to keep him company, Korin has tenaciously traveled from one kingdom to the next with no success to speak of.

However, after being hired by Count Galius Firmon to retrieve a stolen gem, Korin finds himself faced with revelations about his past that not only flip his world upside down, but throw him into a fight for his very survival.

With the aid of a mediocre wizard on a dragon hunt, a chatterbox Kolarin thief, and Max, Korin sets out to discover the truth of his past so that he may live to see his future.

Join Korin in this fantasy adventure as he faces a ruthless count, evil wizards, a furious dragon, godsforsaken creatures of death, and even worse, a sarcastic cat. 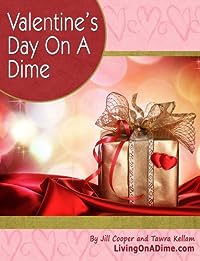 Valentine’s Day On A Dime
by Tawra Kellam, Jill Cooper

Valentine’s Day On A Dime includes lots of tips and suggestions to spice up your Valentine’s Day and to spark your creativity so that you can develop your own special ways to say, “I love you!” without spending a fortune.