Can you believe I actually got sick from gardening on Tuesday. I have to get the yard ready for this Easter, and I once again overdid it and was sick on Wednesday. I do NOT have time for this. I will tell you what was also very frustrating. My neighbors on the other side of the fence were working on a project. What kind of project you ask? I HAVE NO CLUE. It sounded like it was an awesome project with sheet metal and power tools. The problem is I don’t know them well enough to pop my head over and ask what they are up to. ERG!! Google Earth didn’t help at all. 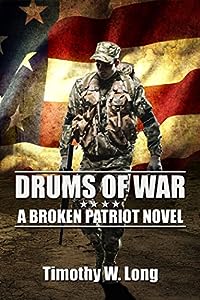 Ripped straight from the headlines!
A country in chaos. A government obsessed with power. A series of coordinated attacks on the largest cities in America.

Bradley Adams, a former Army veteran, and prepper, is swept up in a web of lies following a politically motivated work place shooting. When martial law is declared, his life descends into a series of nightmares from which there may be no escape.

This is the story of a man dedicated to defending his family, his home, and his country. 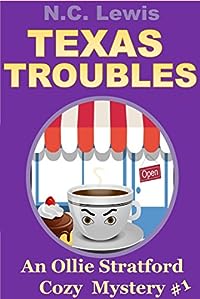 THIS SERIES CAN BE READ IN ANY ORDER.

Want to get away from the daily grind? So did Ollie!

Middle aged Professor Ollie Stratford’s been hounded by a psycho realtor, outrun by a bunch of grandma’s, taken advice from sock puppets, stuck in a brimming toilet bowl, and almost run out of college by a drunken professor. How is that for her first few days in a quiet little Texas town she never wanted to live in?

Thrust into the middle of a murder mystery with a dwindling pile of cash and very few leads Ollie starts digging. Along the way, she teams up with an oddball reporter, a dreadlocks flashing lawyer, a grandma who teaches mixed martial arts, and a stray dog named Bodie. Can she discover the identity of the killer in time or will she end up being the next victim?

If you like cozy mysteries, clever animals, southern charm, and coffee, you’ll love Texas Troubles, the first in a fun series of Ollie Stratford Murder Mysteries set in a small Texan Hill Country town, with all its quirky inhabitants. 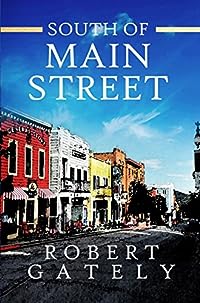 Henry Wolff regularly climbs out of his upstairs bedroom window. The neighbors think it strange that a grown man enjoys a Tarzan like swing from the roof, but then again, they all think Henry is a little strange. Recently widowed, Henry is an emotionally challenged father being sued by his daughter for financial control of the estate. Henry must prove he is normal – not an easy thing to do when you are not. Henry is different, not quite normal, not quite special. Rumors explaining his behavior run from PTSD in Vietnam to losing his son to SIDS. But Henry has a special gift. In a town divided by the have and have-nots, Henry alone can inspire and touch even the most jaded lost soul. But when tragedy strikes, can he unite his own family?

“A dynamic book set in small town Pennsylvania which explores the intangible ties that form a family, a community and the influence that one man can make crossing social and economic lines. Readers will fall in love with Henry.” 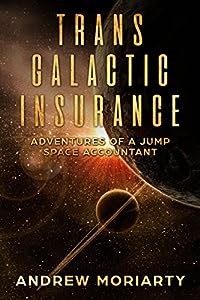 Jake is the first belter ever to study at the TGI Orbital station to be a merchant officer. He’s quiet, hard-working, conscientious, and a good student. In other words, boring. He’s so poor he can’t afford to buy beer, but that doesn’t matter – his scholarship pays for everything and he just has to keep his head down study hard, and graduate. But life is full of surprises. Suddenly he’s expelled and accused of murder. The planetary militia is searching for him and there is a bounty on his head. He’s just a student- how will he survive when it seems like the whole ring system is out to get him? 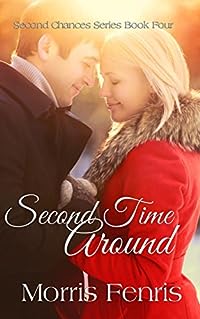 A touching and tender love story where long forgotten dreams are rekindled. Is it too late to dream again?

FBI Agent Bryan Jackson has just spent two of the longest years of his life undercover. He’s seen and done things he’ll never be able to forget. Now that he’s back in the real world once again, he’s not sure he can continue to do the job. He feels broken inside and needs some time away from the job to re-evaluate his priorities. Hiding out in Castle Peaks, Montana seems just the thing to help him heal.

Jessame Marshall is a pediatric oncology nurse, who has picked up a stalker. When an opportunity presents itself for her to leave Florida behind, and hopefully her unwanted admirer, she jumps at the chance. When her stalker finds her, she needs help, but the one thing she could do to help herself, she won’t. She has a secret, and must decide if keeping that is more important than protecting herself.

The pair find themselves drawn to each other, not only by their circumstances, but by an attraction that goes way beyond the physical. As they deal with Jessame’s stalker, an unexpected death, and an accidental fire, they find themselves not only relying on each other, but returning to their roots and Christian belief system.

Return to Castle Peaks, to see if the problems of the past will keep these two from finding the promise of a future – the second time around. 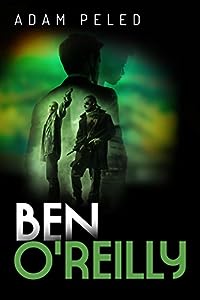 Imagine finding yourself added to a WhatsApp group whose members start disappearing!

Ben O’Reilly, divorced and in his 40s, is a member of an elite reserve combat unit who has lost his faith in love and relationships. He finds himself added by an unknown individual to a mysterious WhatsApp group. The only group member known to him is Eddie, who once was his best friend but became his enemy. Ben falls for Sharon, who he discovers was once married to a member of the group. Then group members begin to disappear one by one, and Ben suspects that he is also being targeted by a well-known mafia boss in the group.

Then a call to an unknown group member sets off a bomb!

When Ben dials an unknown group number, his call triggers a bomb at the airport. Sharon is injured in the blast, but Ben worries that she is somehow tied to the attempts on his life. When Ben arrives at her home, he discovers that she had been involved with sinister members of the WhatsApp group.

Ben must bring all of his skills together to best the bad guys!

Faced by a shady espionage conspiracy, involving his former best friend and a shady FBI agent, and a raucous gang-war, Ben must act. Can he neutralize the evil forces and bring them to justice?