You do know why a fast little critter like a rabbit was the creature chosen to hide all those eggs in everyone’s yard each year, don’t you? The chickens who lay the eggs learned the hard way that they would not be fast enough. They agreed to lay the chocolate and jelly bean eggs, but they opted out of delivering them after only three years. Most people don’t know that it was the third year of egg hiding, that a brutal mugging occurred. The first year went smooth for the Easter Chicken. She hid all the eggs no problem. The second year went pretty smooth as well. It was they third year, when all the parents knew the Easter Chicken was coming that they laid a trap. They mugged that poor chicken of all her chocolate, and ate it all before the sunrise. Times were harder back then and chocolate wasn’t as easy to acquire. The following year the chickens held a race to see who could deliver the eggs the fastest. I don’t want to get into any gory details, but the cheetah easily outperformed all the other critters racing, but had also built up a huge appetite from all that running around. Lets just say there were feathers everywhere. 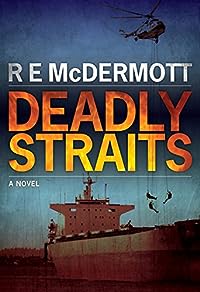 What would you do to save your child? Trapped in a parent’s worst nightmare, Alex Kairouz faces an impossible choice between his own daughter’s life and the lives of thousands of innocent strangers.

A single parent, Alex Kairouz dotes on his intellectually disabled daughter Cassie, who is the image of his late wife. But nothing or no one can shield Alex and Cassie from a cabal of international terrorists, intent on using them both as pawns in an evil game.

No one that is but Tom Dugan, Alex’s best friend and a reluctant spy turned CIA scapegoat.

But first Dugan has to convince the CIA and British intelligence he’s not a terrorist himself.

A story of an impossible choice and ultimate triumph over unspeakable evil. 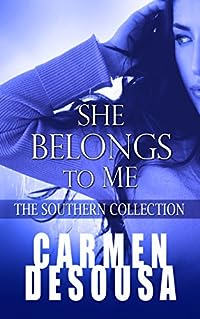 She Belongs to Me: The Southern Collection (Charlotte Book 1)
by Carmen DeSousa

A passionate novel of love, betrayal, and obsession, She Belongs to Me will have you falling in love and wondering if you can trust anyone right up to the last page.

Charlotte police officer Jordan Monroe is used to being in control. Ever since his father died, he has provided for his mother and sisters and even hired his two brothers-in-law to help run his successful construction company. On a chance business trip, however, he meets the one person who throws his life into a whirlwind–Jaynee.

Jaynee has lived a tragic life and has sworn off all men. That is until a rugged southern gentleman lands in her seating area, refusing to take no for an answer. From the moment they meet, Jordan sweeps her off her feet, assuring her that happiness exists. But can she really escape her past?

Five years later, Jordan finds Jaynee on their back porch with a gunshot wound to the head. While Jaynee lies in a coma, Jordan has to go back to their beginning and figure out what went wrong. Did he push his wife to the edge, or has her past come back to haunt them? 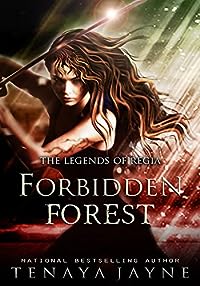 Born in shame. Cast from society. Shape Shifter/Elf hybrid, Forest must fight for any respect she can get. Targeted in her youth by a vampire noble who placed an illegal slave mark on her, she is forced to obey him, no matter what.

Slipping the grip of her master and abandoning the prejudice of Regia, her native world, Forest takes a job on Earth, guarding the portal, using her skills as a warrior to enforce Regia’s laws. Now, called home for a black ops mission, Forest must put aside her own prejudice to transport the vampire prince, Syrus, through enemy territory in a time of war.

Prince Syrus, mage and master of the Blood Kata, wants Forest more than he’s ever wanted anything. In spite of their mutual mistrust, their attraction cannot be denied. Through the danger of their mission, and the secrets they both keep, it doesn’t matter what they feel. Forest is forbidden. 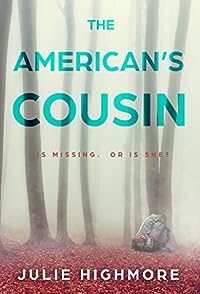 The American’s Cousin
by Julie Highmore

A twisty and gripping psychological thriller that keeps you guessing. THE AMERICAN’S COUSIN combines wit and suspense, in a dark and unsettling first case for investigator Edie Fox ? one that blurs the professional and the personal with terrifying results.

The American’s cousin is missing… or is she?

Edie Fox is a Private Investigator. Or at least that’s what she aspires to be. From her cramped office above a shop on the wrong side of town, she just about manages to stay afloat with the odd job spying on cheating spouses.

This all changes when a wealthy young American, desperate to find his missing cousin, hires Edie to track her down.

But things are not as they seem. People are telling lies, lots of them.

Edie needs to work out why, but time is running short. As she gets swept up in the hunt for the American’s cousin, she realises that she’s out of her depth. And as personal and professional boundaries blur, she fears she could lose everything: her business, her family… her life.

Combining a sharp and compelling investigator with an increasingly suspicious first client, THE AMERICAN’S COUSIN keeps readers gripped, as Edie finds herself drawn into a world of secrets, lies and, ultimately, great danger. 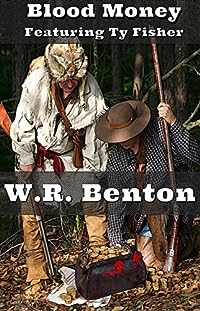 From the Author of ‘Jake Masters, Bounty Hunter’
The old west of the 1800’s was a wild and untamed frontier, where robbery and theft was an everyday worry. Men had to be their own protectors and their own law onto themselves, particularly where civilization ended.

Ty Fischer, a down-on-his-luck mountain man, is shanghai-ed by the U.S. Army into trying to recover a stolen payroll shipment — in newly minted gold coins. He is probably up to the job, but for good measure the Army also sends along a grizzled cavalry Sergeant Major to help in the hunt. The robbers are a nasty bunch of cut-throats who may end up killing anyone that gets in their way… or even each other for a bigger share of the loot.