I am taking a huge satisfaction in the fact that I just outwitted my cat. HUGE! He is currently in the process of screaming at me in the most angry tone I have ever heard from him, aside from when he sees another cat in his yard. Oh… now he stopped and is giving me evil eyes. I think he knows I am typing about him. It’s a bit obvious since I keeping looking at him and then typing fast and laughing. I don’t feel bad. I think he is kinda a jerk right now, so erm..no guilt. Sorry, not sorry. See, every day we have the same argument. I pull up a chair next to me to put my feet on while I work at the computer. He insists on sitting on that chair, smooshing my legs uncomfortably to the side, and eventually pushing them completely off the chair. All the while pawing my leg trying to make his way onto my lap. HE IS THE SIZE OF A COW! I can’t work with him on my lap. I have explained this to him a thousand times. He never listens to me…EVER! Today I just couldn’t take it anymore. Then it hit me. My brilliance was almost frightening. I made a move that for a second I thought might be too much. Then that fat paw came out again and touched my leg for the millionth time. THAT WAS IT!!! I made my move. I pushed the chair out of reach of my leg. Not fast…very slowly. He looked at me, then the chair he was sliding away on, then back at me. I could tell he was becoming angry. Like I cheated or something. His angry screams told me I had won. OH WHAT A GLORIOUS FEELING!!! To bad I can’t put my legs up. 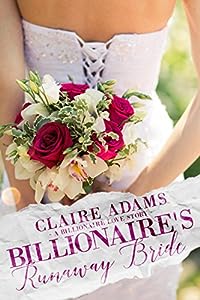 Alfie’s wild days of University are over. In an effort to make a new image for himself, he takes over as CEO from his father’s company and lives a proper life, wowing people with his innovation.

The only thing missing, is a good woman and some excitement. Both are just around the corner.

Being the good guy he is, he rescues his best friend’s bride as she runs from the alter the day of the wedding, and for good reason. His best pal cheated on her the night before… many nights before.

He offers her a place to stay for a few weeks, and the welcomed friendship quickly turns into a taboo relationship that he can’t live without.

What will the world think when the story comes out? Is this beautiful American woman worth the taint that might settle on his new reputation? 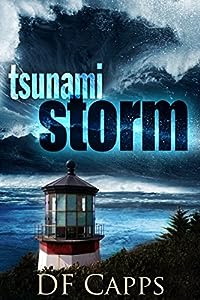 Lieutenant Tiffany Grimes is a rising star in the Navy. She has a date with destiny.

In the high-tech world of advanced secret weapons, the ability to trigger terrifying earthquakes and direct devastating storms has been mastered by the military.

Vice Admiral James Billingsly now controls America’s most powerful new weapon of mass destruction, which he secretly uses to impose his own warped moral code on an unsuspecting world. He, too, has a date with destiny.

As the U.S. and China are relentlessly drawn to the brink of war, the only protection for the Pacific Northwest coast is one U.S. submarine and its heroic crew against a truly catastrophic event…
In this hard science fiction technothriller you will encounter a major earthquake, the elements of an international political thriller, the new face of terrorism, advanced military technology, and the unmitigated disaster that must inevitably result. You will also meet the protective mother archetype in Willa McBride, mayor of Dolphin Beach, a small resort destination on the Oregon coast, as she is faced with the impending destruction of her beloved town, and the loss of the people she protects as if they were her personal family.

While Willa’s sister, the ambitious Senator Elizabeth Bechtel from Oregon, jostles with inside knowledge of a dangerous conspiracy, and tries to take advantage of a desperate situation, the heroic crew of one of America’s most advanced submarines is faced with devastating choices, duty, and personal sacrifice. It’s an adventure you won’t want to miss. 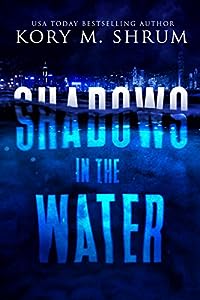 Shadows in the Water
by Kory M. Shrum

Louie Thorne was born with a dangerous gift and a reason to fear the darkness. But when her parents are murdered by the mafia, embracing her power is the only way to exact her revenge. She will destroy the men who destroyed her family–no matter the cost.

Robert King is a retired agent, and knows trouble when he sees it. First, an old partner asks King to use his connections and skills to investigate a suspicious case. Then an old flame begs a favor. By the time, Louie enters the picture, King will be lucky to survive the night.

Fast-paced action, suspenseful tension, and unforgettable characters–there’s everything thriller fans could want in this first installment. 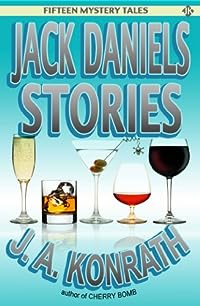 JA Konrath, known for the Jacqueline “Jack” Daniels thrillers set in Chicago, offers this collection of short stories and novellas from the Jack Daniels universe.

These were previously published in magazines and anthologies, and many are long out of print.

Whelp Wanted – P.I. Harry McGlade becomes a dognapper in order to stop a dognapper, or something like that.

Street Music – Phineas Troutt hunts a prostitute through the dangerous streets of Chicago. Are his intentions pure?

The One That Got Away – The Gingerbread Man (the villain from WHISKEY SOUR) hunts one final victim.

With a Twist – It looked like the man fell from a great height, but the body is in his living room. Jack Daniels solves another impossible crime.

Epitaph – Phin Troutt takes on a Chicago street gang with vengeance on his mind.

Taken to the Cleaners – Harry McGlade tries to solve a difficult mystery, but mostly just goofs off.

Body Shots – Jack Daniels faces her most challenging case yet; a school shooting. But does she know more about the perp than she realizes?

Suffer – Phineas Troutt has taken some questionable jobs, but will he murder a man’s wife?

School Daze – P.I. Harry McGlade investigates a private school, but he’s not entirely sure why.

Overproof – While shopping on the Gold Coast, Jack Daniels notices traffic has come to a stand-still. When she realizes what the problem is, she’s confronted with her own mortality, and the possible deaths of hundreds.

Bereavement – How badly does Phineas Troutt need a fix? What is he willing to do?

That’s about 65,000 words of Jack Daniels and friends, formatted specifically for Kindle with an active table of contents. Also included in this collection are excerpts from some of Jack’s other adventures, including:

An excerpt from Truck Stop by J.A. Konrath and Jack Kilborn, where Jack finds herself dueling with two serial killers at once.

An excerpt from Floaters by J.A. Konrath and Henry Perez, where Jack joins forces with Chicago reporter Alex Chapa to solve a bizarre disappearance.

An excerpt from Planter’s Punch by J.A. Konrath and Tom Schreck, where Jack travels to NY and befriends professional boxer Duffy Dombrowski to break an extortion ring.

And excerpt from Suckers by J.A. Konrath and Jeff Strand, where Harry McGlade reluctantly teams up with Andrew Mayhem. Hilarity ensues. 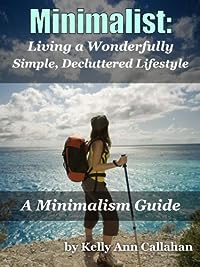 Minimalist: A Minimalism Guide for Decluttering Your Life and Living a Wonderfully Simple Lifestyle
by Kelly Ann Callahan

In 2010 I had a nice boyfriend, a nice corporate job and a nice apartment in Dallas, Texas. Then a friend was diagnosed with a brain tumor and given two years to live. This changed my whole outlook on life. I realized that it could be now or never to live life on my terms.

In the span of a few months, I left my lover, quit my job and gave away almost all of my possessions in order to attend graduate school for two years in Europe. At the age of 37, I was going to study something completely new, not for career enhancement but simply out of curiosity.

In those two years, I lived in four countries, with nothing but the contents of two suitcases. After graduating, I thought I would be happy to “re-clutter” a space I could call my own, but instead I found myself almost physically repelled by things which do not serve an essential purpose. And I remain nomadic. Enlightenment, as I know it now, can refer to both weightlessness and wisdom.

Beyond the dispensation of material objects, I have simplified my life by serving what I consider to be an essential purpose, myself. Unable to find a traditional job upon my return to the U.S., I began volunteering at a dementia daycare center in San Francisco. Contributing compassion is more important to me than any single thing, and so to accommodate my volunteer schedule I became a freelance writer. It has been twenty years since I received my undergraduate degree in journalism, but only now do I have stories worth sharing.

My minimalist transformation is one of them. I can’t wait to tell you about it – and show you how you can do it, too!