Ocean Views to Die For

Don’t miss the start of this exciting new cozy mystery series by author Blythe Baker. The Sunrise Island Mysteries are humorous and suspenseful seaside cozy mysteries, in which a female sleuth acts as a traditional amateur detective, solving dastardly murders and other crimes. This oceanside bed and breakfast mystery series might be enjoyed by fans of: Agatha Christie, Charlaine Harris, and Gemma Halliday. Enjoy! 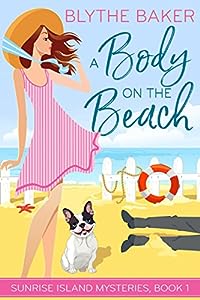 On quaint little Sunrise Island, the beaches are sunny, the ocean views are to die for… and the murder rate is climbing.

When Piper Lane’s career and her office romance both die fiery deaths on the same day, she packs up her worldly goods and her French Bulldog, Jasper, and leaves Houston behind, setting sail for safer harbors – the welcoming golden shores of Sunrise Island, to be exact.

But Piper, her pessimistic sister, Page, and her overly dramatic niece, Blaire, have no sooner rolled up their sleeves and taken over an old bed and breakfast on the island, than a dead body is discovered on the premises. With her B&B now adjacent to a crime scene, it looks as if Piper’s dream of reviving the business might be done for. Between the haunted house vibe of the ancient Victorian property and the creepy antics of Mrs. Harris, the crazy old lady living in the attic, can things get any worse?

Propelled into the middle of the dangerous murder investigation, Piper soon makes it her mission to clear away the clouds of suspicion surrounding her B&B and shine the light of day on long-held secrets that some of the island’s inhabitants would rather keep buried. But the killer is only one step behind her, and if Piper doesn’t think fast, the only thing she’ll be getting to the bottom of is a shallow grave. 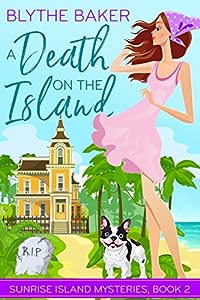 Sunrise Island: where the days are lazy, the sea breezes are fresh… and the body count keeps rising.

It’s only been a few weeks since Piper Lane took over the quaint little bed and breakfast on beautiful Sunrise Island. But the peace she had hoped to find in island life seems doomed to be constantly disrupted by the murderous activities of her neighbors. When Mrs. Harris, the kooky old lady living in the attic of the B&B, begins to run amok, rumor spreads that she’s responsible for a decades-old murder. Before Piper can ferret out the truth, a fresh mystery arrives in the form of an ominous blue envelope.

The coveted invitation to a fancy dinner party hosted by the island’s richest and most infamous resident leads Piper into a night of terrors. When a shadowy killer strikes over dinner, it’s up to Piper to unmask the culprit before dessert. Caught in the middle of a crime spree and a vicious summer storm, a houseful of panicked dinner guests are frantic to escape. But it turns out, getting into this exclusive house party is a lot easier than getting out. 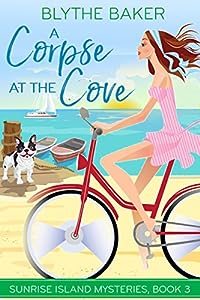 At the quaint little Sunrise Island Bed & Breakfast, guests check in… and never check out.

Piper Lane’s seaside bed & breakfast is finally up and running. What’s more, new romances are blooming in the lives of all three Lane women. Life on the sunny island can’t get any better. There’s just one problem – and it’s a corpse.

When a disgruntled guest meets a violent end and someone close to home becomes a suspect, Piper puts on her detective hat once again. But can she catch a killer before more unlucky guests become permanent residents?