I find it odd that I do not want to buy any more chickens. I am seeing the posts coming up about all these cute chicks for sales, and for the first time I do not have the desire to add to my flock. My sweet ladies have such a good thing going, and everyone knows their place in the pecking order. It would just break my heart if I brought in new chickens and they took Jackie down from the top of the order. She has been such a good sweet chicken, she deserves to retire in peace. The original three, Summer, Jackie, and Heather no longer lay eggs, or at least haven’t this year. While the new trio Iggy, Trudy, and Stella have been laying like crazy, even in this cold weather. In my mind they are making up for what the original trio are lacking. I am well fed, and so are they. Now I just wish this rain and cold weather would stop so I can continue to decorate their new larger run. 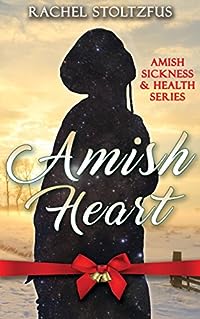 A sudden illness. A shocking diagnosis. Can she be healed?

Fourteen-year-old Margarete King has just finished school & is ready to start her life. But when her body betrays her, will she be able to get the help she needs? Or will cultural misunderstandings and a callous hospital administration put Margarete in even more danger? Find out in Amish Heart, the first book of the Amish Sickness and Health series.

Amish Heart is a Christian book of strength, heart and faith that shows the power of one family’s love to overcome life’s obstacles. 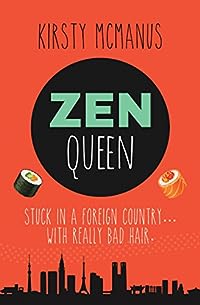 She hasn’t had a haircut since 2006 and she doesn’t have time to find better friends than the self-centred associates she’s had since University.

And instead of searching for love, she’s settled for ‘friends with benefits’ status with one of her buddies. Yet none of that matters, because professionally she’s living the dream, and has just scored a highly coveted assignment in Japan with the promise of a promotion on her return.

But when she arrives in Japan, instead of the smooth integration she anticipated, Jess finds herself wrongfully fired, abandoned and broke in a country where she doesn’t speak the language.

Now she must rebuild her life and clear her name. But the friendly locals and allure of the ex-pat lifestyle soon have her reconsidering her priorities and challenging her views on climbing the corporate ladder. With a new job as an English teacher and the temptation of her cute (but already attached) roommate, Jess discovers that although life doesn’t always turn out as planned, maybe that’s not such a bad thing. 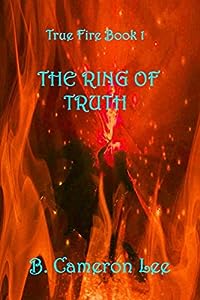 True Fire Book 1: The Ring Of Truth
by B. Cameron Lee

After his father is senselessly slaughtered by Draakon Reavers, a naïve youth, Arwhon, is sent to his remarkable grandmother in Belvedere. Along the way he becomes an instrument of Fate, eventually destined to save Man from obliteration.
The evil Q’Herindam intend to wipe Man from existence. Only Darkwood magic stops them. Their paramount Mage recruits the ageless Empress Martine to wage yet another war for total Dominion. She captures the heirs to the Barsoom Throne and demands their homeland as ransom.
So begins the chain of events which transform the youth, Arwhon, into the hope of Man. Along the way he will need much help from the Servant who finds him, the beautiful, amethyst-eyed M’Herindar who Shields him and a giant bodyguard, his Arm.

The three books of True Fire, a fantasy trilogy, are written in the traditional epic style where the reader is immersed in a world populated with a multitude of realistic characters. They take on a life of their own and draw us, unwittingly, into sharing their existence while they pursue a solution to the evil growing in the land.
True Fire is a complete story and Books 2 & 3 will be released shortly. 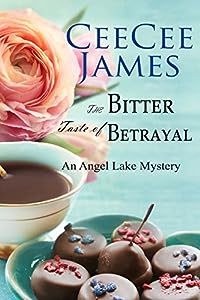 When Elise Pepper decides to take a long overdue vacation, she discovers that her Caribbean cruise isn’t going to be quite the relaxing trip she’d hoped for.

Instead of enjoying a quiet getaway, she finds herself in the middle of a theme party. Who knew there were so many Elvises and Marilyn Monroes in the world?
But when an Elvis goes missing and it turns out he was a wealthy philanthropist Elise is dragged into the mystery as the last person to see him.

As she tries to convince everybody of what she saw, her frustration turns to fear when she realizes that she’s trapped on board with a killer who will stop at nothing to silence her.