Sisters of War by Alicia Hope

A tale of betrayal and courage in wartime Austria, of five women who lived, loved and lost under the ever-watchful eye of the Third Reich. SISTERS OF WAR, a novella by Alicia Hope. 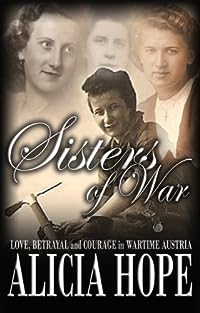 Sisters of War
by Alicia Hope

To fourth generation Australian Elise, world war two felt surreal, like the vague memory of an old black and white movie. Fuzzy facts and grainy images indistinguishable from those of childhood bad dreams. But sitting at the bedside of her critically ill mother-in-law, she was about to learn the harsh reality of what had happened during those dark times, from the lips of someone born in one of the darkest of dark places…
Did these horrors really happen a mere generation ago?