Motivation to garden finally hit me at 6pm last night, just as it started raining. Again, not complaining about the rain, but that wasn’t the best timing for me. All I could do was move from one window to the next plotting and planning my garden. I must have walked at least a few miles between windows. After all that walking I might actually have a plan. A plan that was by no means easy to come up with. It not only has to look pretty, come back year after year, not be poisonous to pets, but also be able to withstand chickens. That last part is next to impossible. My sweet ladies are a demolition crew to be reckoned with. For their yard a good amount of chicken wire will be used. I am using the chicken wire to prevent them from getting to the entire plant, but still able to access it a little bit for nice little snacks. I’m going to garden today. RAIN OR SHINE! 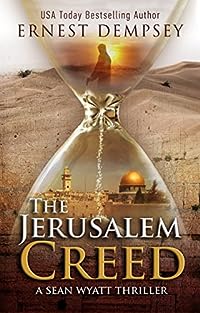 Could you sacrifice the lives of millions to save your daughter?
When an archaeologist’s daughter is abducted, he must help them find a powerful ancient relic to save her life but at the cost of millions of lives. Or is there another option?
Enter Sean Wyatt.
Thousands of years ago, Babylonian armies invaded Jerusalem. They ripped through the city, leaving a swath of destruction in their wake and taking almost everything Israel held sacred. Almost.

Under the cover of darkness, the high priest dispatched two of his most trusted friends to the far reaches of the empire and beyond to hide three of their most powerful relics. But now the relics are being sought by a modern evil.

Sean Wyatt and his band of part-time heroes are thrown into a global conspiracy that could mean the end of civilization as we know it.

Race from Tennessee to England, Scotland, Bhutan, and Iran with Sean and his sidekick Tommy Schultz as they unravel ancient clues, fight their way through assassination attempts, and takes on a band of terrorists who are plotting their own kind of world war.

Will Sean be able to track down the ancient relics before the terrorists? Will he save the archaeologist’s daughter? Or will the killers recover one of the ancient world’s most powerful and mysterious combination of artifacts?

There’s only one way to find out. 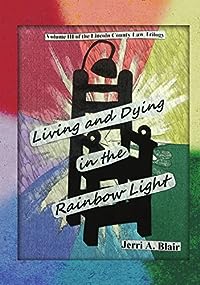 Living and Dying in the Rainbow Light: Volume III of the Lincoln County Law Trilogy
by Jerri Blair

Elizabeth Shaw finds herself in a dilemma of great magnitude when she’s appointed by Judge J.T. Lockman to represent the most hated man in the rural county where she practices law. Her client is accused of killing a popular legal assistant who worked for the most powerful lawyer in the county, a man who’s also about to announce his candidacy for governor of the state. Elizabeth’s dream that she might someday be appointed as a judge begins to dissipate when she takes on this highly controversial case, but disappears completely when the married gubernatorial candidate makes it clear that he wants an affair with her as the cost of any such appointment. This novel continues the arc of change in a rural county from the prejudices of the past to a more hopeful future when the county’s first female trial attorney enters the scene. She’s a woman who knows her way around the courtroom and how to accept the foibles of the men who surround her in the male dominated legal community, making her very popular with the courthouse regulars. Her talents are less accepted by some of the good old boys who run the power base of the county, but she’s prepared to take on anyone who gets in the way of proper representation of her clients. When her criminal client avows his innocence, her determination to do the best she can no matter what the consequences to her personal life puts her on a collision course with the most powerful lawyer in the county. It’s a battle to the end for the truth to come out about what really happened to the beautiful young assistant whose death haunts everyone who knew her. 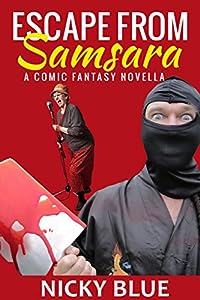 Outrageous comedy caper guaranteed to have you in stitches!

“This book is HILARIOUS. If you’re looking for some humor and a fast read, definitely pick this up.”

Barry’s been patient, but after twenty-seven years of trimming hedges for people he hates, he’s had enough. All he wants to do is to find his missing father and to discover his inner ninja. But life’s not done with throwing him curveballs.
A fatal mistake catapults Barry into the adventure of a lifetime. With talking hedges, samurai ghosts, meddling psychotherapists, and an inexplicably non-linear time pattern conspiring against him, Barry must do battle to save his hide, unleash the ninja within, and rescue his father from an ancient army, a dark sorcerer and a raging inferno.

What is the mysterious Prophecy Allocation Department?

Where is The Before and After?

Even more importantly, Will Barry’s underwear hold out until he has saved the day? 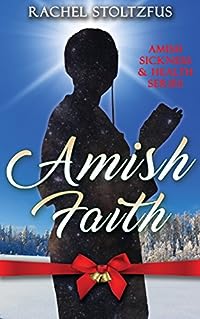 A terrifying setback. A fight for survival. Will she find help?

Margarete’s health takes a turn for the worse, and soon she becomes very weak. Exhausting every option, it soon becomes clear that Margarete will have to change hospitals to get the treatment she needs. And when cultural differences create a rift between Margarete’s family and the doctor who has vowed to help her, will Margarete be able to get the help she needs before it’s too late? Find out in Amish Faith, Book 2 of the Amish Sickness and Health series.

Amish Faith is a Christian book of strength, heart and survival that will keep you turning pages to the very end. 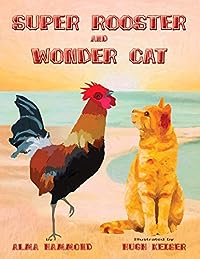 Best friends Rooster and Cat ramble down to the lagoon together every morning to practice their superpowers. One day, they meet Crab, Ray, and Shark who have characteristics very different from their own. At first the two friends are frightened, but soon realize the other animals mean them no harm and have pretty special powers.

In this colorful and beautifully illustrated book, children focus on identifying their own strengths, while also appreciating and respecting the strengths of others. Diversity, acceptance, friendship, and self-esteem prevail over fear!

Youngsters will learn about some amazing creatures — coconut crabs, black tip reef sharks, and spotted eagles rays. They all live in and along the South Pacific Ocean, which surrounds Bora Bora in French Polynesia (a Society island along with Tahiti). Children will also be amazed to discover all of the animals’ awesome superpowers are actually true! More fun facts about these creatures are included after the story and provide additional educational value.