We are planning a huge trip to Disneyland this year with my partner in crime’s family and I just heard that the Pirates of The Caribbean ride will be temporarily closed. That might be a reason right there to cancel. How on Earth can you go to Disneyland and not go on the pirates ride? Is it even a real trip? Would it even had happened? I don’t know..the world is in chaos. 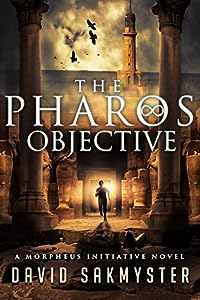 The Pharos Objective: The Morpheus Initiative: Book 1
by David Sakmyster

A legendary treasure chamber hidden beneath the ancient Pharos Lighthouse has defied discovery for over two thousand years… Until Caleb Crowe and his team of psychic archaeologists dare the impossible.

“THE PHAROS OBJECTIVE is Indiana Jones meets the X-Files — an archaeologist adventurer with psychic powers of remote viewing who can see the past, ancient treasures, historical mysteries, action and adventure that crosses the world, and a damned good story.” — Kevin J. Anderson 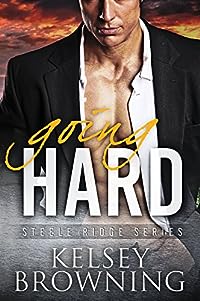 Slick sports agent Griffin Steele is living the highlife in Los Angeles, far from the shadow of the North Carolina mountains where he grew up. But when his hometown falls on hard times and needs his help, Grif reluctantly agrees to commute between coasts. He never expects the lush scenery, in the form of pretty tomboy Carlie Beth Parrish, to be such a temptation.

After an impetuous one-night stand with Grif Steele fifteen years ago, hardworking blacksmith Carlie Beth has tried to make a living and raise her daughter in the hometown she loves. Then, too-sexy-for-his-Rolex Grif blows back into town like the perfect storm, making Carlie feel less like a thirty-something mom and more like an infatuated teenager.

When a stalker targets his hometown and Grif suspects Carlie Beth might be the next victim, he can’t help but step in to protect her. But once he discovers the fourteen-year-old secret she’s been keeping from him, will he embrace the truth or will he turn his back on Steele Ridge and Carlie Beth forever? 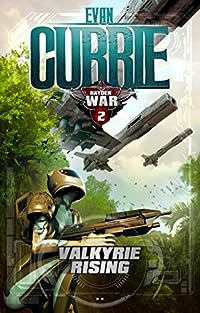 Two years after the initial invasion of Hayden’s World, the newly reinforced Hayden Militia is in a state of stalemate with the remaining enemy forces but neither side is content to leave things at that.

The alien alliance has dispatched their varsity to clean up the resistance on Hayden while the USF has officially activated Task Force V, the latest and most advanced combat ships built by humans.

In the end there are some things you decide in the skies, but some can only be settled in the mud. 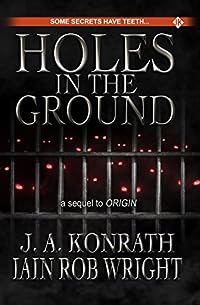 Holes in the Ground
by Iain Rob Wright, J.A. Konrath

MONSTERS EXIST…
Linguist Andy Dennison-Jones knows this all too well. He and his veterinarian wife, Sun, have been chased by them before, and barely escaped from a secret underground government facility with their lives.

Now they once again find themselves trapped alongside a collection of creatures straight out of hell. Fighting with them is an unlikely group of misfits, including a misplaced British kid, a former spec-ops soldiers, and a strange Irishman who might be the oldest living thing on earth–if he’s even alive at all.

Filled with the kind of slam-bang action, wicked scares, and sly humor that have earned J.A. Konrath and Iain Rob Wright millions of fans, HOLES IN THE GROUND is both a collaboration and a continuation of both authors’ previous work (ORIGIN by Konrath and FINAL WINTER by Wright) but also serves as a perfect introduction to their universes.

Some secrets have teeth. 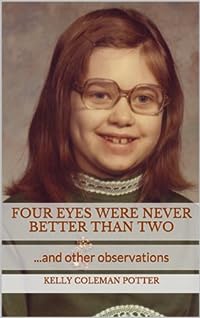 Kelly Coleman Potter, once known in inner circles as Smelly Kelly, doesn’t see things like most of us do. This could be due to the nearsightedness that presented itself in third grade when she became known as four-eyed Smelly Kelly, but it’s not. According to her high school Journalism teacher, Potter has a unique perspective and outlook on life. She still doesn’t know if that was a compliment or an insult – or perhaps, just a nice way to say she’s weird.

In this collection of essays, Four Eyes Were Never Better Than Two… and other observations, Potter offers a candid look at the human condition with tales recounting the past and present. From her younger days of dreaming about being a Dallas Cowboy cheerleader so she could own pom-poms to sex education taught by a Joyce Dewitt look-alike, Potter confesses all – including the ironic account of throwing up on a dog named Ralph.

No stranger to embarrassment, she writes of cold sores that require an exorcism and the torture that was seventh grade gym class, capturing the angst, humiliation, and absurdity in those moments that often define us as individuals. Observations include: desperation can make a person do some pretty stupid things like answering a personal ad, hot wax is best left in the hands of a professional if you value your lips, and nothing is so surprising as the man who claims to hate dancing busting a move in a hospital recovery room.

Even if you’ve never had to admit in a public setting that you’re having your period, passed out at the eye doctor’s office, or had an illogical fear of a lawn mower, Potter’s self-deprecating wit and sometimes bizarre sense of humor will make you glad these things only happen on sit-coms… or to her.