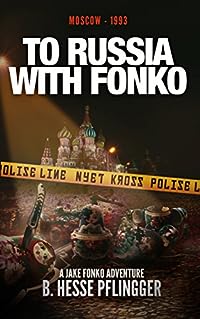 When an old friend calls former Army Ranger Jake Fonko with a desperate plea for help in retrieving stolen millions, Jake soon finds himself in the middle of post-communist Russia.

But the shattered empire teeters on the brink of total collapse. And with trillions in wealth lying in wait for those intrepid – or crooked – enough to seize it, death lurks everywhere in the misery haunted streets.

NOTE: This is a standalone novel that can be fully enjoyed without reading any other books in the Jake Fonko series.