You Can Stick There

When I was a little girl I always had to go to this old lady’s house while my mom went off shopping. I thought she was as old as the hills, but thinking about it now she might only have been in her fifties because she is still alive and kicking thirty years later. One thing that always fascinated me was the plastic covers on her couches. That was a thing back then. Probably one of the most uncomfortable things in the world. It was a bit inconvenient in winter when you couldn’t get settled down because you kept sliding around. It was in the summertime when it was downright miserable. Sitting on plastic while wearing shorts was a whole new level of gross discomfort. After only a minute your sweaty legs stuck to the couch, and after a few more minutes you were sliding around in your own sweat. The thought of how many other people’s sweat was mixing with mine always made me a little queasy. I was never sure what the polite thing to do after you got up. Do you dry it off, or let the sweat air dry? Ew… I’m getting queasy again. 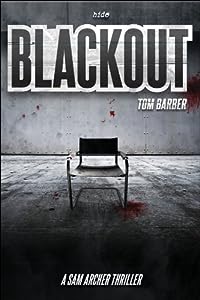 But unbeknownst to him, a storm is coming.

Three men have already been killed that morning. One committed suicide by the River Thames. Another was strangled in his car in Washington D.C. And the third was shot in the face in his high-rise New York apartment as he slept. The deaths seem random, thousands of miles apart. But they are all connected. By a shocking event fifteen years ago.

And this is only the beginning.

Archer, Chalky and the rest of the Unit suddenly find themselves plunged into a ferocious and violent confrontation, fighting for their lives. The enemy they are up against are brutal, highly trained, well-armed and anonymous. No one knows where they have come from. No one seems to know who they are.

But they have a vendetta. They will never forgive or forget, or show mercy.

And for some reason, they’re hell-bent on killing ten specific people before the end of the day.

As the Unit tries to find out who these killers are and locate the remaining targets so they can protect them, it becomes a race against time to see who can get there first. As the counter-terrorist unit and the vengeful enemy come up against each other all over the city, Archer and the team soon realise two things.

This enemy is more proficient and deadly than any they’ve ever encountered.

And one of their own ARU men is on the extermination list.

Tully Morgan hasn’t been back to Marietta for more than a few brief visits since the night of the 1996 senior prom eighteen years ago, when the chance exposure of a long-held family secret sent her running to her uncle in California in shock. She stood up her date Ren Fletcher that night, and she hasn’t seen him since.

Now she’s here for an extended stay, to help take care of her seriously ill mother. It’s an edgy reconciliation, the first time that Tully, Patty and Sugar Morgan have been together since that long ago prom night. Tully has had so much anger toward Sugar… can she ever forgive her?

And Sugar still has one more secret that needs to be dealt with, one that needs Ren Fletcher’s help. Has he forgiven Tully for leaving him in the lurch on prom night? And is there any chance that he and Tully can rekindle what they might once have had, when he’s still tied to someone else? 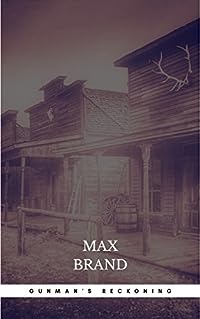 “It was time then for action, and Lefty Joe prepared for the descent into the home of the enemy. Let it not be thought that he approached this moment with a fallen heart, and with a cringing, snaky feeling as a man might be expected to feel when he approached to murder a sleeping foeman. For that was not Lefty’s emotion at all. Rather he was overcome by a tremendous happiness. He could have sung with joy at the thought that he was about to rid himself of this pest.” 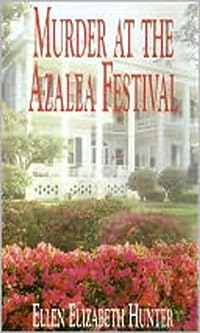 In Wilmington, the azaleas are blooming, the dogwoods are flowering and the bodies are dropping faster than cherry blossoms on a windy day. But it’s spring, and Ashley Wilkes, historic preservationist, is much too distracted by love to give a thought to recent homicides, until one occurs at a garden party where she’s a guest. When her client is arrested for murder, Ashley tries her darnedest not to get involved. But she knows the actress is innocent. And just who are her most promising suspects? Why, the entire cast of a hot, new locally-produced television series. 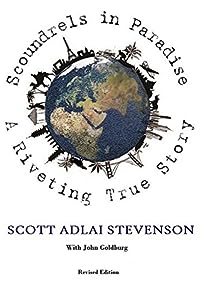 Scoundrels in Paradise
by Scott Stevenson

Scoundrels in Paradise is the true story of a family drug business operated across international borders, as told by insider and narrator Scott Adlai Stevenson. Scott was named for his older cousin Adlai E. Stevenson, who was a former two-time Presidential candidate and American Ambassador to the United Nations. Scott recounts a roller coaster ride through the global counterculture of the 60’s, 70’s, 80’s and 90’s. It is a ride of flamboyant decadence and adventure, that eventually ends in homelessness and tragedy.

Scott’s story begins in his early teens with his first drug smuggling experience at the self-seeking insistence of his older brother Ron. Over the course of nearly forty years, Scott travels the world inventing elaborate drug smuggling scams that continually outmaneuver the authorities. He evokes a hip, dangerous, fast-paced lifestyle by creating diversions that are unique and witty. Scott survives on smuggler’s ingenuity, idiot’s luck and the love of exotic women. This candidly written true story is infused with fascinating travels through the cultural landscapes of California, Hawaii, Europe, Morocco, Indonesia, Bangkok and beyond. Ominously, this path leads down a twisted road of lies and deception. It is a story of loves forged and loves lost; of selfishness, greed, deceit, lust, revenge, sorrow and truth. This book belongs to anyone who savors a well-told tale of adventure, loves the music of the era, and appreciates a life lived to its fullest.