The Cricket Loved His Legs

You really start to know what kind of person you are when you are trying to stuff ten helium filled balloons into the back of your too small car, all while a little kid is watching you. He had judgey eyes. I felt judged. Couldn’t even whisper a curse word or two because he might have heard me if I did. 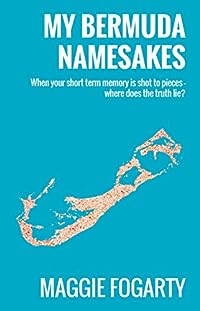 My Bermuda Namesakes
by Maggie Fogarty

We all know how life can throw us a curve ball and can change in the blink of an eye. For graphic designer, Josie James – or JJ as she prefers to be known – the change is road accident which leaves her with virtually no short term memory. She needs to keep a detailed diary just to recall what she did the previous day.

If this isn’t enough to contend with, she then finds herself living far from home and accused of a crime that she didn’t commit. Yet all the forensic evidence, including CCTV, says ‘guilty’. How the hell did she get into this mess?

The beautiful sub tropical island of Bermuda is where JJ has chosen to stay for recuperation and treatment. She soon discovers that there are two other Josie James’ – her namesakes – living on the island and finds herself at the centre of their lives. But her new found happiness turns into a nightmare as JJ is placed firmly at the scene of a serious crime.

Will Graham Tucker – the charismatic criminal lawyer and JJ’s new love – be able to help her out of this nightmare in paradise? Can her brain specialist, the talented Dr Silver, unearth some lost short term memories that could prove her innocence? And what about those new namesake buddies?

‘My Bermuda Namesakes’ is a twist and turn story with a central question at its heart.

When your short term memory is shot to pieces – just where does the truth lie? 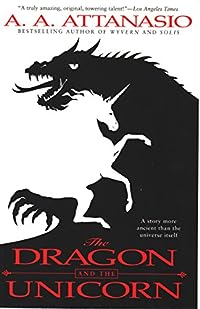 The Dragon and the Unicorn (The Perilous Order of Camelot Book 1)
by A. A. Attanasio, Danilo Ducak, Shining Rainbow

“By far the most lyrically written of the recent Arthurian books… Fresh and engaging.” (The Magazine of Fantasy and Science Fiction)

“Combines the round table and black holes, gods and parallel universes, to produce a world full of both mythology and history, reworking familiar elements in new ways. Rich thematically as well, the story presents inevitable cycles of pain, death, learning and redemption as Ygrane, Uther, Morgeu the Fey, and Merlin… fight for the soul of their land.” (Publishers Weekly)

“Attanasio mixes Arthurian lore with Norse gods, modern physics and sundry faerie creatures in this literary, passionate novel. There has been nothing else quite like it.” (The Year’s Best Fantasy and Horror)

A dragon’s dreamsong, a hunt for the unicorn’s horn, and the ceaseless wars of angels and demons begin this bold retelling of the Arthurian cycle. Here is magic. And dark romance. Here is Merlin’s most dangerous sorcery: the supernatural love story of Uther Pendragon and Ygrane queen of the Celts.

Old as the Big Bang, the demon Lailoken assumes human form in Roman Britain as Celts battle Saxons for mastery. The druid-queen he serves calls him Myrddin and sends him to find her true love — to fulfill for her people an ancient prophecy at the frontier of life and death.

Led by a unicorn and hunted by a dragon huge as the planet, Myrddin becomes Merlinus on his quest for the queen’s mate among her remorseless enemies, the Romans.

And finally as Merlin, he matches wits with gods and elves to unite Celtic queen and Roman warlord and weave the destiny of the most famous king.
. 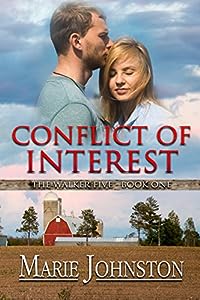 Conflict of Interest (The Walker Five Book 1)
by Marie Johnston

The man of her dreams… is her next patient?

When Dillon Walker swaggers into Elle Brady’s office, she fully understands the appeal of a small town farmer. He’s handsome, charming, helps run his family’s successful farm and ranch, and he’s definitely interested in her. Too bad she’s an addiction counselor still caring for her recovering alcoholic father, and she is more than gun-shy of someone like Dillon.

Dillon honors his father’s last request to get help for his “drinking problem,” but it’s a waste of time. He has other matters to worry about than the few beers he has after a long day of work, like the vandal targeting his property. When he meets kind and intelligent Elle, he wants more than counseling.

When a smoldering kiss scraps their professional relationship, Elle attempts to quit seeing Dillon altogether. Until his truck is stolen, and he needs her help. As she falls for him, her past taunts her with all the reasons why a future with Dillon won’t work. If he can’t face his demons, not even she’ll be able to help him, and she won’t stick around to watch.

Schedule an appointment with this sexy spin on the Midwest cowboy today! 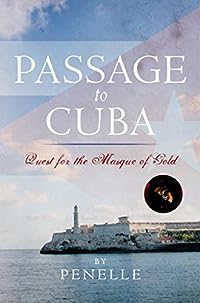 Passage to Cuba: Quest for the Masque of Gold (Lana Bell Adventure-Suspense Novels Book 2)
by Penelle

Against forbidding seas and the beautiful Cuban landscape, an ancient artifact draws an American search team into a web of history and intrigue.
Cuba for Americans was the earliest of our exotic vacationlands; vibrant and seductive – just a stone’s throw from U.S. doors. While offering visitors a unique and rich culture, the people of Cuba lived through eras of colonialism, imperialism and despotism. Nonetheless, today finds the gentle people of Cuba forged into a mettle of graceful resilience. In its 21st century reality, Cuba teeters between a memory and a promise. This story brings us into the minds and hearts of people experiencing change.

Four Americans cross dangerous seas and into intricate corners of the Cuban Republic. They search for something lost, an icon — – a Masque that will bring honor back to a people. Revenge distorts the objective along the unfolding scenic views as human encounters reveal complex realities. ~~~ The story sparkles with history, revisionism, suspense and love. Most of all, it is a discovery of old and new, and the best in us — that man may endure. 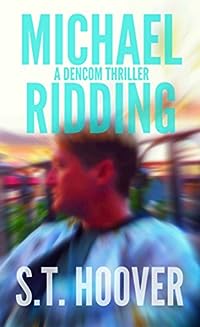 In Southern California, three terrorists of unknown allegiances slaughter dozens of men at a shopping mall.

In Denver, the eccentric CEO of Denver Communications, or DenCom, has a target on his head.

In the wilds of Greenland, a long forgotten enemy is reaching out for recognition and revenge.

At the center of it all, a special investigator for the “communications” company is dragged into a diabolical plot he can’t begin to understand. 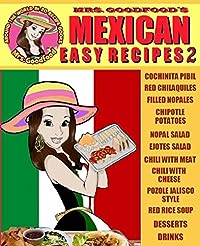 A GASTRONOMIC JOURNEY WITH THE BEST MEXICAN RECIPES FOR BEGINNERS : TASTY, SIMPLE AND EASY TO MAKE!

Mrs. Goodfood brings us a new collection of selected recipes of the best Mexican food: TASTY, SIMPLE AND EASY TO MAKE.

You will find simple instructions to prepare from chili with meat and nopales, to chipotle potatoes and pozole Jalisco style, red rice soup, cochinita pibil, red chilaquiles, ejotes, elote, an typical drinks, including Jamaican water, champurrado and tequila drinks, among others.

Please LOOK INSIDE for the complete content and join me in this tasty culinary trip around the world in 20 recipe books. I hope you enjoy it as much as I do. And now, let’s continue our journey!