So much chocolate! My baby bassets got so much Easter candy they don’t even care when I steal a piece or six…. at a time. They got so much candy I could set up a candy stand in front of my house and make a killing. Eek… just thought about my new money making idea. A candy stand in the front yard seems a little too close to a van with candy. I would end up attracting kids from all over. The parents would either get mad or make me watch their kids for a few hours while they enjoy the peace and quiet. Scratch that idea.

On New Year’s Day 1925 Ivy Rose Murphy awakes to find her world changed forever. Her irresponsible Da is dead. She is grief-stricken and alone – but for the first time in her life free to please herself.

After her mother deserted the family, Ivy became the sole provider for her da and three brothers. Pushing a pram around the well-to-do areas of Dublin every day, she begged for the discards of the wealthy which she then turned into items she could sell around Dublin’s markets.

As she visits the morgue to pay her respects to her Da, a chance meeting introduces Ivy to a new world of money and privilege, her mother’s world. Ivy is suddenly a woman on a mission to improve herself and her lot in life.

Jem Ryan is the owner of a livery near Ivy’s tenement. When an accident occurs in one of his carriages, leaving a young girl homeless, it is Ivy he turns to. With Jem and the people she meets in her travels around Dublin, Ivy begins to break out of the property-ridden world that is all she has ever known.

Through Streets Broad and Narrow is a story of strength and determination in the unrelenting world that was Dublin tenement life. 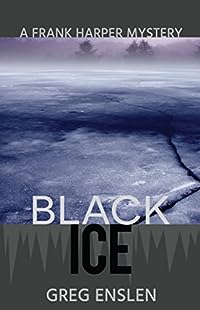 It seemed like a simple job. Ex-cop Frank Harper is back in Cooper’s Mill to spend time with his daughter and grandson, but a bone-chilling winter has settled over the small Ohio town. When a local woman asks him to make a simple delivery, it seems easy enough-until Frank uncovers a possible murder. Now he’s searching for a local couple gone missing. But do the snow and ice conceal a deadly crime, one that may cost Frank everything he holds dear? 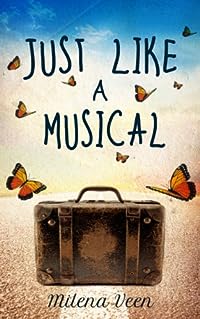 Seventeen-year-old Ruby Fields has always lived by the rules set up by her foolishly overprotective mother. As a result, she doesn’t go to school, she’s never been kissed, and almost everything she knows about life is what she has learned from old movies.
But now there’s this Joshua guy. He’s quirky, and he’s handsome, and he uses “romantic” and “old-fashioned” in the same sentence.
And there’s Mrs. Wheeler, an eccentric retired Hollywood costume designer and Ruby’s new best friend.
When Mrs. Wheeler ends up in the hospital only a couple of days after telling Ruby her long-kept secret, Ruby decides to break her mother’s rules and embark on a journey that will change her life forever.
This heartfelt story will appeal both to young readers and adults who still remember the pain and beauty of growing up. 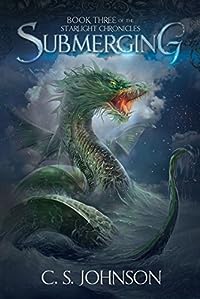 There had been a feeling hanging over me in the past few weeks, a feeling that change was coming. It didn’t click until that moment that change had already arrived. I was changing, things were changing, and I was finally okay – in fact, more than okay – with that.

It was flooring, the idea I was looking forward to something more in life than Tetris and being cheered on by my friends. Those things still mattered, of course, but there was more, and I was enthralled there was more.

There is nothing like a birthday to give Hamilton Dinger something to look forward to in his busy life. With his new job as a part-time intern at the Mayor’s office, being a full-time high school student and Starlight Warrior has its challenges. And although he has the full support of his girlfriend, Gwen, and his best friend, Mikey, and even a tentative partnership with Starry Knight, his ally against the Seven Deadly Sinisters, he has definite cause for concern. The arrival of SWORD, the growing demonic activity in Apollo City, and the increasingly negative media attention has sparked ongoing unrest among the city and its inhabitants.

But Hamilton has some additional help in Aletheia, a new supernatural ally, who has come to equip Hamilton for his calling to be a Starlight defender. With the help of the crew of the Meallán and its captain, St. Brendan the Navigator, and Aletheia’s sister, the Star of Time, Elysian and Hamilton set off for the Celestial Kingdom to deepen his commitment through learning, new landscapes, and cosmic surfing.

As evil forces continue in their quest for power and control, Hamilton finds uncertainty and distrust between his two worlds. Can he find the answers that will help him? Will he find the strength he needs to carry on? Will Wingdinger realize the importance of his choices, and more importantly-make the right ones?

Cross through the River Veil and into the world beyond the Star of Time in the Starlight Chronicles, a young adult epic fantasy series from C. S. Johnson. Be on the lookout for Book 4, Remembering, as Hamilton and his fellow superheroes continue to fight evil and get their schoolwork finished! 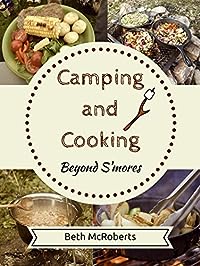 Camping and Cooking Beyond S’mores: Outdoors Cooking Guide and Cookbook for Beginner Campers

Sick of eating hot dogs and s’mores on your camping trips?

Living outside, even just for a few days, is sure to build up a big appetite. Unfortunately, all too many people get stuck on the plain old hot dogs and marshmallows. While these have their place, why stop with food on a stick when you can create gourmet meals over your campfire?

Learn how simple it is to cook gourmet meals over an open fire!