I think Monday’s should not be spent in school or work, but time spent reflecting on what you really want to accomplish in the new week. I think we would all be happier, more productive people if we just meditated on Monday. Maybe even napped a bit and went for a walk. Throw in a little bit of laundry to start the week off right. I really want to emphasize the napping portion. I really don’t think we as a society get enough sleep. Maybe I should start my own movement. Not that much movement though. More like a napping motion. OKAY FINE! I will admit I am just too tired to deal with this Monday morning. 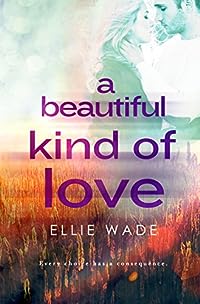 Every choice has a consequence.

I believe in soul mates. Why? Because I have one and his name is Jax Porter.

I have known Jax my whole life and I have loved him with every breath I’ve ever taken. The fact that we were born a mere month apart to mothers that are best friends has made us inseparable since birth.

What we have is so rare, one would think our story would be written, our fate sealed. But, unfortunately that’s not how life works. Life offers us many choices that can turn destiny into chance.

I now find myself heading toward a destination that I could have never imagined and I have to figure out where to go from here.

Will the choices that have been made change our path forever or will fate find its way?

***Intended for readers 18+ due to mature content.
***This is book one of a two book series. Book two, A Forever Kind of Love is now available. 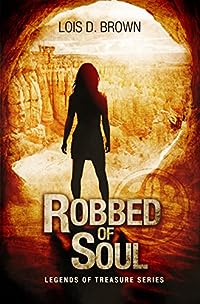 In 1520, a quarter million people were slaughtered, a king was tortured to death, a civilization was annihilated — all over Aztec gold.
Five hundred years later the killing hasn’t stopped.
AFTER MONTHS OF starvation and torture at the hands of terrorists, black ops officer Maria Branson is rescued and returned to the U.S. While her body heals, her mind does not. Plagued with panic and hallucinations, she quits the CIA and takes the job of small-town police chief.

Rest and relaxation are the doctor’s orders. However, Maria gets neither. During her first week on the job the mayor’s truck is found abandoned in the middle of the rugged southwestern mountains.

Was it a hiking trip gone bad or something more sinister?

As Maria uncovers clues that indicate a crime centuries in the making, her hallucinations become more real -and dangerous.

Are the ghosts she sees symptoms of PTSD, or has the paranormal world collided with reality?

With the help of the handsome director of search and rescue, Maria’s search explodes into a hunt for murderers and mythological Aztec treasure, all while keeping her own internal demons at bay.

Can Maria solve the mystery before she becomes the next target?

This paranormal thriller brings a modern-day murder and a 500-year-old legend crashing together into a page-turning suspenseful murder mystery with a surprise twist at the end. 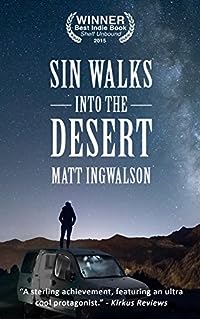 Sin gets a late night call from la Calavera. She’s an ex-federal agent living on half a lung in a retirement home near the border. And she says el Viejo is missing.

This is el Viejo she’s talking about. Diabetes and arthritis may have the old man in a rocking chair now, but in his day he was the baddest of snipers and the bravest of private eyes. He also saved Sin’s life, back when the boy was a 12 year old punk hellbent on shooting up the school bus with his daddy’s .357.

So Sin heads off to find his mentor, only to find a nest of killers with ancient vendettas waiting for him in the desert with the kingsnakes and coyotes. 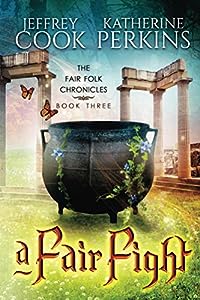 The faeries are preparing for a war throughout worlds. But before the fighting comes the talking.

May is approaching, but there’s no way Megan O’Reilly can focus on plans for graduation and beyond when the ancient monsters called the Fomoire are about to break out of their frozen lake. As the ice melts in the Spring air, a conference of magical beings from around the world is being called. Apparently there are a lot of risks involved in properly equipping this kind of party. There are so many places–Earth, different mystic realms, the collective unconscious, an outright netherworld–to go, people to see, and things to be done.

Megan is going to help. No matter how dangerous it gets. 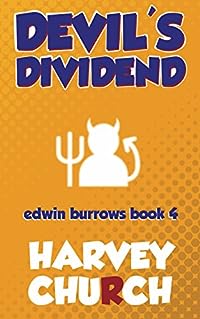 A Dying Man’s Request: “Find Her”

When Ted Danforth has a massive, life-threatening heart attack, he summons the most-unlikely ally to his bedside: Edwin Burrows.

Once Edwin appears, he’s asked to “find her.” But Ted’s incomplete request also comes on the heels of a client’s unsolved, violent murder.

A Dying Man’s Secrets Come to the Surface

Edwin Burrows, CPA, starts digging and discovers that Ted and the massacred client had a few secrets they’d kept hidden for years… the kinds of secrets that are meant to be buried.

One of those secrets? Ted fathered an illegitimate child, bringing the mysterious request a little too close to home: Rachel has an illegitimate sibling. But how much does Rachel really know? How far will people go to keep such secrets buried?

The Lengths People Will Go For Love…

But even Edwin isn’t immune; with a few secrets of his own, he discovers something new about his own capacity for secrets. And love. And truth.