Today is the big antique fair in downtown Petaluma, the Egg Capitol of the World! That’s what they claim, and who am I to argue? Plus the twenty thousand people who attend the annual Butter & Egg Day parade they had yesterday will also back it up. We really love our eggs and chickens in Sonoma County. The antique fair is what I am interested in though. I am going to ditch the family since they hate going to these kinds of things, and I hate hearing about how they hate it while I am checking out every single little antique I can get my hands on. I personally like to go a little late to this event. I’m not looking for anything in-particular, so I have no need to get there first, and I am much better at haggling after the vendors have been at it a while and are tired. I wouldnt mind finding some antique bee equipment. That would be nice. Hubby said I have hit my metal limit with my seahorse, so I will be on the lookout for anything wood. Hahaha! I am sure he thinks I have hit my limit on all shopping, but he wont say anything because he is happy I am not asking him to go. Fair trade. 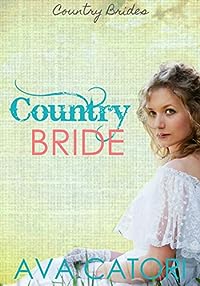 Kristin Shaw ran away to Wyoming, looking to escape a broken heart. After becoming widowed on her honeymoon, she can barely breathe, and isn’t sure life is worth living. Moving to a remote area of the country, she wants to hide away and heal her mind. Forced to confront rural life in Wyoming, she faces challenges that make her question her move.

Ty Addison is rough around the edges, having grown up on a farm, and now working in the small rural town. He had no intention of falling for the girl from New Jersey, in fact, he wasn’t even sure he liked her at first. Finding himself attracted Kristin, can he convince her to give him a chance? Or will she go back to the safety of suburbia life she once knew? (Each book is a complete story, no cliffhangers) 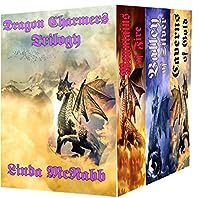 All three books in this series – in one volume!

Are you looking for a light fantasy read suitable for the entire family? One that will take you to a place of magic and dragons… Read it as an adult, read it to your younger children, or read alone as a confident reader. You won’t be disappointed!

Mountains of Fire
In a world where they can be sung into submission by dragon charmers, people have forgotten the true power of dragons… but when feral red dragons seize a royal prince, that power threatens everything.

Logan lives with Zared, and elderly and absent-minded wizard, in Shanoria – the Kingdom of the Dragons. His closest friend is Alyxa, a dragon charmer with the rare gift of soothing and commanding dragons. But not all dragons are tame, and when feral Reds kidnap the crown prince, Logan and Alyxa are thrust into a fast-paced adventure.

Valley of Silver
In the exciting sequel to Mountains of Fire, the spell binding the fearsome Red Dragons is weakening, and when they break free they will seek a terrible revenge. With the help of Silverhorn and Braveheart, Logan and Alyxa flee in search of Logan’s long-lost parents, who hold the key to defeating the red dragons.

With Logan unable to do magic, and his elderly wizard grandfather losing his memory, the future looks grim… But Logan refuses to give in and together with Alyxa, Myles and Eric he battles the red dragons once more.

Caverns of Gold
It has been a year since the red and gold dragons were defeated at Silver Haven. They thought they had seen the last of the dragons… When Logan realises that the threat of the dragons from The Rift is still very real, he goes in search of Zared to put it right… But Zared is gone and the fate of Silver Haven rests on Logan and his friends.

In the exciting conclusion to the Dragon Charmers series, Logan must travel down to the heart of the home of the dragons – the Caverns of Gold! 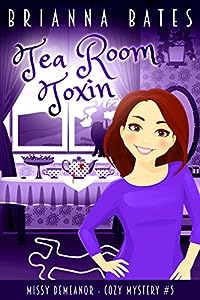 NOTHING GOES BETTER WITH A NICE CUP OF TEA THAN A DEADLY TOXIN…
In a cozy mystery, that is. As always, author Brianna Bates delivers a yummy read that’s lighter than lemon cake, and goes down just as easy.

There’s nothing like a breezy, easy-reading Missy Demeanor mystery for a quick, relaxing break in your favorite tea room; or to make those minutes fly by in the dentist’s waiting room. They’re fast, fun reads — maybe two or three hours — and just as luxuriously light as the froth on your latte (if you’re not a tea-drinker). In fact, they’re kind of like a short vacation from real life. (And so much cheaper!)

In TEA ROOM TOXIN, the FIFTH series entry, Missy’s best friend Noreen realizes her dream of opening a tea room, only not with Missy (as Missy’d kind of hoped), but with her other friend, Tonya, with whom Missy has never… quite… clicked. And then someone slips a deadly toxin into the very cup of tea Missy herself handed Tonya.

“Never quite clicked” is how Missy sees it, but the cops have other ideas — they think she had a perfect opportunity and at least two motives to murder Tonya–all except for Missy’s true love, Tyler, who knows she couldn’t be a murderer. He should — he investigated her once before (in Flea Market Fatal) and got his fingers burned. Although she’s sworn off sleuthing, there’s really no other way out, especially when she finds herself in handcuffs. So once again, Missy Demeanor, amateur detective, dons her deerstalker — and the game is on!

Since Missy works in a bookstore, devotees of Carolyn Hart’s Death on Demand series will think they’ve come home again. Animal lovers will fall for her dog Cody, and fans of women sleuths, especially light, delicious cozies you can read fast, with no cliffhangers, on-the-page violence or graphic scenes will eat this series up. If you like Gina LaManna, Jana DeLeon, Mary Daheim, and Leighann Dobbs, give Missy a try! 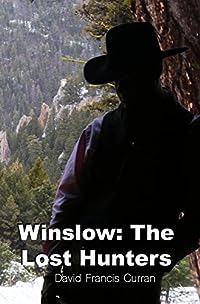 WISEGUY television series writer and 2018 MPL fiction award winner David Curran (IV) takes us to the wilderness where former guide Winslow Doyle tracks missing hunters in a thrilling tale of kidnapping and murder.
Comments:
* By page 3 I couldn’t put it down,
* Well-Written Characters.
*… the missing daughter, is smart and resourceful
*… you can imagine being there
*… twists and turns, keeping you on the edge of your seat
*… There’s a lot of wilderness lore and backwoods knowledge needed to solve the mystery, and Winslow certainly qualifies with his background
.A ghost, a wilderness hunt, an abandoned mine, a struggle to survive, a wolf in sheep’s clothing, and a daring escape attempt with a killer giving chase. 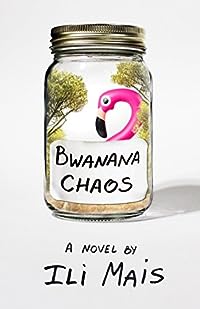 A marijuana farm.
A runaway girl.
A “tribe” of hippies.

Not all journeys of self-discovery start the same way…

Kitty, a young successful LA resident, has it all — good education, fashion career, rich friends, handsome boyfriend. But there comes the moment in her life when she realizes — chasing money and other people’s dreams is not what life is about. Lies, gossips and backstabbing creep up on her like snakes in the jungle until one day she has a meltdown.

All the way to her long-time friends who are in charge of a pot farm… There Kitty finds herself in a community of free-spirited people who gathered together for seasonal work. She doesn’t fit in and she could care less. Full of bitterness and despise for the individuals that snobby and stuck-up Kitty would never in any other circumstances even talk to she reluctantly joins them for “trim” work and unwillingly becomes a witness to their lives full of drugs, experiments and craziness.

And that’s when things take an interesting turn…

“Bwanana Chaos” is a strange, funny and exhilarating tale of chance, change and letting go. It’s a journey into a place where weed growing is just another regular job, crazies are in the majority, drugs, deviants and breaking rules are the norm, nonsense makes total sense, strange becomes familiar and chaos is beautiful. “Bwanana Chaos” is a celebration of freedom, new beginnings and an entertaining journey into the West Coast cannabis culture.