The Fate Of Two Worlds

For fans of old-school science fiction where robots are people and any problem can be solved (or created) with enough scientists. If you’ve ever wondered what the world would be like if scientists who’d read I, Robot created a race of robots, or if you ever wondered what might be more dangerous to clone than dinosaurs, then Robot Geneticists by J.S. Morin is the series for you. Enjoy! 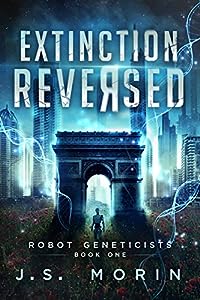 These days, even the humans are built by robots.

Charlie7 is the progenitor of a mechanical race he built from the ashes of a dead world — Earth. He is a robot of leisure and idle political meddling — a retirement well-earned. Or he was, until a human girl named Eve was dropped in his lap.

Geneticists have restored Earth’s biome and begun repopulation. But primate cloning is in its infancy; human cloning is banned.

Far from a failed genetics experiment, Eve is brilliant, curious, and heartbreakingly naïve about her species’ history. But Eve’s creator wants her back and has a gruesome fate planned for her. There is only one robot qualified to protect her. For the first time in a thousand years, Charlie7 has a human race to protect.

Extinction Reversed is the first book in the Robot Geneticists series. 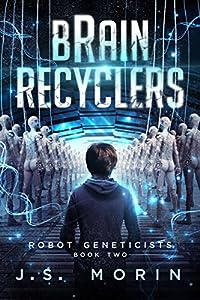 Immortality is a prison of fear.

With humanity out in the open, Eve and her sisters are now the subject of worldwide adoration — and constant surveillance. With Eve as humanity’s spokeswoman, it’s up to her to bargain for the freedom she craves now that’s she’s had a taste of it.

But Eve’s pleas fall on deaf ears. Hers is only one voice, lost in a committee of robots hundreds of years her senior. No amount of earnestness can overcome the crushing inertia of the Human Committee.

With no prospect of gaining room to breathe within the rules, Eve hatches a plot to escape and finds out exactly why the robots have tried so hard to keep the humans safe.

The Brain Recyclers are out there. They want to be human again. They will stop at nothing. 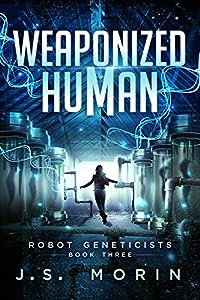 The greatest threat to humanity might be one of their own.

Eve has responsibilities now. As chairwoman of the Human Welfare Committee, she is humanity’s voice in a world run by robots. Her job includes approving geneticists who want to engage in ethical human cloning as well as overseeing the agency that hunts down threats to mankind. So when one of her sisters vanishes, Eve can’t afford to abandon her post to personally search.

Eve’s agents hunt for her missing sister, but in the process, they run afoul of some influential robots. Their brutish, invasive interviews, veiled threats, and hacking threaten to bring down the wrath of more powerful committees, potentially shutting down the entire Human Protection Agency.

With her agents pulled out of the field, Eve faces a crisis. Can she follow the rules of a robotic world, even if it might cost her sister’s life? 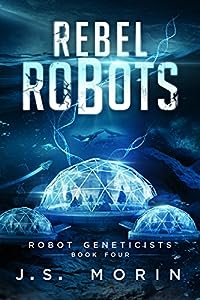 Charlie7 has his secrets. Every robot knows that history has a dark period where he was the only one alive, with no one to corroborate his story. That was before an old adversary, long believed dead, emerges from hiding to expose Charlie7 as a fraud.

With a newfound internship mixing new robotic personalities, Rachel Eighteen stumbles across an old file in the archive that no robot can access. The data it contains could upset the underpinnings of the thousand-year-old robotic civilization. When rebel forces seize control of the factory and take Rachel prisoner, can she hold out long enough for help to arrive? Does she even want to? What value does the truth have when the lie is all you’ve ever known?

Charlie7, for one, hopes never to find out. 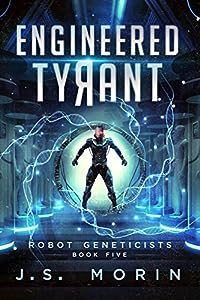 Those who learn history can doom others to repeat it.

A new generation of humans has entered adulthood. Raised by robots, these freshly minted citizens of Earth struggle to fit into a society that has gotten by without them for a thousand years. Until Alex Truman shows them a new path. Raised by Charlie7 and cloned from the original Charles Truman, Alex feels that it’s his right to rule mankind. With the entirety of human history as his guide, he learns from the successes and failures of the Human Era and puts them to use against a society that’s completely unprepared to oppose him. Who can stand up to this budding tyranny? Abby Fourteen asks that very same question and comes up with just one answer: her. 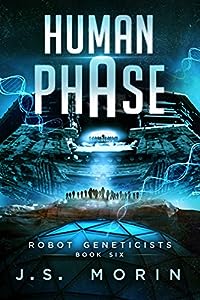 The red planet will run red with blood.

Martian terraformer Kaylee Fourteen is a recent immigrant from Earth. Residents of the domed colonies of Mars can practically smell the day they’ll be able to walk outdoors on their own planet without the need for air supplies. But the committees on Earth control the resources the colonists need and their interference threatens the terraforming project’s very existence…

Until a group of radicals takes hostages to force the release of the tech and materials the terraformers need.

Caught in the crossfire, Kaylee has to navigate the delicate line between sympathy for her captors’ goals and horror at their methods. If she can’t keep the peace and find a way to get the hostage takers what they ask for, humans and robots alike will pay with their lives.

How can anyone negotiate a hostage crisis with a bomb locked around her neck?

The fate of two worlds and the balance of power between humans and robots hang on that answer.