Sniff At The Sun

Mother nature is a cruel cruel beast. BEAST! What the heck is with me suffering from Springtime allergies and no sunshine and butterflies to sneeze at? I was pretty self conscious today dropping the baby bassets off at school this morning. I looked like I was just coming off of an all night binge. My eyes were red, my hair was.. actually it looked just about the same crazy wild, and I sounded like a bear…with sniffles. I tried to play it off, but that just made for very awkward interactions. So I guess I was pretty much the same as I always am. Maybe I will brush my hair before I pick up the kids. 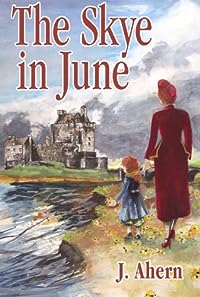 The Skye in June
by Multiple Authors

June MacDonald’s fate is sealed the day she is born when her mother defies her husband by not naming their new daughter after a Catholic saint, as is their tradition. No one can foresee that June will grow up to threaten the family by revealing her mother’s secret past in the Scottish Highlands. After a tragedy the Scottish MacDonalds emigrate to San Francisco in hopes for a new start. There, young June begins to have visions that haunt her mother. Her rigid and abusive father will not tolerate them. That doesn’t stop the feisty girl. Her three sisters try to protect their little sister from their father’s wrath with often hilarious tactics. The family is on the brink of imploding when June and her sisters come of age in the 1960’s Haight Ashbury scene. Their father’s declaration seems to be coming true: “Doomed to hell, every last one of you.” In order to save June her mother must stand up to her husband. This poignant mother daughter story is about of how family changes over time and addresses the issues immigrants face in their new country. It’s a story of acceptance and reconciliation and the world of mysticism. A book for the young and older readers. 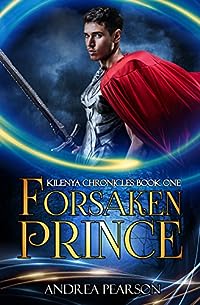 Sometimes magic comes to those who least expect it…

Jacob Clark doesn’t have time to believe in fantasies. He goes to school, works his after-hours job hard, and does what he can to keep his family above water. So after a mysterious girl tells him he’s a prince from another world, he laughs the story off as fiction. But when his family is kidnapped by very-real attackers, Jacob has no choice but to team up with the girl to get them back…

In just 48 hours, Jacob must cross worlds to retrieve a magical key and rescue his family. With only the girl’s misfit band of traveling companions and his own untested abilities at hand, the quest seems doomed to fail. But this is one job he can’t bear to lose. To save his family and the kingdom, he’ll have to live up to his princely legacy…

Forsaken Prince is the first book in a series of coming of age fantasy adventures. If you like original magic systems, imaginative monsters, and fast-paced action, then you’ll love Andrea Pearson’s series.

Buy Forsaken Prince today to join an epic quest fit for a prince. 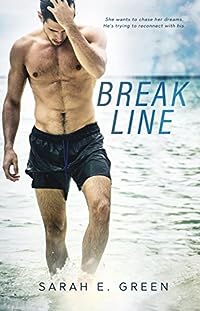 Emery Lawson was on the path to follow her dad’s footsteps. Going pro in surfing had always been the plan. The dream.

Now, at nineteen, everyone thinks Emery is done surfing and, aside from two of her best friends, no one knows the truth. Emery hasn’t stopped surfing. What was once her dream is now her little secret.

But if she wants to go pro, that secret is going to have to come out.

Twenty-two-year-old Sebastian “Bash” Cleaton has worked hard to get to where he is. For eight years he’s never had a day off, never taken a vacation. He is the best in his sport for a reason. But the passion that once drove him to chase the waves is missing. And Bash — Bash is tired.

When he escapes for a recharge in a small beach town, he never expects to crash into a girl who introduces him to a new life.

Secrets, hardships, and relationships come out of this debut tale of starting over and never letting go of your dreams. 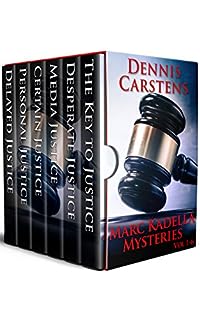 AN IRRESISTIBLE TREAT FOR FANS OF JOHN GRISHAM

Marc takes the proverbial road less traveled, going from life as a frustratingly floundering defense attorney to that of a celebrated criminal lawyer, while representing a handful of colorful clients running the gauntlet from vigilante to psychopath. And Marc deftly adapts to each of them. But the hero’s journey is only part of the fun. You can almost see the men sporting fedoras, and the babes would stop traffic even without the cleavage Carstens makes their standard attire. And there’s a contemporary angle sure to please fans of both sexes — the toughest guy in the series is gorgeous investigator Maddy Rivers.

BOOK ONE – THE KEY TO JUSTICE

Financially embarrassed, getting a divorce, living in a shabby apartment, and distinctly short of clients, Marc Kadella’s beginning to question why he ever went into the law when a friend brings him the case all Minneapolis is watching–defending an accused serial killer. If he wins, it could turn his life around — if he blows it, he better go into sales.

After winning the case of a lifetime, Minneapolis criminal defense lawyer Marc Kadella welcomes the infusion of energy his career is receiving. Another lawyer asks him to represent the co-defendant in a murder trial resulting from a petty crime that spiraled out of control — the somewhat “accidental” murder of the nephew of Vivian Corwin, grande dame of the influential Corwin family.

An adorable — and photogenic — two-year-old girl is kidnapped, and, when her remains are found, her twenty-two-year-old widowed mother Brittany is charged with her murder. But before she can even be charged she’s been tried and convicted by the media — with tragic consequences.

Marc was torn about representing oft-assumed psychopath Howie Traynor — his first homicide case — but even he was relieved when Howie was put away for forty years… Until, a decade later, his case is re-opened. And now not only Howie, but a handful of wrongfully-accused felons are back out on the streets.

In Dennis Carstens’ fifth hard-boiled legal thriller, we meet the classic black widow. All of Mackenzie Sutherland’s late husbands were millionaires. Each died suddenly and quite mysteriously of massive heart attacks (in spite of no history of heart trouble). And each left their children with nothing — and their young, beautiful bride (of about a year or so) with millions.

No one can resist Mackenzie’s charm. Not her current family attorney, not even sharp, successful lawyer Marc Kadella.

Maddy’s new beau, investment analyst Rob Judd, is found brutally murdered in his home — with an unconscious Maddy at the gruesome scene of the crime, clutching the murder weapon. Convinced she was framed, Marc decides to take on the case in spite of his close connections to the client. He finds he must delve deep into the complex money laundering schemes of Rob’s employer to save Maddy from false imprisonment. Or worse.

Carstens’ realistic take on the law as a nuts-and-bolts, often rickety way to make a living blends nicely with his worldly-wise portrayal of backroom deals, crooked cops, and conniving judges and politicians. Now bundled as a page-turning box set in an offer legal drama fans can’t refuse! 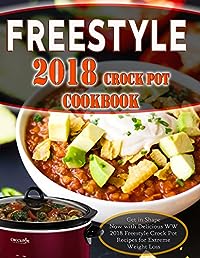 The reasons why people lose weight vary from person to person. Over the past two decades, obesity has greatly increased in the USA with statistics showing that more than a third of adults in the USA are overweight. When one is overweight, he or she has a lot of physiological as well as emotional issues, hence people having varied reasons for wanting to lose weight.