Yesterday I was made aware of a feud or I could say just two different ways of being, that I had not known I was a part of. I am currently doing a little bit of Spring cleaning and selling some things I no longer need online. I met up with a guy in a grocery store parking lot (cuz I don’t want to be killed in my home) who was buying one of my items. We started to talk about the item, and I causally mentioned I don’t like to have a lot of stuff. Stuff makes me feel weighed down and anxious. He looked in the trunk of my car, that was completely empty, and with great disdain in his voice he said, “Oh.. you’re one of THOSE people.” I’m sorry.. but WHAT? I was a bit put-off by the tone in his voice and decided it was time to leave. He opened up the trunk of his car to put the item in, and I saw that it was FILLED with stuff. So much stuff. I couldn’t believe it. Why would he have so much stuff. Then it hit me. He was one of THOSE people. That’s when it hit me. There are two different kinds of people in the world… Stuff and no stuff, and I like the people who want the stuff, because they are the ones who buy the stuff I don’t want anymore. Thank you Stuff People. You’re the best! 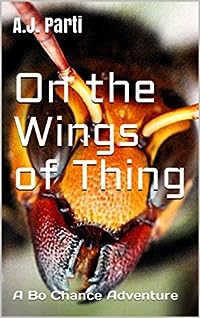 On the Wings of Thing: A Bo Chance Adventure
by A.J. Parti

Join Bo Chance in this fast-paced adventure that involves Nazis, mad scientists, convicts, and murder. What is the Blitzkrieg Bug? Who is the strangely-beautiful woman accompanying Bo on this rollicking fun quest filled with plenty of suspense, mystery, and humor? Find out all this and more by reading “On the Wings of Thing”. 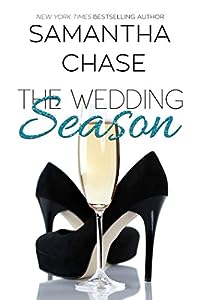 The Wedding Season: An Enchanted Bridal Prequel
by Samantha Chase

There were three guarantees in Tricia Patterson’s life:
1. Her friendship with Sean Peterson was rock solid
2. She had a career that she absolutely adored
3. This summer was going to be the death of her

With the proverbial “Always a Bridesmaid and Never a Bride” becoming her new mantra, Tricia didn’t know how she was going to survive this year’s round of weddings. Six of them this summer alone! In an attempt to ward off the pity-party, her best friend Sean gives her the perfect solution to help her get through – he’ll pretend to be her boyfriend. While not certain that was going to be of any help, Tricia’s knows it also won’t hurt.

When circumstances beyond Sean’s control keep him from coming home to Tricia’s aid, he sends his brother Ryan in his place. Four years older than his brother and his best friend, Ryan isn’t sure why these weddings are such a big deal. He’s also not sure of what the exact nature is of this relationship between Sean and Tricia. And that’s becoming a big problem because the more time he spends with Tricia, the more he realizes that she’s the one he wants to plan a wedding with. 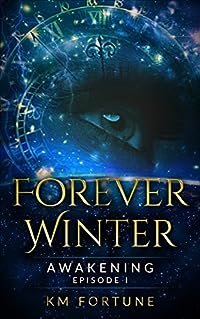 When Raven Winter finds herself awake after a freak accident which left her frozen in a coma for over one hundred years, her life turns into a battle for survival. Only one man can help her… the brave and charismatic scientist who brought her back to life.

A cloned human scientist, Matthew has dedicated his life to solving the plague which destroyed the world. When he finds Raven’s body, he knows his research can take a giant leap forward. There is only one problem. He will have to kill the enchanting woman he is quickly falling in love with.

Would you sacrifice the possibility of humanity’s last hope for love?

The end of the world is only the beginning.

Forever Winter: Awakening is episode one of a post-apocalyptic adventure, which emphasizes the message that if you believe in yourself, good can prevail.

Note to readers: This novella is episode 1 of 12 in season one of the epic tale Forever Winter. If you like a story with intrigue, adventure, and romance mixed with conflict and heroism, then you will love KM Fortune’s page-turning books. Explore the world of Forever Winter. Buy it today! 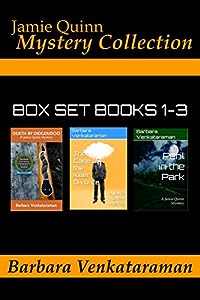 Books 1-3 of the Jamie Quinn Mystery Series! Including:

“Death by Didgeridoo”-Winner of the Indie Book of the Day award. Reluctant lawyer, Jamie Quinn, still reeling from the death of her mother, is pulled into a game of deception, jealousy, and vengeance when her cousin, Adam, is wrongfully accused of murder. It’s up to Jamie to find the real murderer before it’s too late. It doesn’t help that the victim is a former rock star with more enemies than friends, or that Adam confessed to a murder he didn’t commit.

“The Case of the Killer Divorce”-Reluctant lawyer, Jamie Quinn, has returned to her family law practice after a hiatus due to the death of her mother. It’s business as usual until a bitter divorce case turns into a murder investigation, and Jamie’s client becomes the prime suspect. When she can’t untangle truth from lies, Jamie enlists the help of Duke Broussard, her favorite private investigator, to try to clear her client’s name. And she’s hoping that, in his spare time, he can help her find her long-lost father.

“Peril in the Park”-There’s big trouble in the park system. Someone is making life difficult for Jamie Quinn’s boyfriend, Kip Simons, the new director of Broward County parks. Was it the angry supervisor passed over for promotion? The disgruntled employee Kip recently fired? Or someone with a bigger ax to grind? If Jamie can’t figure it out soon, she may be looking for a new boyfriend because there’s a dead guy in the park and Kip has gone missing! With the help of her favorite P.I., Duke Broussard, Jamie must race the clock to find Kip before it’s too late. 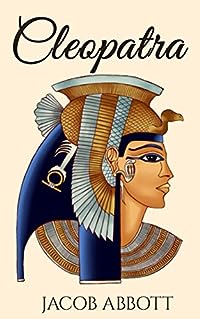 Cleopatra tells the story of the girl queen who inherited the richest empire in the world – one that stretched from the scorching deserts of lower Egypt to the shining Mediterranean metropolis of Alexandria. In his concise biography, historian Jacob Abbott brings to life the intrigue, romance and dramatic action of Cleopatra’s life and times.