Looming On The Horizon

The Ziva Payvan series by EJ Fisch is a story of lies and betrayal, and of truth and loyalty. Of pain and suffering, and of strength and healing. Of revenge, and forgiveness. Of weakness, and determination. Of fear, and heroism. Of hate, and unbreakable bonds. Enjoy! 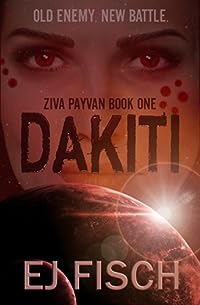 The distant world of Haphez is located on the edge of populated space. The planet’s native superhuman race is feared and respected by neighboring civilizations. Their military and police forces are unmatched.

Lieutenant Aroska Tarbic is an agent with the revered Haphezian Special Police. He’s lost a lot in a short period of time; the other members of his squad were killed in a tragic accident, and his younger brother was wrongfully convicted and executed for a crime he didn’t commit. Just when Aroska thinks he’s starting to piece his life back together, he’s assigned to a joint task force with a special operations team. It seems like a unique opportunity, at least until he learns that his new commander is none other than Ziva Payvan, HSP’s finest operative… and the assassin who killed his brother.

Ziva is good at her job, a business that requires her to ignore her feelings and carry out her missions without question. She’s confident in her own abilities to complete the assignment, but Aroska is a wildcard. When their team stumbles across a young human during a routine investigation, they soon realize that the situation isn’t what it seems. The boy has unwittingly uncovered an age-old plot, one that could put the entire Haphezian race in jeopardy.

Now the lines between friend and foe have become blurred, and no one can be trusted. United by the imminent threat, Ziva and Aroska must set their differences aside in order to save their people… and maybe even each other.

All roads lead to… DAKITI 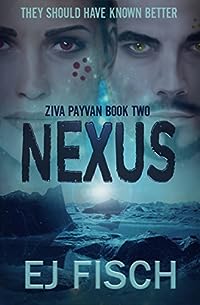 It has been two months since the mission to Dakiti that brought Ziva Payvan and her special operations team face-to-face with death. But like any other mission, she has put it behind her and keeps her focus directed toward whatever comes next. Life for HSP’s Alpha spec ops team has essentially returned to normal.

But then a Haphezian dignitary is found murdered in his private residence, and Ziva is shocked to find herself at the center of the investigation. The mark of a professional killer. The irrefutable evidence. Even the motive. All of it seems to point directly to her. There’s just one problem: she didn’t do it.

Hunted by a ruthless HSP captain, Ziva must go on the run from the very people who taught her everything she knows. The agency that once had her back is now her biggest threat; those she considered allies have turned against her or have their hands tied. As a skilled assassin who has been trained to be invisible, evading her pursuers seems like an easy task, but her own skills can only take her so far. Desperate to clear her name and find the real killer, Ziva turns to an old acquaintance, a man who saved her life once… and the last person she ever expected to ask for help. 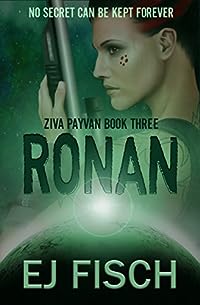 Nearly three months have passed since the assassination of Ikaro Tachi, but for some, the incident has had a lasting effect. Years of trust and reliance have been compromised. Betrayal and secrets have created wounds that may never fully heal.

Ziva Payvan is no stranger to the concept of keeping — and uncovering — secrets. But when she swore to fulfill the final wishes of a dying friend, she never expected that task to include exposing one of the biggest and longest-kept secrets in the galaxy.

A new threat has been looming on the horizon, one nobody ever saw coming. Strategic attacks by the mysterious entity known as Ronan are leaving the Haphezian military stunned and crippled, and a member of Ziva’s own squad has been captured. The rest of the team must join forces with old allies and enemies alike in order to reveal the endgame of this new adversary. But the closer Ziva gets to uncovering Ronan’s intentions, the closer she comes to jeopardizing a secret of her own, one she has killed to keep. Her choice becomes simple: protect herself as she has always done, or make a personal sacrifice to protect everything she holds dear.