I will tell you why I am having such a bad case of the Mondays today. I was an over achiever this weekend. I worked my tushy off in the garden getting ready for being gone next week at Disneyland. I had done a lot of planting in the garden, but had been watering most of it by hand. After a wonderful lazy Sunday morning I went to work in the beautiful sunshine. That was my first mistake. The sunshine is great, but wearing a hat would have been smart. I have a glorious farmers tan going right now. Getting all the plants set up wasn’t enough though. I also decided to tackle a few huge projects that filled up my yard waste bin to the brim. It never occurs to me that maybe I should take it a little easy so I will be able to function on Monday. Instead of recharging over the weekend, I pushed myself to the limit. I think I am going to start a new movement where everyone stays in bed all day long on Mondays and are required to accomplish nothing. No Movement Mondays! 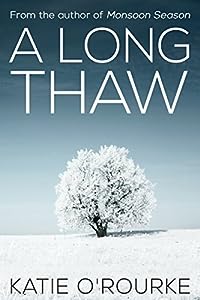 A Long Thaw
by Katie O’Rourke

A multi-generational story about the power of secrets and the unbreakable bonds of family.

A Long Thaw is about two female cousins who were close as children and reconnect as adults. Abby and Juliet were born into one big, close, Catholic family. But the divorce of Juliet’s parents fragments this family and sends the girls in very different directions.

Juliet grows up too quickly, on the west coast, forced to be responsible for her younger sisters as well as an alcoholic, single mother. On the east coast, Abby grows up a pampered, sheltered only child. As women, they try to mend the rift and come to terms with the way their shared history connects them in spite of the years apart. 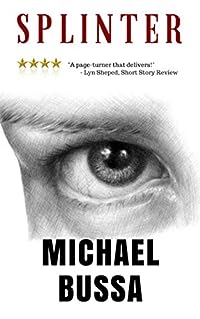 Some family secrets should go to the grave. In the tiny town of Milnor, ND, Adam struggles to bring some measure of normalcy to his life, after a tragic event left him confined to a wheelchair, twenty-one years earlier. His sister, Ada, fills his days with psychological torment and disappears for days at a time. Is it sibling rivalry, or something more sinister? A psychiatrist, in his relentless search for the truth, gets caught up in the unexpected. Splinter will keep you guessing right to the end! 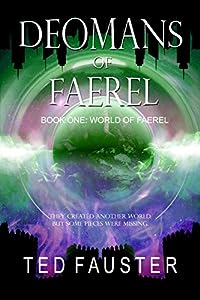 Sometimes, a second chance isn’t all it’s cracked up to be.

2013: Officer Jack Rowan drowns his sorrows in a bottle of whisky, then makes a life-altering decision… 1943: Hanna Strausen, sheltered daughter of a wealthy Austrian industrialist, walks off into a bitter winter storm to put an end to a losing battle with cancer… 1967: Som Lek Trudeaux, on the run from the Tetra gambling syndicate, takes refuge in a mysterious spice shop from which he cannot escape… 2331: Drug-addled youth Claire Daniels takes her last hit of dioxyrybocontrin…
From award winning author Ted Fauster comes an epic crossworlds fantasy adventure like no other. Using information stolen from the agents of the creation of existence itself, dark forces collude to create a new world, a slave world, one kept under the ruling thumb of their evil influence. But four ordinary humans, each plucked from the hallways of time by an outcast angel, may just be able to help its citizens gain a fighting chance for freedom…

This sprawling contemporary fantasy novel is set in the popular World of Faerel from award-winning fantasy adventure author Ted Fauster and pushes the farthest reaches of imagination. This is the first part in an epic new series. Fans of The War of the Flowers by coast-to-coast best-selling phenomenon, Tad Williams and River of the Dancing Gods by fantasy master, Jack L. Chalker will surely enjoy this first installment in an epic new fantasy series. A fresh new read for those seeking crisp imaginative fiction. 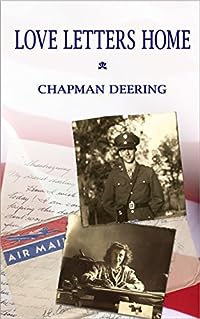 Separated by war. Surrounded by conflict. Would their love endure?

After Japan dropped its bombs on Pearl Harbor in December of 1941, Ruth LeBlanc’s secure little world evaporated. The love of her life disappeared into battle and all the familiar comforts of home were slowly taken away. As the war spread like a cancer across the face of Europe, Africa and the Pacific, letters became the only uncertain bridge between her and the man she had promised to marry. With the war stretching on into an unknown future, would she have the courage to wait for him or give in to the temptation to begin a new life with an old flame?

“Love Letters Home” is an historical romance set in New England during the years of World War II. Using the actual letters of an Army Air Force soldier serving overseas, the novel reveals what the war years were really like for both a lonely soldier serving his country and the woman he left behind.

In this revealing historical romance, Chapman Deering, explores the hidden textures of the heart in a time of turmoil. Combining well researched historical details with the dozens of letters sent from a soldier at war to the woman he loved, the author explores the tumultuous years of sacrifice and heartbreak experienced by so many during World War II. 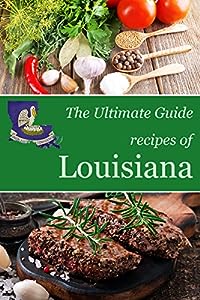 The Ultimate Guide: Recipes of Louisiana
by Encore Books

Discover the wonder of food in Louisiana… one delicious dish at a time.

Louisiana cooking is incredibly unique! From creole to cajun, from gumbo to crawfish, the mix of ingredients and especially spices, create incredible and fabulous meals. Its food describes the grandeur of this deeply southern state exceedingly well.