Living in a college town, one must be very aware of the extra festive holidays. This holiday weekend was certainly one that is on the top of the list of rowdy weekends. I inadvertently became the designated driver for the whole weekend, and I gotta say it was kinda nice. First is the bonus that I know all my friends got home safe, but the added bonus of waking up and still feeling like a human that can function is pretty sweet. I know you might be thinking the morning icks would be caused by alcohol, but that is only partly true. Yes, I would have a drink or two, but that’s not the problem. One beer or one glass of wine usually leads to one or seven cookies. Sometimes it leads to one piece of cake….left on the plate while I gobble the rest of it down. I spend more time waking up with sugar headaches than I do from any ill affects of alcohol. Having no alcohol gave me the will power to say no to dessert. When I was younger and out partying with my friends, alcohol would make my friends flirty, so they would chase the boys. Alcohol just made me crave a sweet treat, so I chased dessert. The boys of our youth are gone, but my Boston Cream Pie is still right by my side…. on my sides. HA! 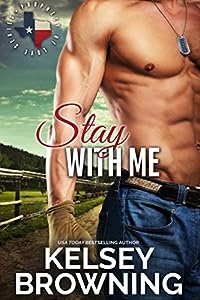 Stay with Me (Prophecy of Love Book 1)
by Kelsey Browning

Does heartbreak really make you stronger or does it simply make the heartbreaker impossible to resist the second time around?

After losing a love as big as Texas, he’s moved on…

After ten years in the military, Cal Maddox knows exactly what he wants: a quiet life in his hometown, a little piece of land, and the love of a good woman. Nothing on that list describes Delaney Shields, the woman who once jilted him. Now, she’s back in town, and with one kiss, their past attraction flames from teenage infatuation to full-fledged lust.
… but she’s back, sexier and sassier than ever…

Delaney never expects to see her first love, but a run-in with sexy-as-sin Cal sets off her craving for a second chance at the passion they once shared. Acting on those naughty fantasies would be disastrous, because she’s not the sticking kind, and Cal has roots a mile deep.
… and they’re both hiding heart-breaking secrets.

When Delaney is backed into a corner, her first instinct is to bolt. But with every kiss, every touch, she finds herself falling for the man she once believed was her soul mate. Will Cal be able to seduce his way back into her heart, or will her secrets from the past tear them apart for good? 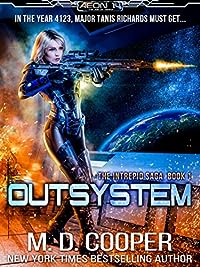 In 4123, the greatest colony ship ever built is leaving the Sol System, and Major Tanis Richards has secured a berth.
Demoted by the military and hung out to dry, the media calls Tanis the Butcher of Toro. But despite her soiled record, she still one of the best military counterinsurgency officers in the Terran Space Force.

Her background and skill are what cause the colony leaders to bring Tanis on, assigning her the task of stopping the terrorists who are attempting to destroy the colony ship during the final phases of its construction at the Mars Outer Shipyards.

Getting the job done will be her ticket out of the Sol System, but Tanis discovers she is up against more than terrorists, mercenaries, and assassins. Major corporations and governments have a vested interest in ensuring that the Intrepid never leaves Sol, ultimately pitting Tanis against factions inside her own military.

With few friends left, Tanis will need to fight for her life to get outsystem. 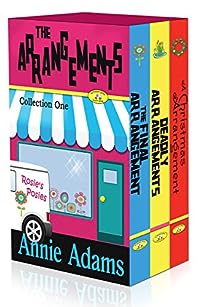 Pushing Petals Can Be Murder…
3 books. 600+ pages of Laughs, Mystery and Romance. 25% off the cover price.

The Vulture is dead.

The body of Quincy McKay’s nemesis and biggest competitor in the floral business has just been discovered in a casket at the mortuary, complete with flowers on the lid.

Derrick Gibbons, aka The Vulture, stole all of Quincy’s funeral business, and now she’s on a mission to get it back. But there’s a problem–Quincy is now the main suspect in The Vulture’s murder.

Armed with only her Zombie delivery van, good intentions, and the business card of a handsome cop named Alex, she must find the killer, save the flower shop, and keep from ending up in the next casket. If she can dodge burning bushes, the plague of a polygamist ex, and her mother’s Mormon Mafia Spy Network, her life with Alex and her shop could become the perfect arrangement.

All florist Quincy McKay wants is success in business, a happy family and the perfect romance with Alex Cooper, the hottest cop in the state. Not necessarily in that order, of course. Is that so much to ask?

The trouble is, between Alex’s job and planning weddings, it’s getting harder and harder for Quincy and Alex to find any time to themselves. Every time the flames of passion ignite between them, someone or something shows up to fizzle the fire, including her meddling mother, her formerly absent father and even Elma, the handsiest waitress in the West.

Wedded bliss is contagious in small town Hillside. Should be great news for Quincy, except that one groom is missing and another is the prime suspect. Hard for a florist to make a living that way, and even harder for her to stay out of the investigation, especially when the suspect is her sidekick, K.C.’s fiancé.

Just when she thinks nothing else could go wrong, a ghost from Alex’s past comes back to haunt them both, which could keep them apart forever, if someone doesn’t kill Quincy first. She’s stumbled into the clues to solve the case of the missing groom and finds a corpse as well, proving that planning a wedding can literally be murder.

It’s Christmastime in Hillside, but there’s a lack of holiday spirit for flower shop owner Quincy McKay. She’s in charge of the town festival and her shop’s open house, but her Santa’s a no-show and her flower cooler is on the fritz. To make matters worse, she’s learned her ex-husband isn’t as ex as she’d thought. Just when she thought things couldn’t get any worse, her boyfriend, hot cop Alex Cooper announces his parents are coming to town.

Alex Cooper is the perfect man in Quincy’s book, but unfortunately his mother thinks so too. And no woman is perfect enough for her perfect son, but especially not the weird flower shop girl who works too much, can’t cook and who she catches kissing another man in the department store. And what’s this she hears about Quincy being married? Eleanor Cooper must help her son dodge a bullet (and not the kind from his job) during the romantic holiday season to prevent him from being ensnared in a regrettable relationship.

Quincy’s dignity (of which lately she’s in short supply), her reputation, and every business in town are riding upon the success of the city’s Christmas celebration. If she can figure out a way to make it work despite failing equipment, helpers dropping out of the picture as fast as snowflakes in a blizzard, a troubling and inappropriate Secret Santa, and the possibility of arrest, she might win the respect of everyone in the town, but more importantly, Alex’s parents.

If Alex can survive his loving but meddling mother until Christmas, and keep Quincy safe from her crazy ex-husband, with a little help from the MLM (Mormon Ladies Mafia), and K.C. the she-Santa, he’ll arrange for the perfect holiday for himself and the woman who has captured his heart. 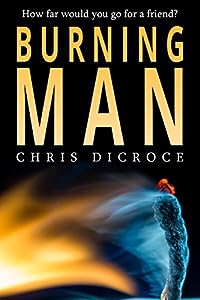 A heartbreakingly funny adventure about love, friendship, and loyalty. From the Amazon bestselling author and critically-acclaimed songwriter who has been entertaining audiences with his words for more than 20 years.

How far would you go for a friend?

One week ago, music legend Dash Nelson was on the way down. His music, iconic. Revered. And, it’s not selling. But he’s got one more record in him and it just might be his best one yet.

On the morning after the record release party for Heavy Clutch, Dash is roused from a scotch-induced slumber with the news that his long-time manager and best friend, Paul West, was found dead. Dash abandons his family, friends, and his record to keep a promise he made to Westie many years ago. A promise that he’s certain will land him in prison.

When Westie’s body goes missing from the morgue, rumors circulate. A mysterious offshore transfer of three hundred thousand dollars brings the FBI to Nashville, but Dash is nowhere to be found.

After a cross-country road trip and a sacred burial ceremony that pushes Dash to the limits of his own sanity, he hops on a plane to a tiny Western Caribbean island to fulfill one final wish for Westie. An unexpected turn of events leaves him fighting for his life aboard a sailboat with Westie’s biggest secret.

From Dash and Westie’s aeonic friendship comes BURNING MAN. A simmering novel that twists in the grasp of DiCroce’s unique storytelling. If you’re a fan of Carl Hiassen, Tom Robbins, or Tom McGuane, you’re certain to love BURNING MAN. 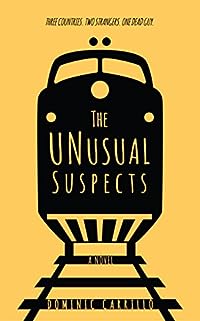 The Unusual Suspects
by Dominic Carrillo

Nia, a 14-year-old Bulgarian-American girl, ditches her private school and takes a train from Sofia en route to Berlin to confront her ex-boyfriend. On the way, she meets a wise, geriatric American named Kurt who has a knack for killing people unintentionally. On the lam across Eastern Europe, where will Kurt and Nia’s intersecting journeys lead them? The Unusual Suspects is a heart-warming, coming-of-age adventure.