I am not going to lie, I feel like I am in a bit of a competition with my neighbor who takes care of Junebug when we are on vacation. When we go on vacation my neighbor next door takes care of all my critters and does a wonderful job. I feel that Junebug is still too young to leave at home alone for such a long time, so I asked my other neighbor if she would mind taking Junebug while we were gone. They were thrilled to do it, and I was relieved that she would get the extra love and attention she needs. It was really sweet when they sent me pictures of they kids playing with her in the backyard, or of Junebug in their laps being read to by the young kids. It was also sweet to see Junebug and their young pup napping or playing together. I loved to see Junebug so happy. Maybe too happy. Junebug was loving life and living it to the fullest! All those great pictures of Junebug so happy had me starting to worry she would love it with them better. I gotta step up my game. 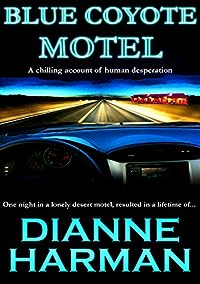 Would you take an anti-aging hormone – even if it meant you’d become an addict?

What if you could keep your youth? If someone you knew was terrified of aging, and you’d invented the hormone, would you give it to them? Even if it meant discovery would cause you to lose your chance of winning the Nobel Prize?

Blue Coyote Motel spans the globe from the barrios of Southern California to Provence, South America, and the Himalayas. Maria and her husband, Jeffrey, a scientist fired from a prestigious laboratory, struggle to build a new life in a remote Southern California desert areas as owners of the motel.

Along with the anti-aging hormone, Jeffrey invents a “feel-good” wonder drug to help Maria with her depression. As Jeffrey becomes insane he begins to experiment with the wonder drug. Six wayward travelers, including an alcoholic priest, a couple who own gold mines in Brazil, a depressed widow, a struggling salesman, and a Native American pediatrician find themselves spending the night at the small motel. The next morning they wake up feeling better than they ever had. Has Jeffrey’s miracle drug delivered? Or is the nightmare of addiction only beginning? Blue Coyote Motel presents an engaging look at the human frailties present in all of us. 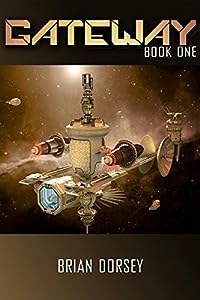 Major Tyler Stone stands at the precipice of greatness. After years of faithful service to the Republic, everything seems to be coming together — a promotion, an engagement to a beautiful (and powerful) woman, and the restoration of his traditional family name promise to restore his family to its long lost place among Alpha Humana’s elite.
But his world suddenly begins to crumble when deceit and defeat bring him face to face with the enemy — an enemy that turns his perception of the galaxy on its ear, challenging his understanding of his civilization and his own identity.
Now Stone must choose between duty and honor as he struggles to understand the nature of the war the Humani have been waging for so many generations. 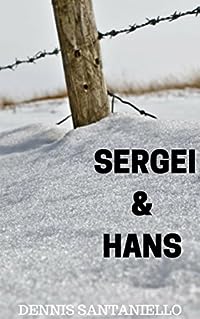 Sergei and Hans
by Dennis Santaniello

Two soldiers from opposite sides of the war.

One Christmas meal that will change their lives forever.

An action packed historical thriller where survival is the only thing that matters, SERGEI AND HANS is a story of war, loss, and redemption. Set on the Eastern Front of WWI, on a cruel and unforgiving mountain, and later in a terrifying German prison camp, this fascinating story encapsulates real men and their struggles to survive a war unlike the world has ever seen.

Both soldiers have their own stories to tell.

They are “SERGEI AND HANS”. 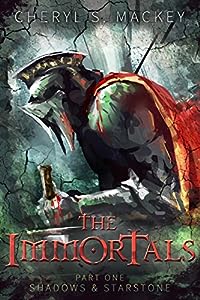 The Immortals: Part One: Shadows & Starstone
by Cheryl S. Mackey

A thousand years ago the gods known as The Four created the Immortals to protect and defend their world against an invader known as the Dro-Aconi — and then vanished. Left to fend for themselves, the three races of Ein-Aral and the Immortals banded together to save the world.

Ivo, Jaeger, Jadeth, and Emaranthe must protect a desert village and its hoard of Starstone. Can the companions battle inner demons long enough to defeat legions of enemies and keep the enemy from stealing the Starstone, or is this merely the beginning of an even greater quest? 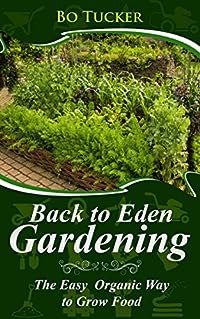 Back to Eden Gardening: The Easy Organic Way to Grow Food (Homesteading Freedom)
by Bo Tucker

Back to Eden Gardening: The Easy Organic Way to Grow Food

Do you want a self-sustaining garden?

Are you looking for natural organic gardening methods that work?

Do you want to have healthy, nutrition filled fruits and vegetables?

Then Back to Eden Gardening: The Easy Organic Way to Grow Food by Bo Tucker can help!

Based on the popular Back to Eden film, you’ll find everything you need to know to create your own little slice of Eden no matter if you have a lot of land or just a little. It’s easy to start an organic gardening with the methods shown in the film, broken down and explained a little further to help you get started. From how to pick out your woodchips to how to compost, Back to Eden Gardening: The Easy Organic Way to Grow Food by Bo Tucker will help you to learn everything you need to know. With the Back to Eden method, everything is just as God intended without GMOs, pesticides or other harmful chemicals to you and your plants. You’ll learn how to grow fruits, vegetables, and even an orchard on your own land with minimal labor! Get started building your own slice of Eden now.