Bestselling author Erin McCarthy offers her signature humor in this fun series about an uptight fashion-conscious home stager who finds herself stiletto-deep in murder… Enjoy! 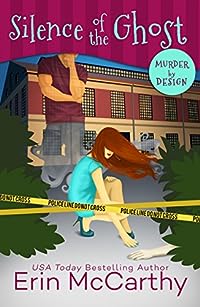 Expert home stager Bailey Burke has come to terms with the fact that her friend, Ryan, is a ghost, but she thought after they solved his murder together, he would get sucked into the light. Instead he’s hanging around and interfering in her love life, and mocking her inability to drink Jameson.

When a body is found near her historic neighborhood of Ohio City, mimicking the famous Torso Murders, and she starts hearing voices, Bailey thinks she’s really lost it now. Ryan’s ghost is one thing, but a whole gaggle of undead talking to her? No thanks. But Ryan informs Bailey she’s not nuts… she is a spiritual medium. And with him as middleman between the victims and the police, they can give the dead justice and he will finally get his one-way ticket to heaven. Considering Eliot Ness allegedly went to his grave bitter that it was the one case he couldn’t solve, Bailey doesn’t see how an uptight lightweight like herself can handle the modern equivalent. But now that Ryan has scared off every man she’s tried to date, including his former partner Marner, she has Saturday nights free for murder-mystery solving.

Yet dealing with the dead is more difficult than de-cluttering a hoarder’s house. Bailey finds herself pulled in all directions… and possibly conned by a killer. 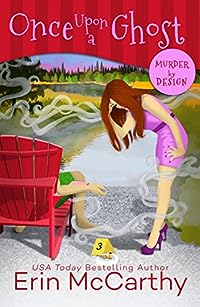 With Bailey Burke’s design and staging business booming- it turns out tangling with a serial killer is the best advertising ever- she has no time to lament her lack of love life, or wonder where her dead friend Ryan’s ghost has gone. She hasn’t seen him in months, but when she finds a body in a home she’s been hired to stage she’s hounded by the dead man’s ghost.

Having been a medium before, this guy is by far the most irritating ghost she’s ever met, with his constant need to talk over her and flick pennies at her head. Without Ryan to guide her, she’s on her own to figure out what the dead man needs from her. On top of all that, cop Jake Marner is back in her life, ostensibly to protect her, but mostly to confuse her as to whether they are dating or not.

Before she can say “Put It Where?” Bailey finds herself immersed in mob dealings, the secret world of male-only sweat baths, and double dealings. When another body turns up, there is no doubt that she’s in over her head… again.