A psychic, a witch, and a voodoo priestess walk into a bar… From a New York Times bestselling author Tricia O’Malley comes a series of fun page-turners. The Althea Rose Mystery Series are delightful novels that weaves friendships, murder, romance, and a Boston Bull Terrier named Hank together with just the right magic and mystery to make it a fast read that leaves you wanting more! Enjoy! 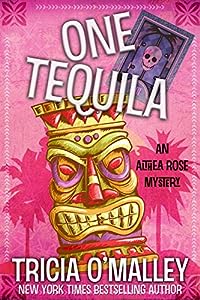 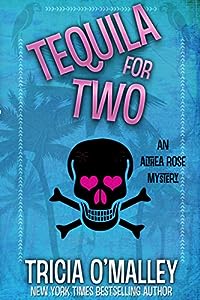 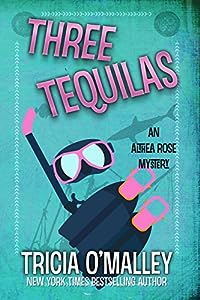 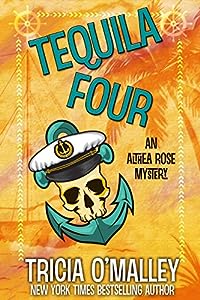 It isn’t every day that a billionaire pharmacy CEO sails his yacht down to Tequila Key to see how the common folk live. Or in Chadwick Harrington’s case, to hide out from the media circus threatening to ruin his not-so-illustrious career after he privatized a patented cure for Alzheimer’s.

No wonder he’s called “The Most-Hated Man in America.”

When Chadwick is abducted, his security chief forces Althea and Miss Elva to use their extra-sensory powers to find Chadwick within three days… or else. Which is the last thing Althea needs when she’s in the middle of an explosive love triangle that threatens to distract her from the events at hand.

The clock is ticking, and when a website goes viral revealing the lurid details of Chadwick’s lifestyle, the whole world is watching as Althea is forced to throw caution to the wind to find the one man she’d just as soon see left for dead. 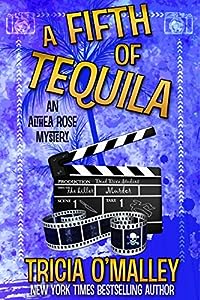 A Fifth of Tequila: An Althea Rose Mystery (The Althea Rose Series Book 5)
by Tricia O’Malley

Fame is a tricky business, as Althea Rose learns firsthand when the spotlight-seekers sweep into Tequila Key after rumors of a psychic reality show hit the headlines. Even more annoying are the tabloid photographers who insist on taking photos of Althea in the most unflattering positions – like bending over to take off her wetsuit. Who wants their bum plastered across the cover of a magazine?

Understandably miffed, Althea grows even more frustrated when she learns a famous TV producer wants to sign her and Miss Elva on to co-star in the reality show. To make matters worse, a competing psychic with an over-inflated ego has arrived in town to sniff out his chance for the spotlight. He and his ruthless assistant make Althea’s life hell as they vie for the coveted leading role in the show.

Althea tries to ignore the bedlam and carry on with her life, but to her surprise she finds herself smack dab in the middle of a murder, again. And this time all fingers are pointed at her.