Warm Mornings… Summer is a Coming

Well you know what happens when the Bassets are away? The chickens will play!! And also be given the responsibility of working… so I guess the chickens will work and play while the Bassets are away. But it is such a beautiful day that I Queen Jackie drew the short straw with who would blog today, I can’t wait to return to my early morning yoga and snack on some crickets afterwards. It is really the perfect time to grab a book and read in the sun… so enjoy! And don’t worry I’ll be back, Jackie 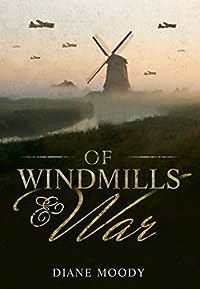 Of Windmills and War
by Diane Moody

The rumblings of war in distant countries mattered little to Danny McClain. Then, in December of 1941, during his first year at Northwestern University, news of the attack on Pearl Harbor hit much too close to home. After a series of unexpected events over the next couple of years, Danny found himself in the co-pilot seat of a B-17, stationed with the 390th Bomb Group in Framlingham, England.

Anya Versteeg had been just a teenager when Hitler’s troops invaded her homeland of Holland in May of 1940. Forced to grow up much too fast, the feisty preacher’s daughter eagerly immersed herself in the Dutch Resistance and its many efforts to thwart the enemy.

By 1945, the people of Occupied Holland were starving. Cut off from the outside world in retaliation for their failed attempt to oust the Germans invaders, the Dutch had no food, no electricity, no fuel, and little hope of surviving. Thousands were dying every day. Then, just days before the war ended, help came to The Netherlands like manna from heaven.

Operation Chowhound held special meaning for Lieutenant Danny McClain. Somewhere below in the battered land of tulips and windmills was the girl who needed rescuing–after rescuing so many others. And he would move heaven and earth to find her. 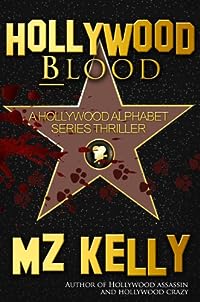 If you think you’ve got problems, meet LAPD cop, Kate Sexton. She’s just been promoted to the department’s elite Robbery Homicide Division, along with her canine partner, Bernie, a first for the homicide unit. But things immediately go downhill when a famous singer’s manager is shot and killed during one of Kate’s mother’s psychic séances. While Kate tries to balance her troubled relationship with her mother and an ex-cop, things get even crazier when the killer strikes again… and again… and then targets those closest to the investigation. 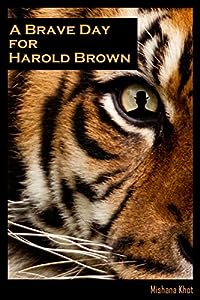 All Mr. Brown wants is a nice cup of tea and a peaceful evening with his cat on his knee. He’s too old for love and adventure. Or so he thinks.
This morning when Harold Brown woke up, it seemed like a normal day. Why would a 50-year old man feel anything about a circus coming to the quiet town of Limberlost? But BonBon Circus has brought a Bengal tiger, and Harold’s never seen a tiger before. When he decides to disrupt his routine to visit the circus, it sets in motion a few other changes, all leading up to one thrilling day. 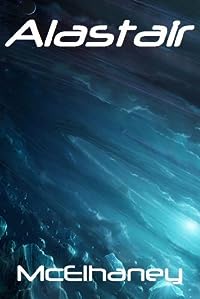 In the future, all galactic trade will be dependent upon one universal resource. That universal resource is water and there’s one little outpost in the Kuiper Belt that holds the contract for mining and supplying this valuable commodity.

Theophilus has spent his entire life aboard the vastly populated Oort Station along with thousands of others who were merely a byproduct of their ancestor’s occupation. When his older brother stows away on a departing Galactic Cruiser to chase after a possible conspiracy, he winds up becoming another statistic in the mystery of the missing ships. It would be years before Theo would discover that his brother may not have been so crazy after all… 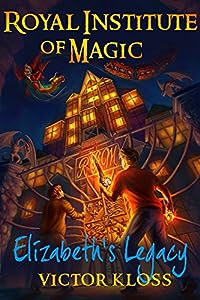 Like most normal people, Ben hadn’t the faintest idea there was an Institute of Magic…
Two years after his parents’ sudden disappearance, Ben Greenwood stumbles upon a cryptic letter that could shed some light on their whereabouts. But before he can track them down, he’ll need to find the mysterious organization that sent the letter:

The Royal Institute of Magic.

To succeed, Ben will have to navigate a land filled with fantastic creatures and Spellshooters, where magic can be bought and sold, to unravel an ancient family secret that could hold the key to defeating an evil the Institute has been fighting for the last five hundred years.