You know when you repeatedly look in the refrigerator looking for something good to eat, and each time you look there is nothing?  You look anyway though, right? Even though it’s only been five minutes. You still look knowing nothing has changed. Call it optimism, call it crazy, call it hoping for a miracle. Well, that’s exactly what happened this morning. A miracle. I was making breakfast for hubby (I do this as a compromise, so I don’t have to make dinner) and I was fetching another ingredient from the fridge. I had already been in the fridge three or four times, so I wasn’t really expecting anything new. I didn’t even have any hope for something new. It was when I pushed the lettuce aside that I saw it. A little creme brulee. My mother in law had given us four or five of these individual desserts two weeks ago and one got lost behind the lettuce. Either that, or I hid it back there and forgot about it. That’s a definite possibility. I froze. Hubby was right behind me, and if I gave any indication that I found it, I would have to share. For once in my life I didn’t scream. Today, silence is golden. 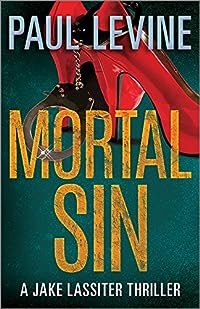 Jake Lassiter has a dangerous conflict of interest. He’s sleeping with Nicky Florio’s wife… and defending the mob-connected millionaire in court. Florio has hatched a scheme deep in the Florida Everglades that oozes corruption, blood, and money. One false move, and Jake will be gator bait. 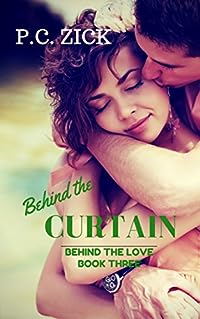 Behind the Curtain (Behind the Love Book 3)
by P.C. Zick

She wants to be a star. He wants her. Only a quest for stardom stands in the way.

Lisa Williams has discovered a way to achieve her life-long goal of becoming a famous actress by bringing a reality television show to her hometown. Tommy Jackson despises the idea of exploiting the town and hates it even more when his editor assigns him to cover the show for a Tampa newspaper.

Lisa and Tommy have known each other all their lives. Tommy even dated her baby sister, Susie back in high school. But he’s not her type, and her values disturb him. Besides, when she returns to town, she comes with her boyfriend, Jet, who will also star in the television show. When Sally Jean makes an appearance on the show, the producer falls in lust with her, and Lisa worries that Sally Jean will be made the star of the show. Tommy is disgusted by Lisa who seems intent on dragging her family and friends through painful memories in her pursuit of stardom.

When Tommy’s mom is diagnosed with cancer, Lisa shows a different side to her character. Sitting with Mrs. Jackson during her final days gives Lisa a perspective on her own life she’s never had before. Tommy and Lisa are drawn to one another through the real-life tragedy unfolding. But first they must deal with an out of control Jet and reality show producer who want to exploit the small town even more as they see the potential of showcasing some of the more famous of Victory’s citizens, such as the fallen football star, the criminal publisher, and a tattoo artist turned farmer. Mrs. Jackson and Lisa’s sister Susie share in the circle of life to bring this dramatic romance to a bittersweet end.

Behind the Curtain is the third novel in the Behind the Love contemporary romance series, but it is also a stand-alone romance. Once you read one novel in this series, you’ll want to learn more about the rest of the romances that feature sizzling attractions, dramatic confrontations, and intertwined and complicated lives. Set in the fictional small town of Victory, Florida, friends fight and love and form families of their own choosing.

Buy Behind the Curtain to read stories about irresistible characters filled with passion. 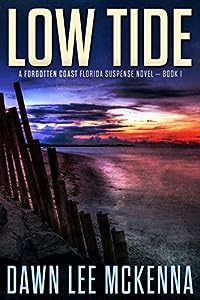 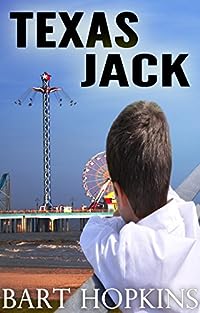 Billy isn’t a bad guy. Friends would say he’s the life of the party; his family might refer to him as harmless. After all, he isn’t a mean drunk… he’s a happy drunk.

Unfortunately, these things tend to run in the family, and Jack is on a path to join his dad in the bottle.

Then Jack meets a girl, and what once seemed inevitable, loses its luster. Samantha fills many of the little holes in Jack’s life.

Fast-forward twenty years and his life is almost perfect. Or so it seemed. The Leonard family is going to be tested… and only time will tell if they can survive.

Texas Jack is a compelling story about family relationships, redemption, and finding harmony with loved ones. It’s about people at their best and worst, and that gray area in the middle.

Death’s Head: A Soldier With Richard the Lionheart
by Robert Broomall

In the year 1191, a monk named Roger dreams of becoming a knight and helping to free Jerusalem from Saladin and the Saracens – and of maybe, just maybe, finding the father who abandoned him as a baby. When he is unjustly accused of murder, Roger flees for his life and joins the crusade of Richard the Lionheart.
In the Holy Land, Roger is introduced to the grim realities of war. He thrives, though, and rises through the ranks to become commander of a company known as the Death’s heads. He loses one love and finds another, and he suffers a crisis of faith as he watches the huge crusading army being destroyed by disease and famine while the dream of freeing Jerusalem seems as far away as ever.
And his other dream, the one about finding his father, seems as far away as ever, too — or is it?

“Death’s Head” illuminates a little-known but significant moment in history, one whose outcome resonates through the years to the present day. It is a story of war and love and the faith that enables ordinary men to perform extraordinary deeds.