I am actually keeping my summertime resolution to either ride a bike or walk with my family every evening after dinner. It’s a strange feeling keeping a resolution longer than two days. I really don’t know what to make of it. I am even more confused by this than I am of the show Legion. Oh..wait. This might be a side effect of watching the show. My brain is so scrambled up from Legion, it did a full reboot. Just like when my cell phone starts acting buggy, I have to turn it off all the way and then turn it back on. I had to do that with my brain when I started the second season of Legion at the beginning of summer. Interesting. I wonder what other side effects have occurred. I’m going to look in the refrigerator to see what happens. 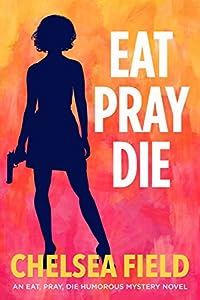 From a #1 bestselling author:
A fresh and funny romantic mystery series about a witty, down-to-earth heroine with a job you’ve never seen before…

Being an undercover poison taster for the rich and famous might sound glamorous, but for Isobel Avery it means stomaching bad clients and even worse coffee.

The one side of the job that lives up to expectations is the money. Which is just as well for Izzy, since she needs an awful lot of it. Who knew when she made a lifelong commitment to a man that it would be one year living with him and the rest of her life paying for it?

But even her scoundrel ex-husband doesn’t look so bad compared to her new client. He’s competent, condescending, and annoyingly attractive, and Izzy doesn’t know whether to sleep with him or poison him herself. Throw in a loan shark, a nosy neighbor, and a murder attempt, and Izzy will have her work cut out for her. 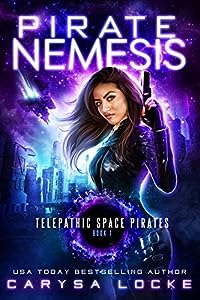 A fugitive from her own family, Mercy Kincaid’s dangerous telepathic gifts put her life in danger and make anyone she’s close to a target. When her best friend is captured and tortured, Mercy’s only hope is to reunite with the family that tried to murder her as a child. But will her plan be thrown off course when she falls into the hands of an enigmatic and dangerous killer?

Reaper has vowed to kill anyone who jeopardizes the survival of his people, and Mercy’s gifts are the biggest threat they’ve faced in eleven years. But as Reaper beings to trust the beautiful woman and her compelling abilities, he must decide if he’s fallen victim to her power. Will she destroy his people, or save them? If he makes the wrong choice, everyone will die. 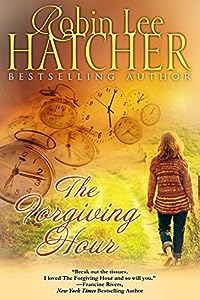 Twelve years ago, Claire Porter thought her entire life was over when she learned that her husband, Dave, was having an affair with a young college student. Following their divorce, Claire started over, including changing back to her maiden name of Conway.

Claire now feels pretty good about her accomplishments. She has raised a wonderful son, Dakota; enjoys her work; and finally has a new love. When Dakota informs her that he is engaged, she looks forward to meeting his fiancée, even as she wonders if 31-year-old Sara Jennings is too old for her “little” six-foot-plus boy.

Secrets never stay buried long, and only God can help Claire find forgiveness when betrayal comes back to haunt her. 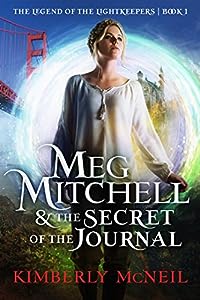 You only have to turn the page.

Meg Mitchell lives in a castle, but she’s no wilting princess. Raised in an alien world by adoptive parents, she spends her time fighting Centaurs, training as an Andai warrior, and chilling in her favorite willow tree.

But when Meg uncovers her birth father’s journal, she discovers a cousin she didn’t know existed. Meg and her little brother and sister travel through an interdimensional rip to San Francisco to search for their cousin, setting off a chain of events no one could have foreseen.

When her sister is kidnapped, Meg enlists the help of teenage detective Barb Taylor and her genius little brother Jim. Following clues dropped by a mysterious benefactor, they embark on a cross-country adventure to rescue her sister and find Meg’s cousin.

Family is everything to Meg, but not all is as it seems. In her quest to reunite her family, she may lose more than she ever imagined.