April A. Tayloris’ voice is fresh and inviting, whose books have readers intrigued from page one. Enjoy! 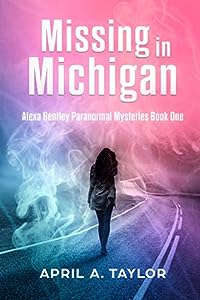 Is she a medium? A psychic? Alexa Bentley only knows one thing for certain; she can talk to ghosts. And sometimes, they take her advice. Missing in Michigan is ideal for fans of the Sookie Stackhouse Southern Mysteries, quirky female characters, and the Paranormal Mystery/Supernatural Suspense genre. This exciting, funny new series will keep you guessing!

Alexa’s unusual ghost therapy skills take her to a remote corner of Michigan’s Upper Peninsula. But this case is much trickier than anything else she’s ever encountered. A grieving ghost, several missing teens, and a supernatural creature from Native American folklore stand in her path. Along the way, she manages a bit of romance and lots of witty humor. 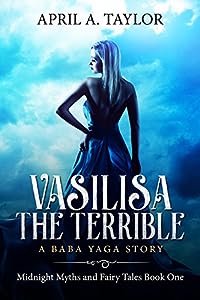 This clever, dark reimagining of Vasilisa the Beautiful is ideal for fans of The Bear and the Nightingale, Wicked, and Maleficent.

A small village is filled with fear after Vasilisa reports seeing a witch in the nearby cursed woods. Neighbors turn on each other, the land turns bone dry, and bodies begin to pile up. Baba Yaga quickly becomes the primary suspect. Meanwhile, Vasilisa uses her beauty and charisma to bewitch the minds and hearts of every other villager. But is she truly a witch or is something else responsible for all of this mayhem?

Fairy tales depict Vasilisa as beautiful, brave, and fair. But what if terrible was a better description? Baba Yaga has been called everything from a murderous witch to an ambivalent guardian between the living and the dead. But what if she was simply an observant, skeptical elderly woman who was cast out of society for being different? Vasilisa the Terrible: A Baba Yaga Story encourages readers to look beyond the attractive surface to find the ugly evil hidden within.

This dark, reimagined fairy tale was created with adults in mind, although it’s also suitable for most young adults. Vasilisa the Terrible is not intended for young children, unless you’re comfortable sharing the darker, gruesome fairy tale style with them that was exhibited in the original, uncensored Grimms’ Fairy Tales. 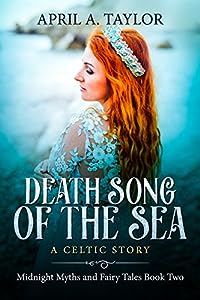 The Midnight Myths and Fairy Tales series of standalone, reimagined fairy tales, myths, and folklore continues with this retelling of the classic Irish Folktale The Bride’s Death-Song.

Aileen and her father have a secret; they can control the sea and everything within in it. Despite this, Aileen’s mother and sister perished in the sea, and the young woman believes she is stuck forever in her ancestral home on Ireland’s West Coast. She goes to the shore daily and asks the sea for one gift: “Bring me someone to love, marry, and raise children with.” Getting her wish could cost her everything, though, including her own life.

This dark take on a classic tale examines the line between life and death, and it also asks a very important question – how far would you go to save someone you love?

Please note that these books are not intended for young children. They’re perfect for adults and young adults, though, along with slightly older children who are comfortable with the content of the original, uncensored Grimms’ Fairy Tales. 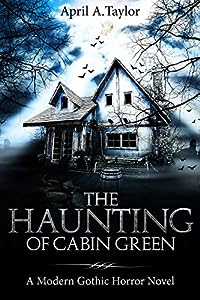 The Haunting of Cabin Green: A Modern Gothic Horror Novel
by April A. Taylor

Welcome to Cabin Green, where the setting is familiar, but the story is completely unexpected. This original, terrifying psychological thriller is the debut horror novel from the author of the highly rated Midnight Myths and Fairy Tales Series. Socially conscious, inclusive, and raw modern Gothic horror that reflects the world around us and takes a close look at the destructive nature of grief. Current Goodreads average rating (as of June 18): 3.8 stars.

Going to Cabin Green alone after the death of his fiancée was Ben’s first mistake. His second mistake was tempting fate by saying, “There’s no such thing as an evil building.” Now he’s caught in a nightmare of his own making deep in the woods of Northern Michigan. Even worse, a family history of mental illness makes it impossible for him to know if the ghosts haunting the cabin are real or all in his head.

This modern Gothic horror story takes the reader directly into Ben’s hellish experience. Is he crazy? Is a ghost haunting him? The only way to find out is to make it to the end of this deep, dark thrill ride that’s filled with more twists than a roller coaster.

This book was inspired by a real-life, spooky green cabin in Northern Michigan that’s so well-hidden it can’t be found by GPS!

Within this novel, you’ll be taken back and forth in time. The time frames are indicated by clear markers. These time jumps provide valuable background information about the main characters and allow you to get to know them more intimately. These jumps are also used as a device to weave a thread throughout the entire book that provides clues about the cabin’s sinister secrets. Pay close attention: Can you guess the shocking ending?

Content Warning: This isn’t a Saw-type torture story, but it does contain gore, sex, profanity, and deeply disturbing psychological themes. This isn’t a fluffy horror story; it’s emblematic of the destructive, devastating nature of depression/grief. Readers are taken directly into the main character’s experience, which means that feelings of confusion are normal and intentional. Until Ben knows what’s going on, readers won’t know, either! For mature readers only.