Dinner And A Pin

I’m on a shopping spree for Disney trading pins again. I haven’t bought any yet, but I am window shopping like mad. The problem is there are just too many. How is one to choose? As luck would have it, three of my friends have trips planned to Disneyland, so I can ask each of them to pick me up a pin or seven. This is very reminiscent of when I was going nuts for Lego mini-figures. I still love the little buggers and I have a display case full of them, but now my attention has moved on to pins. My hubby asked me what I wanted for our wedding anniversary and I blurted out excitedly that I wanted the Limited Edition Guardians of the Galaxy Mission Breakout 2017 Disney Opening Day Pin! He gave me the same look that the teacher from the movie A Christmas Story gave the little boy who wanted the Red Rider BB gun. I have a Red Rider and I would be more than happy to trade it with him for that pin. I get the feeling hubby was thinking more along the lines of a nice dinner. My poor hubby is so happy he married an adult. 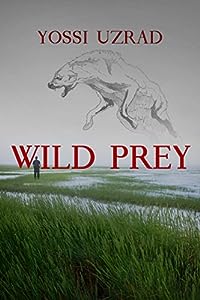 Wild Prey :A Mysterious Crime Exposed By A Ranger Turns Into A Thrilling Deadly Investigation
by Yossi Uzrad

Shlomki is haunted by memory of the woman, left for dead, whose life he saved 20 years ago.

Shlomki, a park ranger in the Sea of Galilee region in northern Israel, is haunted by the rape and attempted murder of a young tourist who came to see the sites where Jesus performed his miracles. He found the young woman left for dead by the side of the road in a national park. She survived, but police were unable to solve the case and eventually dropped it.

Shlomki’s earnest and naïve demeanor leads him into conflict with the local security forces, who are used to bending the rules as they please. Amir, a Bedouin who works for the tax authorities, is sent to investigate Shlomki’s finances, but the two end up joining forces and reopen the unsolved case. Together they pursue the murder investigation, discovering much more than they had been seeking about the powerful men of the secret forces who control the land. 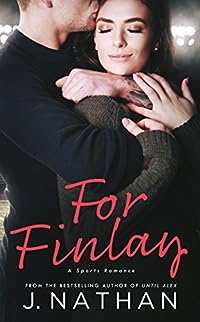 For Finlay (For You Book 1)
by J. Nathan

Finlay Thatcher is a lost soul, guilt-ridden after the death of her twin brother. When Alabama’s football coach gives her the opportunity to work for him, she knows it’s her chance to move on, even if it means living her brother’s dream.

Caden Brooks is Alabama’s star quarterback. He’s got it all. The attention of adoring fans. A girlfriend who’d do anything to hold on to him. And a future in the pros. He’s getting along just fine until Finlay steps into his life, despising him at first sight and pushing his buttons like no other.

Unfortunately for Finlay, and her attempt to keep Caden at arm’s length, there’s nothing Caden loves more than a challenge. The problem with this challenge is she comes with a secret that has the power to destroy everything.

This New Adult Romance is book one in the For You standalone series. Each book can be read as a complete standalone as it follows a new couple. 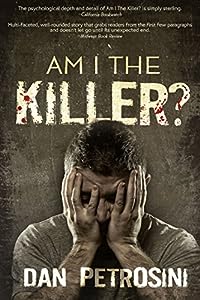 Am I the Killer? – A Luca Mystery Crime Thriller: Book #1
by Dan Petrosini

Is it really possible not to remember killing someone?

Peter, a brain-injured veteran with plenty of motive, is arrested for a brutal murder.

Det. Luca investigates but is hampered by either the marine’s inability or unwillingness to recall.

Where Does Justice End And Vengeance Begin?

Haunted by an old case, Luca is obsessed with finding the truth about what happened. Its highly doubtful you will learn who did it until the final page.

Am I the Killer? 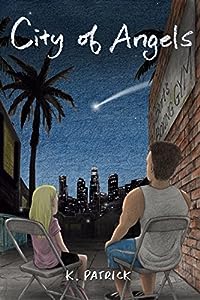 City of Angels
by K. Patrick

Michael is a 17 year old amateur boxer living in a group home in East Los Angeles. With the help of his trainer, a former prize fighter and ex-convict named Jerry, Michael has overcome early childhood tragedy to become one of the top amateur boxers in the nation and earned an invitation to the Olympic trials.

As he awaits his final bout, an unforeseen incident forces Michael to move into a new group home where he meets Maria, a house manager with a heart of gold, and Lizzie, a newly arrived 6 year old girl who is struggling to adjust to her new reality. Over time Michael, Maria, Lizzie, and the other residents of the home come together to form what they all want most in life: a family.

Just when everything seems perfect, their world is turned upside down. And this time, Michael can see no way to save himself or the family he has grown to love.

City of Angels is an epic saga that takes you on an emotional journey that will touch your heart. 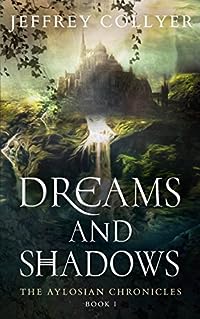 Dreams and Shadows (The Aylosian Chronicles Book 1)
by Jeffrey Collyer

He thought he’d be safe in a magical world. He was wrong.

With little to live for, 18-year-old Michael is only too eager to enter a world where magic is common and where wonders are created with little more than thoughts.

But it’s not home he finds there. Deadly beasts and hidden evils lurk around every corner, and they’re hunting him.

And it’s not just the monsters who want him.

Dragged from one people to another, Michael must discover the truth amongst lies if he is to escape a tyrannical leader who is after his very soul.

Alone, wounded, and lost, he finally must make the biggest decision of his life: to allow himself to die, or to live.

To prevent a genocide.

To save the woman he loves.

And most dangerously, to discover the truth of who he really is.

Dreams and Shadows is the first book in the fantasy series, The Aylosian Chronicles. If you enjoy plot twists and turns, wisdom literature to make you ponder, and stories both tragic and triumphant, this novel by Jeffrey Collyer will linger in your mind long after you have finished reading.

Get Dreams and Shadows and join Michael on his quest for answers today.