Yesterday we went to the county fair, and once again I had picked the hottest day of the year to enjoy the festivities. YIKES! I actually lost all the weight I put on over the last year. That is until I drank some water. I paid my money to get in though and by golly we were all going to enjoy it even if we melted in the process. I tried to find a bit of relief from the heat in the chicken exhibit, but that was a no go. Those poor chickens were all panting frantically. They all had plenty of water, and fans going in the tent, but it was going to take more than that to escape the heat that day. I am pretty sure I smelled fried chicken. That actually could have been the fried chicken stand across from the chicken exhibit. Now that I think about it, that’s pretty bad planning on the fair people’s part. I had pizza last night, so no guilt there. Today is looking like another hot one, so I am going to make a little chicken pool for my ladies. Nothing but the best for them! 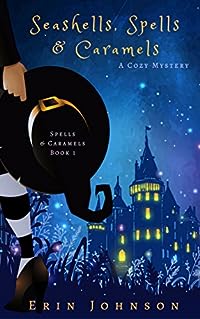 A magical French island. A dead contestant. An aspiring baker must clear her name before she gets burned.

Imogen Banks has dreamed her entire life of opening her own bakery in Seattle. But when she accidentally sets fire to her apartment and loses all her possessions, her dreams get toasted. Still coping with her loss, she receives a cryptic invitation she can’t possibly refuse: entry into a mysterious baking competition on a beautiful French island.

When Imogen realizes the island village is magical and the bake-off’s participants are witches and wizards, she’s not sure her fledgling powers will be enough to win the coveted contest. In the midst of trying to cast her very first spell, a competitor drops dead and Imogen finds the psychic judges’ mystical fingers all pointing at her. Can Imogen unlock her own magic and stop the killer from coming back for seconds or will she jump straight from the frying pan and into the fire? 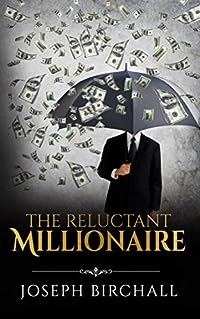 The Reluctant Millionaire
by Joseph Birchall

Michael Irvine is thirty-three-years-old, drives a twelve-year-old car and lives with his parents. His job bores him and his love is unrequited. Very few people pay attention to Michael, and that suits him fine.
Then one day, he finds himself the winner of the largest lottery in the history of Europe – ?190,000,000!
Under the weight of his new found wealth and fame, Michael’s life spirals out of control until he is forced to make a decision.
A decision that will capture the imagination of the entire world… 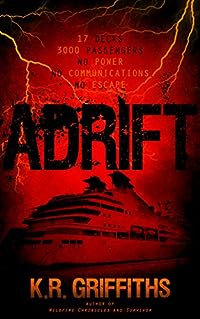 For artist Dan Bellamy and his new bride Elaine, a trip on the world’s biggest, newest cruise ship represents more than just the honeymoon of a lifetime: it is also a celebration of the progress Dan has made toward beating the agoraphobia that has plagued him since he suffered a horrific knife attack two years earlier.

The ship is a perfect floating paradise, but when Dan spots what he thinks is a body being thrown overboard, he begins to suspect that not everybody aboard the Oceanus is there for a vacation.

Soon, Dan will discover that there are some things worse than murder, and the body he saw is just the beginning. Because something is coming for the passengers on the Oceanus.

Something that isn’t supposed to exist… 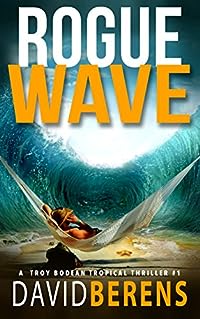 An unlucky hat. An unsolved murder. One man’s trash is another man’s death warrant.

Troy Clint Bodean had long ago traded in his sidearm for a fishing rod. But the discovery of a plumed cowboy hat throws his little slice of South Carolina paradise into a tailspin. Turns out, the hat’s last owner kicked the bucket… and the killer has unfinished business. After one too many close shaves with death, Troy wonders if his favorite new fishing hat could throw him overboard.

With his style at stake, Troy must team up with the dead man’s kin to bring the killer to justice. While the murderer’s on the loose, he’ll never be safe, and he’ll never know why anyone would want to kill him for an old straw hat. If Troy can’t crack the case soon, instead of catching bass, he’ll be swimming with the fishes…

Rogue Wave is the first book in the Troy Bodean Adventures, a series of hilarious island thrillers. If you like madcap murder mysteries, gripping suspense, and zany characters, then you’ll love David F. Berens’ action-packed escapade. 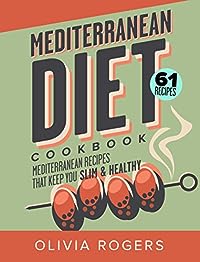 Lose weight, lower your cholesterol & lower your blood pressure without feeling like you’re on a diet!

What if you could still eat delicious food and lose weight, improve your health, and lower your cholesterol and blood pressure?

Imagine finally succeeding on your diet and not feeling like your starving or eating disgusting food!

Multi-time best selling cooking author and influencer, Olivia Rogers, shares with you how to lose weight and improve your health by eating a mediterranean diet. With millions of her fans and readers worldwide enjoying her cookbooks and recipes, she has put together some of her fans’ favorites when it comes to losing weight on a diet with food that tastes good and you will look forward to eat every day!

Do you struggle to stick to your diet for enough time to see real weight loss results?
Do you hate starving on a diet or are sick of eating bland and boring foods?
Or if the idea of getting healthy and losing weight while eating really tasty food sounds good to you…

• Images included with all recipes so you can see exactly what the final meal looks like before you cook it!

• A massive list of mediterranean recipes that taste great but don’t blow out your calories for the day.

• A comprehensive step-by-step method so that anyone can follow along and cook each recipe (even if they are a complete beginner).