Happy Fourth of July everyone!!! I had decorated the house yesterday with flags, banners, and cute little lanterns, so when I woke up this morning it felt like a holiday despite it being smack dab in the middle of the week. Since everything is already set up for the day, I am going to enjoy it to it’s fullest. Starting with a bike ride with the family. They might not be into it, but gosh darn it we are going to have fun today even if I have to force them. 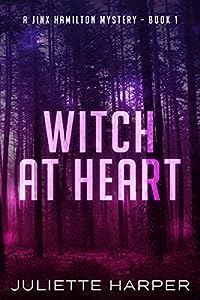 Magic begins in the heart.

Jinx Hamilton is ready to trade in waitressing for becoming her own boss. The shop she inherits from her eccentric aunt in Briar Hollow, North Carolina seems like the perfect fit. As Jinx handles the enchanted inventory and the unruly clientele, she discovers her aunt also willed her magical powers without an instruction manual!

As if that weren’t enough, she’s forced to deal with four cats, several homeless ghosts, and a potential serial killer. With a little help from her best friend and a dreamy new neighbor, Jinx must keep the business afloat and the murderer at bay. And it’ll take more than clever bookkeeping and spellcasting to keep the store… and herself… from going under.

Witch at Heart is the first book in an enchanting series of cozy paranormal urban fantasy novels. If you like twisty mysteries, hilarious hijinks, and a dash of sweet romance, then you’ll love Juliette Harper’s cozy fantasy world. 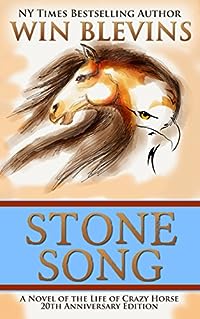 Stone Song: A Novel of the Life of Crazy Horse
by Win Blevins

Nominee for the Pulitzer and winner of the Spur Award, ‘Stone Song’ is the classic, and extraordinarily told, story of the Lakota Sioux mystic warrior, Crazy Horse. Of all the iconic figures of Native American history, Crazy Horse remains the most enigmatic. To this day he strides across American history as a man who lived — and died — on his own terms.

“‘Stone Song’ is a deeply spiritual story about the soul journey of a great and mysterious American hero.” ~ The Dallas Morning News.

Ridiculed as a boy for his white-man looks, he called for a vision, and received a great one… a vision that would shape his life. He was to fight for his people. In order to be successful, he must not accept traditional Lakota finery, rewards, and would sacrifice the dream of a wife and children. By following his vision, and his destiny of that as a mystic warrior, he was able to lead his people to their greatest victory — the defeat of General Custer at the Battle of the Little Bighorn.

Called to his monumental task, and tortured by his deeply passionate love of a woman, Crazy Horse found peace only in battle. Drawing inspiration from the eternal wisdom of his people, he discovered the means to defeat the U.S. Army at its own deadly game. 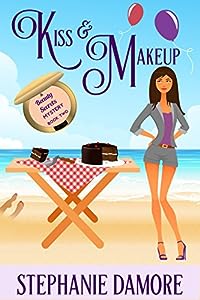 Ziva doesn’t believe for a minute that her beauty client, the salty Mrs. J., would murder anyone–too bad she’s the only one.

If that wasn’t enough, someone is out to sabotage Ziva’s best friend’s wedding and ruin Ziva’s reputation.

Can Ziva solve the case and serve up some just desserts? Or will her investigation fall flatter than a wedding soufflé?

If you love smart and sassy sleuths, you’ll love the Beauty Secrets Series! 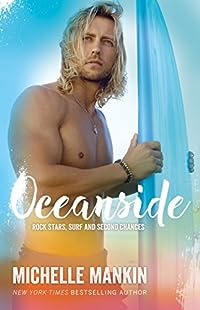 Oscar night.
Rock star legend, Ashland Keys should be on top of the world, but the blond blue-eyed SoCal surfer is disillusioned with fame, done with drugs, bored with the groupies and sick of all the fake f*ckery.
A rising star, Fanny Bay is nominated for best original song in the same category as the Dirt Dogs band, but the novel redhead with the corkscrew curls and the slight Canadian accent would prefer to chart a course with a different destination.
Hollywood is not for her.
He’s full of regrets, darkness and secrets.
She’s full of hope and light and has mysteries of her own.
He’s her reserved hero.
She’s his gypsy rose.
He’s water. She’s fire. Together, they don’t make sense.
But he’s what she’s always wanted, and she just might be everything he needs. 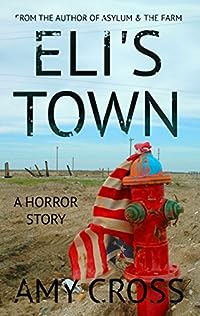 “Someone really should go check on Eli… ”

Every year, someone from the Denton family travels to the town of Tulepa, to check on weird old uncle Eli. This time around it’s Holly’s turn to make the journey, but when she arrives she discovers that not only is Eli missing, but the locals appear to be hiding something.

Meanwhile, a strange curse seems to have struck the town. Every day, at exactly noon, one resident drops dead. Is the string of sudden fatalities just a coincidence? If it’s something more sinister, why does no-one seem to be trying to uncover the truth? And what do these deaths have to do with the disappearance of Eli Denton, a strange old man who has barely even left his house in more than a decade?

Eli’s Town is a horror novel about an eccentric but seemingly harmless man who discovers a new way to live, and about his niece’s desperate attempt to uncover the truth before she too succumbs to the town’s mysteries. 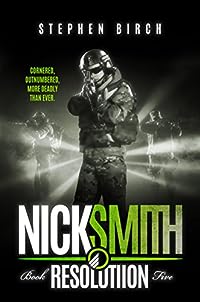 First it was Bill. Now it is Jeff. Nick will seek revenge, but he also believes that there is a better way for all to live. It is Klaus who now controls the remnants of the British army. He uses it to ruthlessly control the south of England. The remaining people hide as they struggle to survive, but Nick has decided that it is time to end the oppression. He plans to remove the oppressor and achieve his revenge at the same time. He sets out to hunt Klaus down. Unlike Simon though, Klaus is careful and patient, and he has his own plans. Reeves farm is attacked. More of Nick’s people are hurt and hostages are taken. The situation becomes extremely uncertain for everyone as Klaus begins to unravel under the pressure.