Today I Will Tomorrow 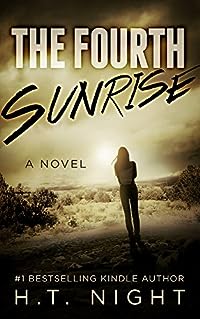 H.T. Night, the #1 bestselling author of over 30 novels, illuminates the heart in ways that only he can, and reminds us all over again of the power of love and destiny…

Joel Murphy is a minor league baseball player with not much to live for when the team bus breaks down in Delta, Colorado. By chance or by fate, Joel meets Christine in a diner and knows his world will never be the same. But morning fast arrives and Joel must leave with his team.

After a long and demanding season, Joel returns to Delta only to discover Christine has moved on and married someone else.

That was thirty years ago…
Now in the present day, Joel Murphy is waiting at a coffee shop in Delta to meet Christine for only the fourth time in his life, when a curious young woman sits with him. Against his better judgment, Joel begins to tell her about the woman he has seen only three times in his life. A woman unlike any other. Most important, he begins to tell his new friend of a secret he’d been keeping for nearly three decades, a secret that could tear his fragile relationship with the woman he loves apart.

Joel has only seen Christine for three sunrises. But it’s the fourth that will count. 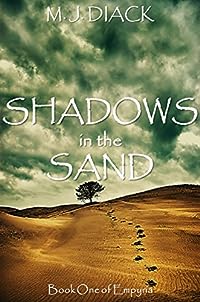 Shadows in the Sand (Empyria Book 1)
by Michael Diack

The deathly Sanghouls have escaped from the Empty Province and, from within their golden dunes, they seek to wipe out all life in Empyria. Unaware of this, the last surviving humans continue going about their daily routine in the city of Nimar. But when the city’s water pool stops refilling, the Nimerians are forced to move into lands of myth and legend.

Only when Prince Viro, an elf of the southern lands, arrives in Nimar do the humans truly understand the threat to their existence. The two races must unite and reclaim the lost seven stones of light – the only weapon that can defeat the demonic shadow enclosing them.

As four of the city’s most talented young men and women, Athmane, Faria, Bayoud and Mary will be critical to Nimar enduring the perils, both natural and unnatural, that await them. 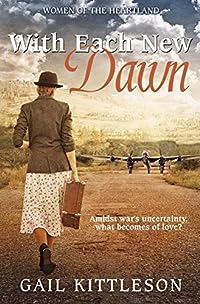 London – Summer 1943. To honor her husband’s sacrifice — and in hopes of learning more about her father, a World War I vet — widow Kate Isaacs joins the Special Operations Executive and parachutes into Nazi-occupied France to work with the Resistance. Domingo, a Resistance saboteur, meets her drop, tends to her sprained ankle, and carries Kate to her first assignment. During a clandestine mission Kate finds herself attracted to Domingo, but as Allied forces push across France and the Waffen SS closes in, the pair must put aside their feelings for the good of the Underground Resistance. Will moral courage and righteous faith triumph over oppression? Or will Kate and Domingo lose everything, including their growing affection for one another? 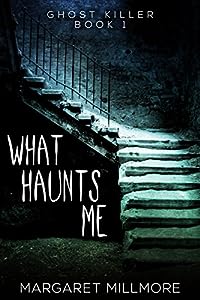 After George gets ill, the dreams begin. Suppressed memories surface, allowing him to see ghosts, and a deeply buried instinct emerges.

George finds out he can kill these monsters, and heal their victims. The ability to save lives is something he cannot ignore, but it soon becomes an obsession and begins to eat away at George’s sanity.

His quest for understanding leads him to new friends and allies, and exposes him to enemies he could have never imagined. But in the end, can you ever kill something that’s already dead? 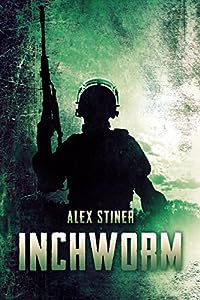 Inchworm: A Novella
by Alex Stiner

Violet just wanted to get to work, throwing on her makeup as she hurried her son to day care and fended off a call from her overbearing mother.

Rick just wanted to get the day over with and get back home. Since coming back from Iraq, he just couldn’t stand being out anymore, especially with clueless people he seemed to know only in another lifetime.

Azim was there for a different reason, a higher calling. And a truckload of weapons and comrades would help him achieve it.

They joined hundreds of others on the bridge, all of whom were puzzled by the strange traffic jam building up. All of whom realized with horror what was about to happen.

As a horrific crime unfolds, one thing becomes clear to them all: no one will leave the bridge alive. 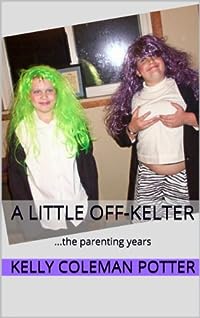 Nod sympathetically if you’ve ever…
… extracted a gum wrapper from a toddler’s nostril, but sought medical treatment when it came to a piece of a colored pencil lodged deeply into an ear canal… punished a child because he wouldn’t stop taunting his brother with a Peter Frampton album. … played a rousing game of “What that’s funky smell?” only to discover what might be a petrifying bologna sandwich behind the recliner… needed a prescription for a tranquilizer when your firstborn started driving… spent any amount of time trying to describe why a Sleestack scared you, why you wanted to marry the Fonz, and who Mork from Ork was. … installed a security system to keep a three-year old from going on the lam with his beagle, and pondered if it were possible that both of your children were reincarnates of Harry Houdini… wondered how a child who once emitted the sweet scent of newborn now puts off an odor that could make a skunk feel inadequate. … ever rambled incoherently, “These kids are going to drive me to drinking,” or something about a frontal lobotomy.

If you nodded like a bobblehead, chances are you’re a parent – or you’ve got some really strange hobbies. A Little Off-Kelter… the parenting years is a collection of forty columns that originally ran in print. (Hey, the compilation thing worked for Ronco and K-tel, didn’t it?) Whether the kids are underfoot or have flown the nest, moms and dads alike will relate to these humorous tales of woe and wonderment.