It’s Not easy Being Green

The article heading was “Slime Molds Remember, But Do They Learn?” WHAT??!! Why are people asking this? Why are people trying to figure out if slime molds are thinking and feeling, and just trying to make it each week so they can earn enough slime mold money to take their slime mold family on a nice vacation for once, instead of going to their wife’s sister’s cabin that is like a full mile from the lake? Plus it’s never really a “Vacation” when they keep asking Slime Mold if he could fix a few things around the cabin since he is there anyways. It never take only a few minutes and he spends all his time working on the cabin rather than spending time with his slime mold family. Basically, I got too much to worry about myself to add to my concerns about whether or not Slime Mold is happy. Let me live in ignorance of such things. 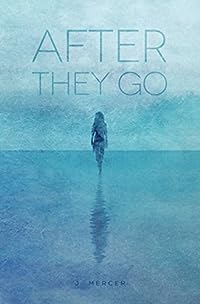 After They Go: A Twist on Contemporary Romance
by J Mercer

A large family saga set in a coastal tourist town: One sister chained by family tradition. The second stunted by her sister’s shadow. The youngest propelled by desperation.

Gwen is the oldest of four children in the Aaldenberg family, and the one who seems to have it all. She’s also most desperate to escape.

Betta, having nursed their dying grandpa for the past three years, is anxious for Gwen to go, so she can finally have reins to the family business. And Esmerelda, viciously determined to follow in Gwen’s footsteps, vies for popularity as a freshman in high school, only to learn she must sell her soul, reputation, and most prized possession for acceptance.

As their father struggles with retirement and their mother with depression, Gwen discovers the debt her grandfather’s passing left them in–and during a time of year when their coastal town, dependent on tourists, can barely sustain itself.

Gwen and their father agree Betta can’t take over the store under such stressful circumstances, not when she’s been carrying the load for so long, and to protect Betta, they play it off that she needs some time to rest.

Can this family pull through their disappointment, jealousy, and regret? Or will they cling so tightly to their desires that it ruins them?

When Gwen’s fiancé moves to town, Gwen does her best to resign herself to a local life, while Betta struggles for meaning without the store. In order to carve out a place for herself, Betta must decide to what lengths she’ll go in order to become her own person, and Gwen must decide what’s more important: her sister or her future. 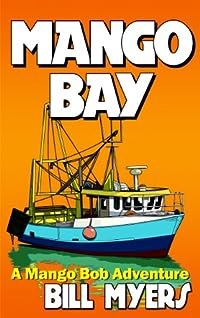 Take an unemployed computer hacker living in an RV on the beach in Florida, a cranky cat named Mango Bob, Oscar the wiener dog, a pot smuggling granny, and a once famous Hollywood movie star out to reclaim lost glory.

Put them all together in a clothing optional trailer park, along with a clumsy meth cook and a larcenous park manager. Add in a budding romance, a slow boat chase up the Intracoastal waterway, and what do you get? Mango Bay! 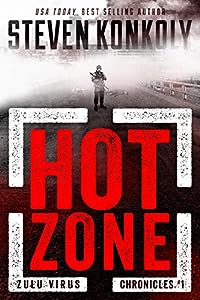 SOMETHING INSIDIOUS HAS ARRIVED–RIGHT IN THE HEARTLAND OF OUR NATION.

Officer David Olson, veteran cop and former Marine, returns from a father-son camping trip to discover that his ex-wife has vanished under bizarre circumstances, and his police department is on the verge of collapse.

Dr. Eugene Chang, a research scientist for a major pharmaceutical company makes a shocking discovery that might explain the spreading wave of illness and violence gripping the city.

Eric Larsen, leader of a top-secret, rapid-response unit, circles high above the Midwest, in an unmarked military transport. Mission still unknown, his team waits to parachute into the night.

WITHIN TWENTY-FOUR HOURS, complete strangers from different walks of life will be forced to join together to survive the LIVING NIGHTMARE that has been unleashed on their city–AND THEIR COUNTRY.

This is their story.

WELCOME TO THE HOT ZONE! 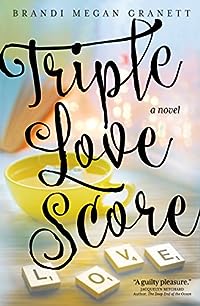 A poetry professor stumbles into fame and fortune as an anonymous online Scrabble(r) poet. Miranda lives a quiet life among books and letters as a poetry professor in a small upstate town. When two snap decisions turn up the volume on her life, she must decide whether or not her best laid plans actually lead to where her heart wants to go. 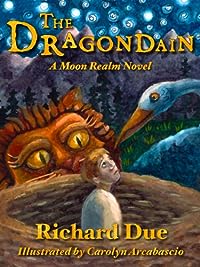 The Dragondain (The Moon Realm Series Book 2)
by Richard Due, Carolyn Arcabascio

It’s the middle of the night, you need to send your brother to the Moon Realm, and he won’t wake up. So you improvise…
When a confused Jasper awakes, he’s convinced he’s dreaming. But by the time he meets Greydor, Jasper understands that this is no dream. In fact, persuading the King of the Rinn to work with the men of Dain to defeat their common enemy is a nightmare. Then there’s the other side of the coin: convincing Tavin and Dubb that saddling a Rinn isn’t certain death. (“It’ll be fun!”) And perhaps even a greater worry: can he make friends with Dubb’s daughter Darce before she punches his lights out?

Lily has problems, too. There’s a little mousie scratching in her closet. Or at least, it sounds like a little mousie. Oh, and her second confrontation with Curse, and trying to form her first peerin. (Don’t you have to be from Dain to do that?) And where’s Ebb?

One thing’s for sure: now that Lily and Jasper have entered the Moon Realm, nothing can ever be the same again.