Our family camping trip is right around the corner, so of course this means that it’s bath time for the pups. They can sense it. It’s a hundred degrees out there right now, so why on Earth are they so against getting a bath? It’s a full body massage! Who wouldn’t want that? Two fuzzy beasts, that’s who. Even though they know that after the full body massage the wet fur will keep them cool on this super hot day. I can kinda understand this from Junebug, since she is only one year old, and probably doesn’t really remember last summer, but I expect more out of my 16 year old pup Jethro. He doesn’t fight it anymore because of his age, but he still sighs at me in a disapproving way. I’m not sure what he is complaining about. I bathe him in the shower, so the water is nice and warm. It’s the looks he gives me that kill me. Master of guilt. 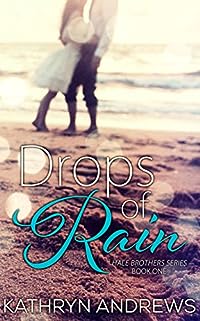 Ali Rain
Sometimes I think to myself, “How did I get here?” Then the pain hits and I remember… it’s because she’s gone. I now live in a new town, go to a new school, and I’m supposed to be moving on with my new life. Only, I no longer know who I am anymore. Dancing is all I have left and every day I feel completely alone. Silence has become the theme song to my life. She said to find some joy and light, but I don’t know how. Mostly, I feel surrounded in darkness… that is until I meet him.

Drew Hale
I have only one goal, in 298 days I’m going to drive away from this small beach town and never return. People are always watching me closely, too close, and I’m tired of wearing a mask. I need to be free. Swimming is my ticket out of here and I remind myself daily to fly under the radar, stick to my routine, and under no circumstances let anything distract me. I’m not as perfect as they think, most days I am drowning in guilt. I’m not sure I will ever be able to escape the feelings of shame, worthlessness, and just being unwanted… that is until I meet her. 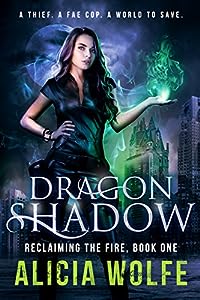 Jade McClaren is a thief with a mission… and a secret.

Jade makes a living stealing magical items from bad guys in magical New York, but she’s no ordinary cat burglar. She’s only half human. The other half is… something else.

But when she steals a magical item from the wrong man, she attracts the attention of powerful enemies as well as the pursuit of the relentless Fae Knight, Davril Stormguard.

To clear her name, Jade must team up with Davril to contend with vampires, demons, witches, and more before what’s happening in post-Fae New York destroys the Fae Lords… and maybe the world itself.

Dragon Shadow is the first volume of an exciting new urban fantasy series for fans of Patricia Briggs and Ilona Andrews. 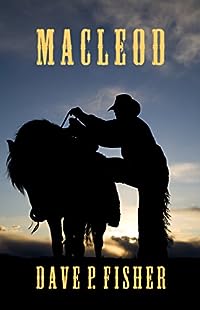 Devon Macleod awoke staring at the swaying pines rising into the sky above him. He had been shot, his outfit stolen and he didn’t know why. When the tough old widow Abby Chaney found him half-dead on her Bitter Grass ranch and got him home, she swung Macleod’s future into an unexpected direction.

He learned that Abby and her daughter Katy were hanging on by threads to their ranch in the Strawberry Mountains. They were pressed from the south by tyrant Charles Sampson, who wanted their rich summer pastures, and from the north by timber man Egert Taylor, who wanted the Bitter Grass timber, both of whom were willing to kill the women to get it.

Never one to back down from a fight or forget a favor done him, Macleod wanted two things: to find those who had bushwhacked him and get his outfit back, and repay the Chaneys for saving his life. None of them knew how much their worlds were about to change the day Macleod buckled on his gun and stepped into the Bitter Grass fight – least of all Devon Macleod. 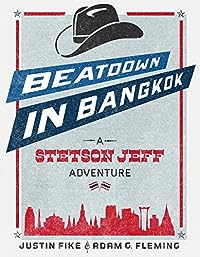 When fate brings the family business an offer that sounds just a little too good to be true, Jeff Stetson heads to the wild and wondrous city of Bangkok to take a closer look at their potential business partners. There he discovers that the world outside of Texas is full of surprises, friends, enemies, and Pad Thai. Entered into a Muay Thai tournament after making an angry wager, Stetson Jeff will have to muster all his courage and fortitude if he wants to keep his pride and save face — literally. Can one young Texan learn the ways of Muay Thai mastery in time to overcome the forces of injustice?

From the sun-addled minds of Justin Fike and Adam G. Fleming comes this action-comedy adventure that will get you laughing faster than Stetson Jeff can polish off a porterhouse with barbecue sauce. Beatdown in Bangkok has been called “a cross between Crocodile Dundee, Walker Texas Ranger, and Inspector Clouseau of Pink Panther fame.” An underdog story of heroic proportions, Beatdown in Bangkok will probably change your life forever, or at least make you smile at the end of a bad day. 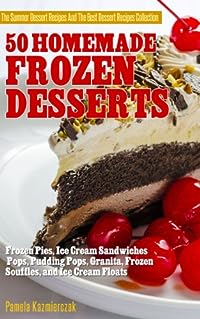 Buy this book now at its introductory rate before we raise the price to the normal price of $4.97

Do you want to know How To Make Frozen Dessert Recipes?

Frozen Desserts are a popular dessert during the summer, many people enjoy it all year long! Learn how to make all the flavors and varieties of different types of frozen dessert that you be be interested in serving and eating .There is something for everyone in this book!

What kind of recipes are in 50 Homemade Frozen Desserts – Frozen Pies, Ice Cream Sandwiches, Pops, Pudding Pops, Granita, Frozen Souffles, and Ice Cream Floats? There are 50 different recipes to choose from including ones which can easily be seasonal recipes or specialty recipes.

What Kind of Sherbet Dessert Recipes Are In This Book?