Bug In The Rug

After years of being told by my vet that my cat is too fat, I have been told that it is okay now feed my cat more because now he needs to gain weight. He lost weight a little faster than he had ever in the past because he is a senior and I guess that’s how it is. Is it bad that I was extremely jealous of him. Even a little resentful. While my family dined on a fantastic dinner I made last night (fine, it was a pre-made meal that I heated up), I ate a salad. Mind you it had bacon in it, so I wasn’t completely miserable. That fact is I can’t increase my food intake and that’s just not right. To add insult to injury, dessert is not allowed as well. ARG! The up side is Sinny is happier, and when the cat is happy the Junebug gets less claws to the face. That is always a good thing. 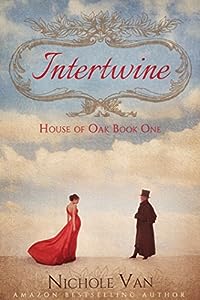 Time is not a river. It is a vast cosmic sea. Where each life exists as rippling circles on its surface, past and future being eternally present. And occasionally, one expanding ring intertwines with that of another, weaving the lives of two people together…

In 2012, Emme Wilde can’t find the right guy. She wants to feel that swept-off-your-feet dizziness of true love. But so far, her dating life has come up short. Star Trek geek? Nice but too serious. Hippy artist? Cute but too vulnerable. Instead, Emme obsesses over the portrait of an unknown man in an old locket. Granted, a seriously dreamy guy with delicious, wind-swept hair she just itches to run her fingers through. But still. Dead men may be great listeners, but they are not exactly boyfriend material. Emme travels to England, determined to uncover his history and conquer the strong connection she feels.

In 1812, James Knight has given up finding the right woman. All he wants is someone to share his love of adventure. Instead, his life has become a Shakespearean drama. His brother languishes in a tragic star-crossed romance. His beloved sister clings to life, slowly dying of consumption. But then he finds a beautiful mystery woman, dripping wet and half-dead, beneath a tree on his estate. Now if he can uncover her history, perhaps adventure — and romance — will find him at last. 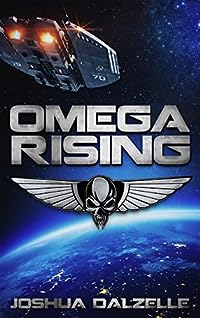 Jason Burke was a man hiding from himself in a small cabin high in the American Rocky Mountains when his simple, quiet life was shattered one night by what he first assumed was an aviation mishap. But when he investigates the crash, what he finds will yank him out of his self-imposed exile and thrust him into a world he could have never imagined.

He suddenly finds himself trapped on a damaged alien spacecraft and plunged into a universe of interstellar crime lords and government conspiracies, along the way meeting strange new friends… and enemies. As he struggles to find his way back home he is inexorably drawn deeper into a world where one misstep could mean his death. Or worse. He desperately wants to get back to Earth, but it may be the end for him.
… or is it just the beginning? 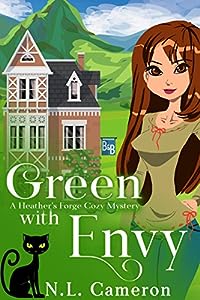 Escaping a failed relationship and following an accidental dream, Allie Garrett has moved to Heather’s Forge to take over her Great Aunt’s Inn following her untimely death, but everything isn’t all as it seems when Pixie, the Cat Allie inherited, begins to turn up clues that something else may be going on in Heather’s Forge.

After being closed for six months, The Barrell Inn has reopened, just in time for the Holidays and thanks to Allie Garrett. Met by both resistance and open arms from the locals, Allie attempts to fill the big shoes her Great Aunt left behind while piecing together the clues that are about to turn her life and the touch of Heather’s Forge upside down.

Green with Envy is the first book in the Heather’s Forge Cozy Mystery series. It can be read as a standalone, but the Heather’s Forge books are best enjoyed when read in series order. This book was originally published under the title Christmas, a Cat and Cardiac Arrest.

This is a cozy mystery featuring a strong female protagonist, quirky characters and an unfolding mystery that needs solving. It has no graphic gore, bad language, or sex. 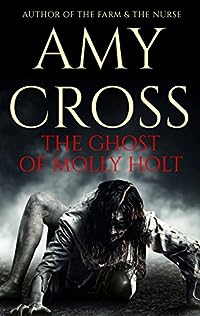 The Ghost of Molly Holt
by Amy Cross

Everyone knows about the horrific Molly Holt murder video, but nobody has ever worked out where it was filmed. Until now…
When three teenagers set out to explore an abandoned house in the middle of a forest, they think they’ve found the location shown in the Molly Holt video.

But the truth is, they’ve found much more than that…
Tim doesn’t believe in ghosts, but he has a crush on a girl who does. That’s why he ends up taking her out to the house, and it’s also why he lets her take his only flashlight. But as they explore the house together, Tim and Becky start to realize that something else is lurking in the shadows.

Something that, ten years ago, suffered unimaginable pain.

Something that won’t rest until a terrible wrong has been put right.

The Ghost of Molly Holt is a horror novel a boy who refuses to believe in ghosts, even as the evidence mounts all around him. But as darkness creeps into the house, will he be able to hold his nerve? Or will he finally have to accept that Molly Holt has risen from her unmarked grave in search of revenge?

When the daughter of a famous ex-general is kidnapped, Detective Simms is assigned to bring her home. Forged in the Mexican War, this man of steel knows how to survive, and how to kill. But he needs all of his skill and guile to survive this unforgiving land, and bring the general’s daughter home.

And then, it gets personal…