Next Week For Sure

I think it is kinda strange how getting rid of clutter in your house can make you feel good. A get why having a clean house can make you feel better about things, because having a clean glass to drink out of is pretty handy, but the feeling you get when you have cleaned out a junk drawer is mentally freeing. De-cluttering has almost become addictive for me. Every little cupboard I clear out gives me a feeling of control and freedom. I am beginning to look at stuff now as things that weigh me down. Just when I think I am starting to mature and get a real sense of what is important, I get a Disney Pin in the mail that I ordered. I just went from becoming enlightened, to Gollum with the one ring. Again. My precious pin, so shiny! Plus the person added a bonus pin to be nice. Two precious pins! I WANT MORE MORE MORE. Growing up is so difficult for me. 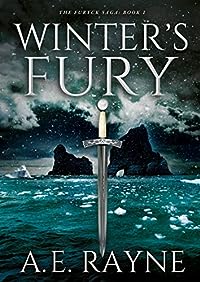 Winter’s Fury is the enthralling first book in this epic fantasy series by A.E. Rayne. Enter a world of kingdoms and warriors, of dreamers and dark magic. Follow an unstoppable warrior as she claws her way to power and uncovers the destiny that awaits her.

Despite her reputation as Brekka’s greatest warrior, without her father to protect her, Jael Furyck was merely a pawn; a woman to be married off so her uncle could forge an alliance to fulfil his own desperate ambitions.

Eadmund Skalleson was broken, tortured by the death of his first wife, but his father had lost patience with him. He wanted heirs for his kingdom. He wanted his son back, restored to the fierce warrior he had once been. And when his daughter had a dream about Jael, he jumped at the opportunity to make an alliance with his worst enemy.

Jael and Eadmund will fight against their union, but the dreamers know that this marriage is meant to be. It must happen for the sake of Osterland. For without them – without Jael and her sword, without Eadmund by her side – the five kingdoms will not survive the darkness that is coming to claim them all. 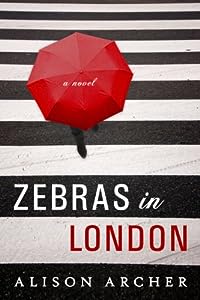 Zebras In London
by Alison Archer

As a rebellious teenager, Yvonne Grayling burnt her grandmother Lana’s house to the ground. Five years later, and still wracked with guilt, Yvonne goes to London to replace the only irreplaceable item lost in the fire: a rubbing of a brass gravestone given to Lana during World War II by her first love.

In “Zebras In London,” Yvonne’s quest to make things right evolves into an effort to reunite her grandmother with that lover, forty years after they last saw each other. But reconnecting them means restoring the other broken families entangled with her own.

At the book’s emotional core are the bonds Yvonne forms with a colorful cast of British and American women, as she discovers that you can’t make everyone’s problems right, and that sometimes you can’t avoid choosing sides. 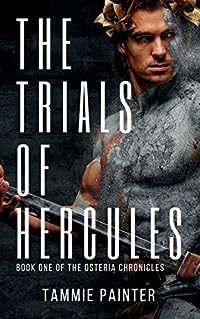 The Trials of Hercules: Book One of The Osteria Chronicles (Greek Gods Epic Fantasy Series)
by Tammie Painter

A devoted father and celebrated hero.

A crime that puts him at the mercy of a corrupt leader and vengeful goddess.

A classic myth brought to life as you’ve never seen it before.

Perfect for fans of Clash of the Titans, as well as historical fantasy fiction by Madeline Miller, Mary Renault, Glyn Iliffe, and S.J.A. Turney, comes this highly recommended tale of love, jealousy, honor, and betrayal.

Herc Dion wakes to find himself amidst the carnage of three heinous murders. Convicted without trial by Eury, ruler of Portaceae, Herc is forced to atone for these crimes by embarking on a series of trials. Trials that will pit him against formidable monsters, push his physical and mental endurance to the limit, and deliver him to the edge of Hades.

Encouraging Eury to throw Herc into increasingly shameful and dangerous ordeals is the goddess Hera whose vengeful jealousy has lead her to take every opportunity to ruin Herc’s life. But when one of the trials delivers Hera’s immortality into Eury’s hands, Hera’s vengeance may have gone too far. Realizing Hera’s whims have destroyed everything he ever cared about, will Herc risk his own life to protect her?

Vividly set in a future Pacific Northwest, The Trials of Hercules is a page-turning blend of fantasy, history, and mythology and the first installment of a series that breathes new life into the myths of Ancient Greece. If you like fast-paced adventure, forbidden romance, unflinching heroism, and gods behaving badly you’ll love The Trials of Hercules. 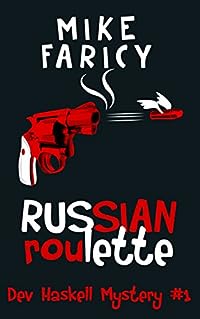 Private Investigator Dev Haskell has finally got it made!

Beautiful Kerri seems to have fallen for him. She even left Dev a note…

Apparently she just needs a little help finding her sister.

Unfortunately, it turns out both women are involved with notorious Russian mob boss, Bracko the Whacko! Things quickly go downhill from there.

In short order Dev finds himself at odds with the local police, Homeland Security, ICE, and an FBI task force. He’s got a gunshot wound and shrapnel in his rear, ouch! Not to mention he’s on the run from a psychotic killer!

It must be love… 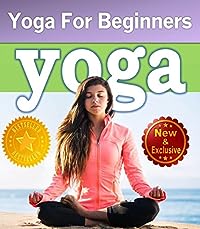 Do you find yourself intimidated by different hard-bodied pretzel poses? Would you like to learn life-enhancing benefits of yoga? If your answer is yes, it time to start experiencing the many benefits of yoga. If you are someone who may have heard of yoga, but don’t know how to begin your experience allow us to share various elements of yoga to a newcomer who may wonder whether yoga can help them. Yoga is beginning to be more recognized now than ever as a great way to feel confident and to feel fulfilled in your life. If you are ready to start enjoying life enhancing benefits of yoga, this is a must read. Allow us to help your body build strength, increase flexibility and be a healthier you. Yoga is available to everyone in this world today, and that includes you. You can learn Yoga regardless of your age, and physical condition and you can learn through the pages of this book, to become more balanced and have a more peaceful life.