I should not be as proud as I am of myself for not buying a Disney pin this week. Yes, I know it’s only Wednesday, but I stand by my statement that I have not purchased a pin all week and therefor I have achieved a huge accomplishment. It’s the middle of the week and I am already pretty drained. I need this little gold star on my board to get me through the rest of the week. It hasn’t been a bad week, just busy, so this little gold star is going to give me that extra boost. Wait one minute!! Coffee will give me that extra boost! Sip a little coffee, scroll through a few online stores for pins, achievement lost. I still have coffee though..YAY!! 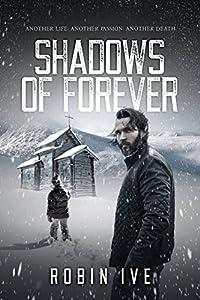 Shadows Of Forever
by Robin Ive

There are bad things in your past… … very bad things. You have no intention of remembering them – ever. But sometimes, just sometimes, your past explodes into your life in all its horror.
This is Abby Hawthorne’s story. She restores classic cars, and she’s finally making a success of it. But it isn’t what she is.
She won’t admit it, but she’s a witch and in her previous lifetime it was the death of her. Now, she’s haunted. She’s stalked. Because the evil that murdered her then has reincarnated too, it’s found her, it wants to finish what it started and it isn’t about to give up.
Abby’s only hope is to fight back and do something that will change her life forever. But can she make that monumental sacrifice?
Shadows of Forever is a supernatural thriller novel about witchcraft, reincarnation and passions that don’t die. 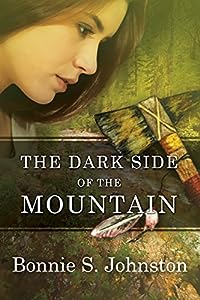 The Dark Side of the Mountain
by Bonnie S. Johnston

A blend of fact and fiction, The Dark Side of the Mountain describes two turbulent decades in the life of Anna Margaretha Mallow, an extraordinary woman caught up in events she cannot understand or control. Moved by her husband to the frontier of Virginia at the beginning of the French and Indian War, she and her five children are forced to seek safety at Fort Seybert from the notorious Chief Killbuck, who is on a death march to save his people and culture. Surviving what becomes a deadly massacre, Anna and her children are taken captive and marched to the Ohio River Valley where she endures indescribable losses and change. Only courage and perseverance sustain her during his dark period in American history. 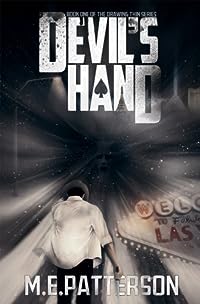 A Las Vegas poker ace with supernatural luck is swept into a world-ending conflict between fallen angels and otherworldly shades, in a thrilling debut novel for readers who enjoy Dean Koontz, Jim Butcher, and Tim Powers.

The lone survivor of a tragic plane crash, Trent Hawkins inherited a mysterious lucky streak that made him famous, and hated, in the poker circles of the City of Sin. It wasn’t long before the eyes in the sky threw him on the blacklist and chased him out of town. Now, after years away, Trent returns to Las Vegas, and walks right back into trouble.

As a serial kidnapper terrorizes the city, Trent and his wife, Susan, rescue a strange, thirteen year-old girl, only to find themselves caught in a fallen angel’s plot to cleanse Las Vegas with an unholy blizzard.

The neon begins to dim, the city freezes, and Trent is forced to make terrible sacrifices in order to protect his new charge, and learns dark truths about himself and the creatures plotting against mankind. Poker-playing demons, fallen angels, and otherworldly shades all vie to enlist his strange luck, and Trent must choose his role in the coming War, or watch our world fall to ruin beneath a blanket of shadow and ice. 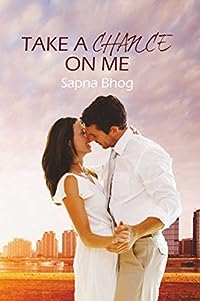 Take a Chance on Me
by Sapna Bhog

Enter a world of glamour, wealth and beautiful people. Enter the world of the Sehgal family. A brand new series of books!
KABIER SEHGAL, scion of the Sehgalempire has returned to India to take over the helm of his companies from his grandfather. His first mission is to find out who is selling his company’s secrets. When the suspicion falls on KEYA KARIA, he decides to work closely with her to expose her fraud. He accuses her of something unspeakable. But has he made the biggest mistake of all?

Brilliant, bold & beautiful, KEYA KARIA is at the top of her career. Her past is one big, dead and buried secret and she has her eyes set only on her future. But her new boss, Kabier Sehgal is making her life a living nightmare.She is tough,but can Keya stand against an adversary like Kabier Sehgal? Especially when the laws of attraction decide otherwise? 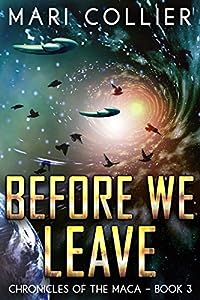 After Red O’Neal delivers a beating to his half-brother Daniel for courting his sister Antoinette, she is sent to a convent until agreeing to marry an older, wealthier man. But Antoinette manages to send a letter to her betrothed Lorenz MacDonald about the danger, and after he rescues her on the journey, Lorenz’s parents allow the marriage rather than lose their son.

When the neighboring ranch becomes under attack by Comanche raiders, Antoinette and her mother-in-law Anna are caught in a fight for life and death. Can their family survive the dangers of the violent Western frontier?

Before We Leave continues the science fiction western saga of Justine and Thalian descendants, living in Earth in the late 19th and early 20th century.