Shop Till I Drop

So it’s back to school time. Does this mean everyone gets new clothes or just the kids? I have to drive them to school, so technically I am at school as well. I can’t be showing up in the same old robe I did last year. I need a new robe and pajama bottoms. OH YAY!!! I see a shopping trip in my future! 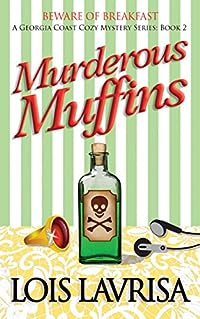 Bezu is a beautiful southern belle with genteel manners.
Her problems, however, are anything but.

Deep in debt, Bezu’s illegally taken in a few lodgers: A sweet stripper and her bodybuilder boyfriend, an Asian man loudly learning English through pop music, and a mysterious stranger with the most amazing blue-green eyes — and a secret. And when one of the boarders dies — with her muffins used as the murder weapon — Bezu must catch the killer before she ends up in jail… or worse. 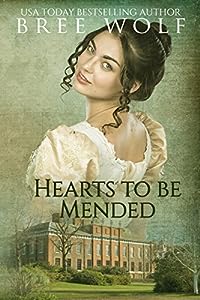 Hearts to Be Mended: A Regency Romance (A Forbidden Love Novella Series Book 6)
by Bree Wolf

A lady in love. A gentleman with a reputation. And a secret that keeps them apart.

LADY ELEANOR ABBOTT is in love. However, the one man who manages to send her heart into an uproar with a single smoldering look is the one man she is forbidden to marry. As the fifth son of a baron, the man who conquered Eleanor’s heart is not the match her mother wants her to make. Instead, Eleanor finds herself faced with an endless stream of appropriate suitors and under stern instructions to choose a suitable husband before the season’s end.

HENRY WALTHAM, fifth son of Baron Caulfield, has always considered himself fortunate to have grown up in a close-knit family. However, now that his brother’s less than respectable reputations ruin his every chance to marry the woman he loves, Henry finds himself torn between simply whisking her off to Gretna Green – and let propriety be damned! – and the deep desire to prove himself an honourable man.

However, not everything is as it seems, and soon Eleanor and Henry realise that the key to their future can only be found in the past.

This tale by a USA TODAY bestselling author shows that love isn’t always easy… but worth fighting for. 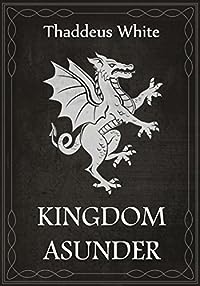 What crime is more unforgivable than treason?

Princess Karena is all that stands between the House of Penmere and ruin. The King, her brother, was gravely wounded in a failed assassination attempt, and once-loyal followers are flocking to the treacherous Usurper’s golden embrace.

But Karena knows the surest defence is attack, and will stop at nothing to destroy any rival to her brother… or herself.

Against her, the Usurper musters a vast army to crush Penmere once and for all, but in a war of treachery those closest to you can be the greatest threat.

Note: this is the Abridged Edition of Kingdom Asunder, telling the story mostly from the perspective of the Penmere side. The full edition is 40,000 words longer, and includes the rest of the story as well as the first chapter of the sequel, Traitor’s Prize. 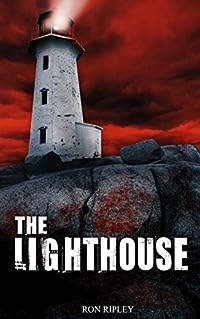 Ex-marine Shane Ryan is a ghost hunter whose troubled past haunts him almost as much as the ghosts he encounters in the line of duty. He’s the best. And his reward for excellence? The punishment of being in high demand for jobs to eradicate the worst kind of ghosts – the kind that kill.

His latest assignment is an idyllic island setting with sunny skies, crystal blue ocean and a venerable old lighthouse that makes the scenery picture perfect… except for the malevolent, murderous ghosts marring the living portrait. If Amy, the owner, wasn’t Marie Lafontaine’s cousin, Shane would have steered clear of Squirrel Island and its diabolical dead. But Detective Lafontaine is his do-or-die friend. He’d do anything for her. Even face Dorothy, the undead Evilena who kills anyone invading her unholy domain. Add two shipwrecked couples to the mix and Shane has more trouble than he wants to handle.

Shane’s mission is clear: rid the island of Dorothy and her band of undead while keeping his new charges alive. But how could he know that staying alive meant facing the worst evil ever imagined? 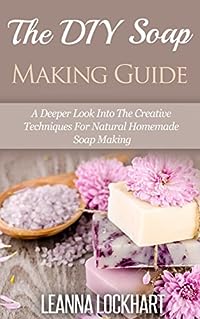 The Secret To The Simple World of DIY Beauty

If you’re completely new to Soap Making, and have ZERO Soap Making experience, you’ll want to check out my first book on Soap Making. I breakdown the entire Soap Making process and make it so simple, that your 90 year old Grandmother will think it’s easy.

Knowing how to make soap is such a great thing that once you learn how to do it, you won’t be able to stop yourself from wanting to learn more!

This was not the case, as I found I could make even MORE recipes, understand MORE about the process, and get MORE out of soap making than I ever thought possible.

Let Me Show You How You How EASY It Is To Do The Same!?

In this book, you will find lists, tips, tricks, and plenty of recipes for making your own soap right at home.

Use the information in this book to sharpen and cultivate your soap making abilities far beyond what you currently know.

I’m even going to show you how to SELL YOUR SOAP FROM HOME once you’ve made it!

Everything within these pages lets you know exactly what to do, how to do it, and how to sell your soaps with my proven techniques.

As go through the book, you’ll learn:

– Why you should make soap

– Giving soap as gifts for holidays

– Different techniques you can use

– How to make different types of soap