Poor Junebug was a wreck this morning. Today is the first day of school, so it was back to getting up at 3:30am for me. The alarm went off and as I was plodding down the hall straight to the coffee machine, she dragged herself out of bed to start her usual morning routine. I think she was a little confused, because when I get up it doesn’t usually hurt her this bad. Her ears were drooping as low as I have ever seen them and her tiny feet were dragging quite a bit. Despite how bad she felt, she still made her way down the hall to go potty in the backyard. I think out of habit she went to where Jethro’s bed is to check on him, but once she got there she remembered he isn’t here anymore. That kinda stung. I let her outside to do her business and then quickly back in. I just couldn’t watch that sweet little wreck suffer anymore, so I put her back in bed. She didn’t fight it and went back to sleep instantly. I hope to golly the first day of school isn’t this rough on my baby bassets. 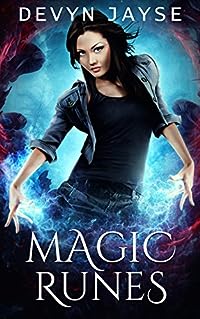 Meet Carmen Rebello – Rune Witch, owner of the best magic store in Barcelona, and black sheep of her family.

When Carmen successfully removes a spell from a bewitched human, she never thought she would get ensnared in an ongoing Supernatural Bureau of Investigation case. Her life is already complicated by trying to stay hidden from her powerful family members, Carmen can’t afford the attention of joining the investigation but the SBI insist on her involvement. Add an annoying (but hot) SBI agent and her life is getting more difficult by the day. Can she help the SBI without exposing her identity?

Magic Runes is the intriguing first novel in the Magic Runes series. If you enjoy stories filled with supernatural creatures, magic and mystery, and a sprinkle of romance in an urban fantasy setting, this is the book for you! 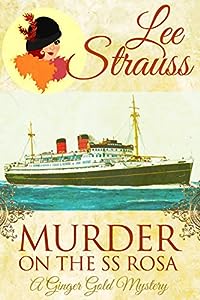 Murder on the SS Rosa: a cozy historical mystery – a novella (A Ginger Gold Mystery Book 1)
by Lee Strauss

It’s 1923 and young war widow fashionista Ginger Gold makes a cross-Atlantic journey with her companion Haley Higgins to London, England, to settle her father’s estate. When the ship’s captain is found dead, Ginger is only too happy to lend her assistance to the handsome Chief Inspector Basil Reed.

The SS Rosa delivers a convincing array of suspects – the wife, the mistress, a jealous crewmate. To Ginger’s dismay, her name has been added to the list!

With a little help from Ginger’s dog Boss, Ginger and Haley navigate the clues (those wartime operative skills come in handy). They must solve the case and clear Ginger’s name before they dock – and oh, whatever shall she wear?

A fascinating introduction to a character that will rival Miss Fisher in the cozy genre set in the period between world wars. 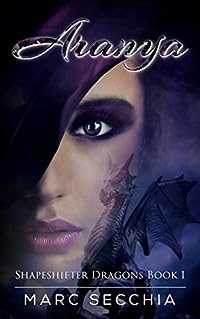 Chained to a rock and tossed off a cliff. What if she did not die? What if she could spread her wings and fly?

Long ago, Dragons ruled the Island-World above the Cloudlands. But their Human slaves cast off the chains of Dragonish tyranny. Humans spread across the Islands in their flying Dragonships, colonising, building and warring. Now, the all-conquering Sylakians have defeated the last bastion of freedom – the Island-Kingdom of Immadia, Aranya’s beloved homeland.

One will stand against. One will defy the fates until her last breath. Evil has a new enemy. Aranya, Princess of Immadia. Dragon Shapeshifter.

Fall into an adventure beyond imagination. Islands above the clouds. Dragons. Tyrants to topple, betrayal, fiery romance, lashings of humour and a battle to win. Fly high with two best friends as they take on the might of the Sylakian empire in this rollicking, unforgettable dragon tale.

In California, one of the largest nuclear centers of the United States is targeted by terrorists. Aided by an inside man, the extremists plan to seize the reactor and scatter radiation to the winds, wreaking havoc to the world.

Standing in their way are two misfit security guards, whose romantic escapade temporarily takes them off the terrorists’ radar. After realizing what is happening in the power plant, they find themselves in a battle against time and overwhelming odds. 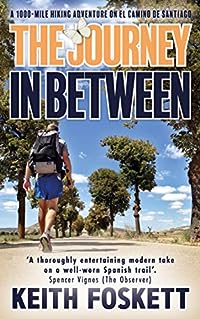 The Journey in Between: A Thru-Hiking Adventure on El Camino de Santiago
by Mr Keith Foskett

El Camino de Santiago, also known as The Way, is the fabled path that weaves through French and Spanish countryside to its hallowed destination at Santiago de Compostella.

Thousands attempt to hike its entirety each year: some succeed, many fail.

One man struggling at a crossroads in life meets a stranger in a Greek bar who points him in the right direction. A week later, he finds himself starting El Camino, a 1000-mile hike that will change him.

From the pain of blisters and extremes of temperature to encountering kleptomaniacs, fake faith healers and being threatened with arrest in Spain for ‘not sleeping’, his hike was far from normal.

This is the story of one man’s walk, but it speaks to all who see life itself as a journey and are alive to the revelations that an escape to nature can bring. Written with insight, observation and a healthy dose of humour.

As this book shows, it is rarely the start and the finish that count, but the journey in between.