A Little Dark & A Little Sweet

“I’ve always believed that the best stories come out at night. Like my favorite chocolate, my books are a little dark and a little sweet. If you like supernatural suspense or paranormal thrillers, then these books are for you!” -Michelle Scott 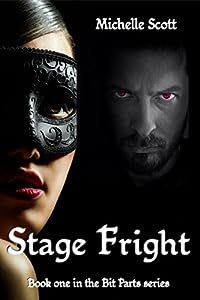 Twenty-three-year-old Cassandra Jaber worries that her acting career has ended before it even got started. Instead of making curtain calls, she’s filling coffee cups at her uncle’s restaurant. Then she meets the influential playwright Victor Stuyvesant. Cruel, bloodthirsty Victor is willing to make Cassie his leading lady. But only if she agrees to pay his terrible price.
But before Cassie can make her decision, she meets Isaiah Griffin, a broken man with a mysterious past who knows more about Victor than he’s willing to admit. As Cassie pursues him hoping to find the truth, she wonders if Isaiah holds the key to her salvation. And her heart. 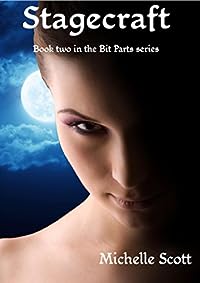 When a member of the local vampire grieve is murdered right under her nose, aspiring actress Cassandra Jaber becomes the prime suspect. Now every vampire in the city wants her blood. Luckily, Cassie’s got Isaiah Griffin, the hottest slayer in the city, watching her back. But when a rival grieve from out of town stirs up even more trouble, it may take more than a handful of wooden stakes to stop them. 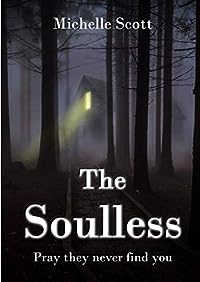 The Soulless
by Michelle Scott
Genre:

The soulless are always hungry.

They prey upon society’s outcasts–the lonely, the desperate, the guilty–feeding upon the rage and lust and fear hidden in these human hearts. Once they find a victim, they are able to erase the boundary between impulse and action, turning an angry thought into murderous rage and a simple desire into manic obsession.

Only one person understands the danger. Evander Calhoun has spent a lifetime protecting his unsuspecting neighbors from these evil spirits, but–after a nearly a century of service–the old man no longer has the strength to continue the fight.

Evander must find a replacement. But, despite the fact that his master was a nearly crippled, illiterate, farmhand, Evander staunchly refuses to consider anyone but a strong, young male for an apprentice. In fact, he is so blinded by prejudice that he is apt to overlook the best chance he has of saving his beloved town. 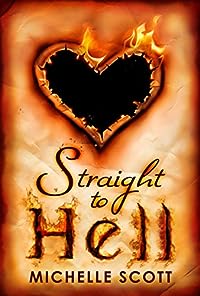 The Devil Never Forgets a Deal

I, Lilith Straight, was the woman you always wanted to be. I was married to someone better looking than your husband, we lived in that house you always wanted. Within a year, however, all of that changed. My marriage dissolved, my house burned down, and my job hardly paid the bills. So when I was hit by a car and died, I thought my life couldn’t get any worse. Boy, was I wrong.

Hell was not the place I imagined. It was worse. During my brief stay, I learned some disturbing truths about my family. Most worryingly my ancestor’s deal with the devil promising him every female descendent as a succubus.

So these were my options: Life on earth as a soul-sucking seductress. Or death and pass the succubus baton to my sweet little daughter. There was no choice. Welcome to hell on earth, Lilith. Mother, teacher, wanton she-demon. 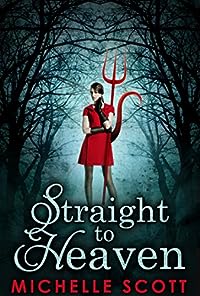 Welcome to my life. I’m Lilith Straight, Hell’s newest employee. Although I’m getting pretty good at letting the succubus inside me take over, life in Hell is never easy. Miss Spry is up to her old tricks. She promised to let me save my daughter from my fate, but only if I can tempt my next client.

That’s how I end up horns-to-halo with a guardian angel determined to rescue my next victim. To make matters worse, William Benedict, the hottest demon in Hell, is trying to undermine my mission with some temptations of his own…

Nothing is ever what you expect in Hell, but really I should have known that already!